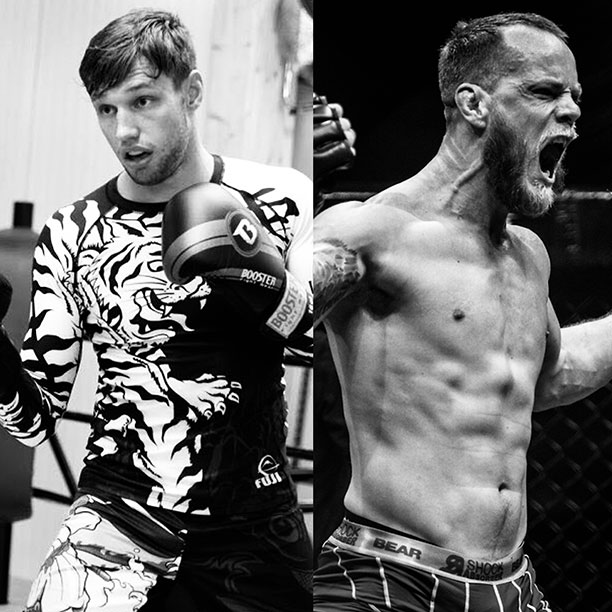 Johannesburg, South Africa – Excitement for the first EFC event of 2018, taking place live at Carnival City on 10 March, continues to grow. The final fight on the main card has been revealed, with South Africa’s Warren Allison taking on the Netherland’s undefeated Reinier De Ridder at middleweight.

Bloemfontein’s Allison has had a recent return to form that has seen him finish EFC veteran Roelof Scheepers and former champion Gideon Drotschie – impressive victories at heavier division than he has been accustomed to. A third straight win for the GBMMA athlete, especially against an opponent of De Ridder’s caliber, would put him in the top three in the division.

However, where Allison is renowned, De Ridder is potentially even stronger. An Abu Dhabi world Brazilian Jiu Jitsu championship medalist, the Dutch athlete is undefeated in Mixed Martial Arts. He holds a perfect record of eight wins, 6 of which are by submission.

Towering at 1,9 meters (11cm taller than Allison) he fights out of Combat Brothers in Breda and has been proclaimed as the next big thing in the middleweight division. His reputation is that similar to EFC double-division champion Dricus du Plessis, a man who is right in De Ridder’s crosshairs.

Upon signing for the fight against Allison, De Ridder stated, “I see the fight going like my previous 8 fights.”

He continued, “I’m going to hit Allison with some good s***. He is going to have a hard time hitting me. Then when I decide to, I’m going to take him down and finish the fight, representing Jiu Jitsu.”

“I am ready to take over EFC’s middleweight division,” De Ridder concluded.

Whoever the victor, EFC 67 will more than likely see the rise of a new middleweight contender.

This fight takes place on the main card just ahead of the inaugural EFC women’s strawweight clash between RSA’s Danella Eliasov and Italy’s Chiara Penco and the EFC featherweight championship fight between DRC’s Igeu Kabesa and RSA’s Boyd Allen.