BREAK IN COMPETITION FOR PENA SEES HIM RELINQUISH TITLE 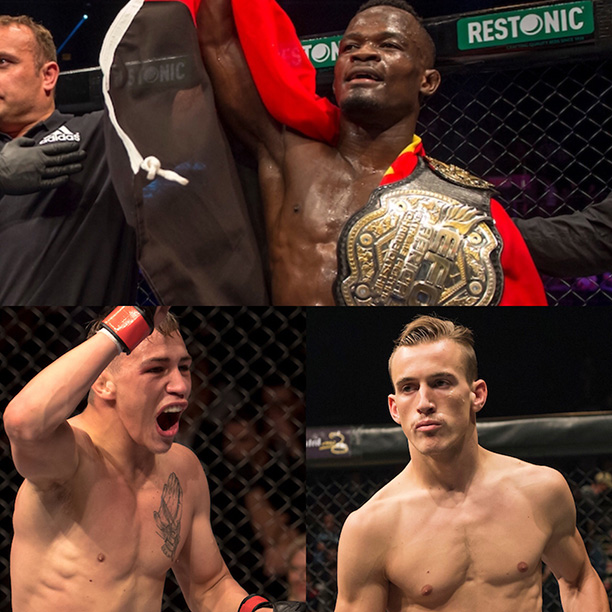 Johannesburg, South Africa – At the final event of 2017, the undisputed and undefeated bantamweight champion, Demarte ‘The Wolf’ Pena, stated that he needed a break from competition. After weeks of discussions, Pena has decided to officially relinquish his EFC belt and has left the hotly contested bantamweight division vacant.

“I am relinquishing the title to focus on other things in my life. It isn’t right to hold up the division, others should fight for the belt and get their opportunity,” stated Pena.

After a mammoth and successful court battle, coaching on the massively viewed reality TV show ‘The Fighter’, and going on to defend his title in the biggest fight in his career, 2017 was likely the most physically and emotionally taxing year of his life. And with no shortage of highly competitive challengers pushing him to continue to perform at his best and above the rest, it’s understandable that the Angolan star wants some time off.

“Although we tried everything to keep Demarte in competition, him deciding to relinquish has created some really interesting and exciting prospects for the bantamweight division,” stated EFC President, Cairo Howarth. “We have the number one contender, France’s Phillipé Rouch and Demarte’s former teammate and the former flyweight interim champ, JP Buys, ready to go. The competition for the now vacant title is huge!” Howarth concluded, “we look forward to working closely with Demarte outside of the Hexagon.”