COUNTDOWN TO EFC 67 HAS BEGUN! 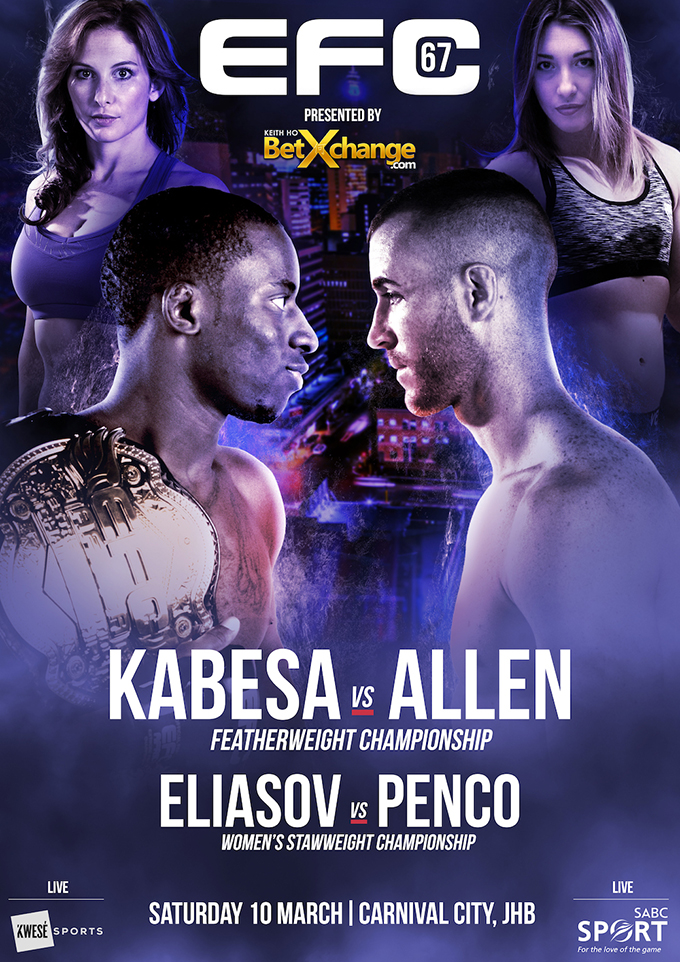 Johannesburg, South Africa – Fight season is here and it all goes down live from Carnival City, Johannesburg in just 10 days… The countdown to EFC 67 has begun!

WATCH the extended preview of the COUNTDOWN show: https://youtu.be/2MLBbYXIlzc

On Saturday March 10, former teammates, turned rivals, are set to collide as EFC featherweight champion Igeu Kabesa and former champion Boyd Allen go head-to-head in what has rightfully been billed as the biggest fight in the EFC featherweight history.

Joining them on the main stage is a momentous match-up for the inaugural womens’ strawweight championship. South Africa’s Danella Eliasov and Italy’s undefeated Chiara Penco are set to clash for the ultimate prize.

But first, 7 action packed prelim bouts, bought to you by BetXchange.com set the tone for a night of fights not to be missed!

Book your tickets now at computicket.com 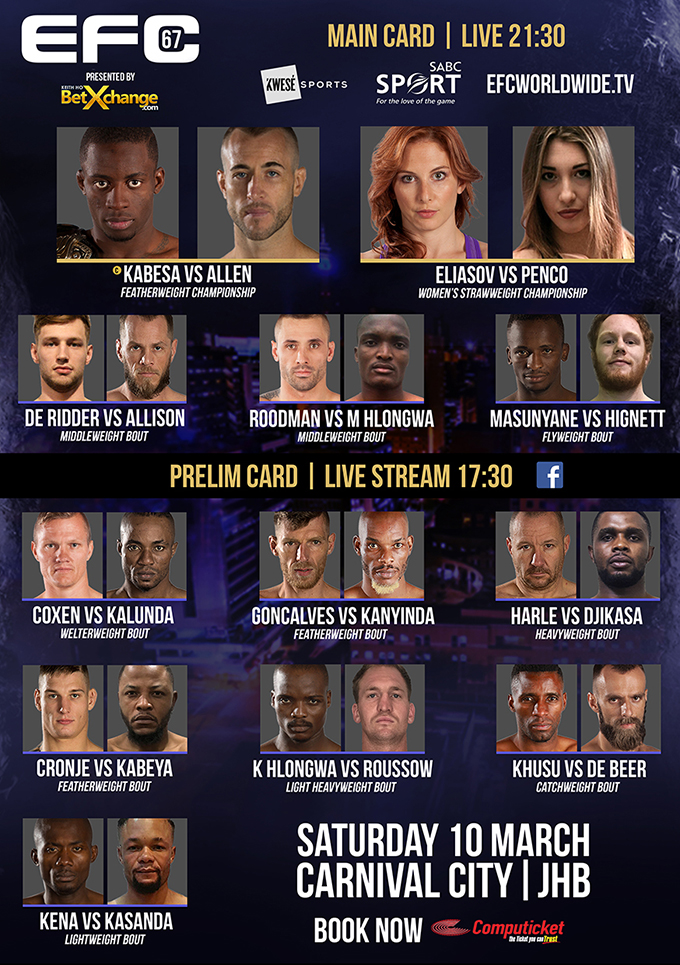 EFC 67 Kabesa vs Allen, Eliasov vs Penco is presented by Betxchange.com and takes place on Saturday 10 March live from Carnival City, Johannesburg. Tickets are on sale at computicket.com, and the 5 main card bouts will be broadcast live on kwesesports.com (Sub-Saharan Africa), Kwesé Free Sports 1 (Kenya & Rwanda) and live in South Africa on SABC 3 starting at 21:00 (CAT). Full broadcast details available on efcworldwide.com.