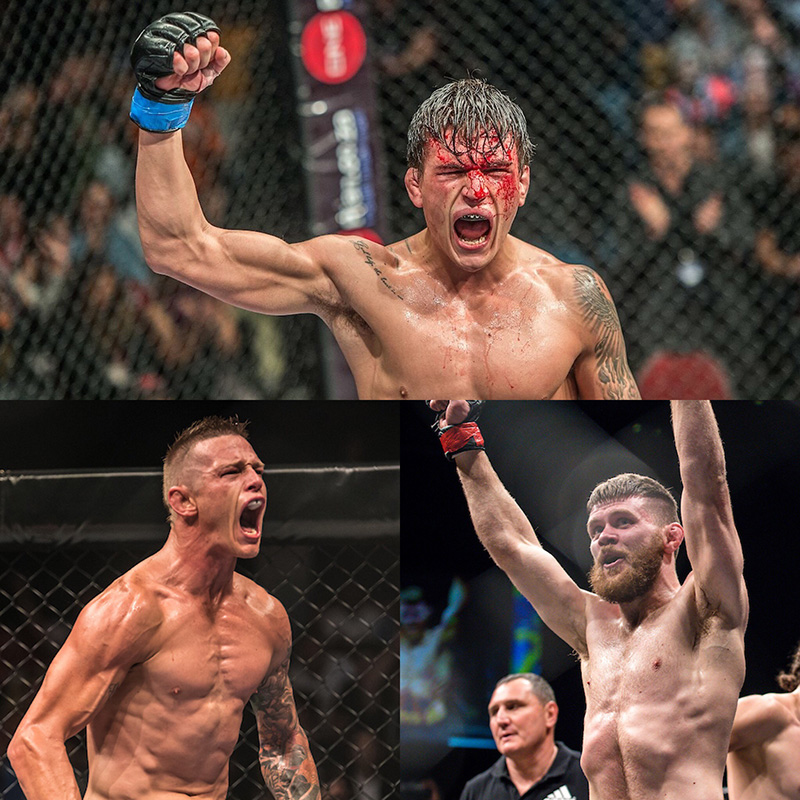 Cape Town, South Africa – Ahead of his scheduled title defense in Cape Town, EFC lightweight champion Don Madge (7-3) has just been offered a shot in the Las Vegas based promotion, Ultimate Fighting Championship (UFC), and has no choice but to relinquish his EFC title and take the once in a life-time opportunity. Madge has had to vacate the EFC lightweight title, but in doing so it has left an opening for his teammate, Martin van Staden (18-9) to face the No.1 contender, England’s undefeated Gavin Hughes (9-0) for the now vacant championship.

Madge was recently hired as the prime training and sparring partner for legendary UFC women’s featherweight champion Christiana ‘Cyborg’, assisting her in her victorious title defense at UFC 219. While there, UFC had shown interest in the EFC champ and this morning offered him a contract with the promotion.

Van Staden is a legend of African MMA. He holds one of the largest records in EFC. Has fought for the welterweight title twice and since his move to lightweight, has seemed unstoppable with three T/KO victories in a row. Now, he steps up to the challenge of undefeated Hughes.

Hughes entered the EFC Hexagon for the first time as a potential number one contender, his test for legitimacy was the highly regarded and then unbeaten Deon Bruning. Over three rounds Hughes displayed a warrior physicality and an onslaught of striking to assert his dominance over the South African, and claim his spot as the man to challenge for the belt.

“We are delighted with Don’s success and wish him all the best in his UFC endeavors,” stated Cairo Howarth, EFC President. “I am really looking forward to seeing his successes in the UFC and I can’t wait to see who takes his place.”

EFC 68 Van Staden vs Hughes is presented by Betxchange.com and takes place on Saturday 31 March live from GrandWest, Cape Town. Tickets are on sale soon at computicket.com, and the 5 main card bouts will be broadcast live on kwesesports.com (Sub-Saharan Africa), Kwesé Free Sports 1 (Kenya & Rwanda), TVplayer (UK) and live in South Africa on SABC 3 starting at 21:00 (CAT). Full broadcast details available on efcworldwide.com.

About EFC® – The Extreme Fighting Championship®

Headquartered in Johannesburg, South Africa, EFC is a world leading mixed martial arts (MMA) organisation. The Extreme Fighting Championship produces 10 live events annually at sold out arenas. With over 150 athletes exclusively contracted to the organisation, EFC showcases the greatest warriors on the planet.

EFC events are broadcast live in over 120 countries around the world on numerous television networks in multiple languages. EFC programming is available weekly in 600+ million TV households worldwide, making it one of the most recognisable MMA brands on the planet.