MAKE-IT OR BREAK-IT FOR MADGE IN CAPE TOWN 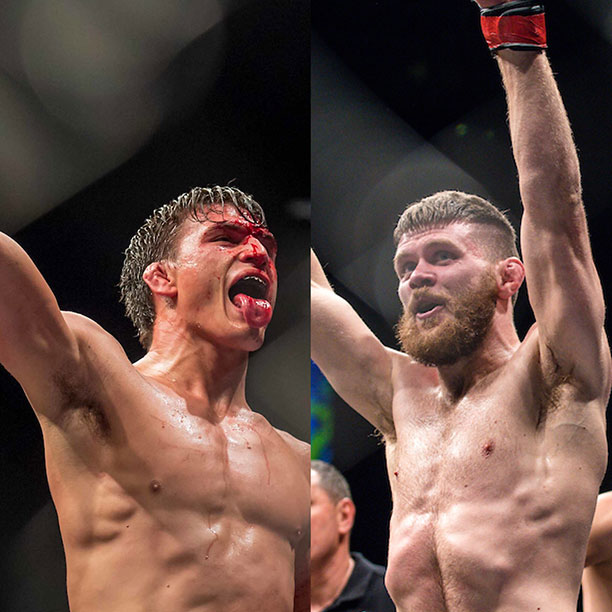 His growth throughout his mixed martial arts career has been constant, and staggering. Through his spectacular defeat of former champion Costa Ioannou to take the title, to his unforgettable rivalry with the brutal Leon Mynhardt, he has been a benchmark of aggression and skill in the EFC organisation’s deepest division.

In mid 2017, after fighting his way back to title contention, Madge faced the most devastating force the lightweight division had yet seen – the USA’s Dave Mazany. In two rounds, showcasing his elite Muay Thai and grappling, Madge did what was considered impossible and submitted the then champion, reinstating his legacy in his own hometown – ‘The Mother City’.

The ‘Magic Man’s’ victory heralded the arrival of the fully formed athlete he always threatened to be – a supremely skilled machine, merciless and now with an iron temperament not be broken.

“No one is going to take this belt from me!” bellowed an emotional Madge after reclaiming the gold strap, a mighty message to all, and a signifier of the new era of his career.

Soon after, Madge was hired as the prime training and sparring partner for legendary UFC women’s featherweight champion Christiana ‘Cyborg’, assisting her in her recent victorious title defense at UFC 219.

For Madge it’s clear, this is his make-it or break-it fight and where better than in Cape Town!

Hughes entered the EFC Hexagon for the first time as a potential number one contender, his test for legitimacy was the highly regarded and then unbeaten Deon Bruning. Over three rounds Hughes displayed a warrior physicality and an onslaught of striking to assert his dominance over the South African, and claim his spot as the man to challenge Madge.

“I believe Deon is a tougher fight than Madge,” stated Hughes after his victory over Bruning. “Madge can say what he wants. I am going to fight him. Trust me, I will be the EFC champ.”

Upon signing for his title defense, Madge confidently told EFC: “Hughes is not in my league.” But notably, it’s a simple message reminiscent of what Costa Ioannou once said about him.

The time has come, a new enemy has entered and a city is braced for battle.

EFC 68 Madge vs Hughes is presented by Betxchange.com and takes place on Saturday 31 March live from GrandWest, Cape Town. Tickets are on sale soon at computicket.com, and the 5 main card bouts will be broadcast live on kwesesports.com (Sub-Saharan Africa), Kwesé Free Sports 1 (Kenya & Rwanda), TVplayer (UK) and live in South Africa on SABC 3 starting at 21:00 (CAT). Full broadcast details available on efcworldwide.com.