EFC IN-LINE FOR 3rd SPORTS BRAND OF THE YEAR TITLE

Restonic nominated for Sponsorship of the Year 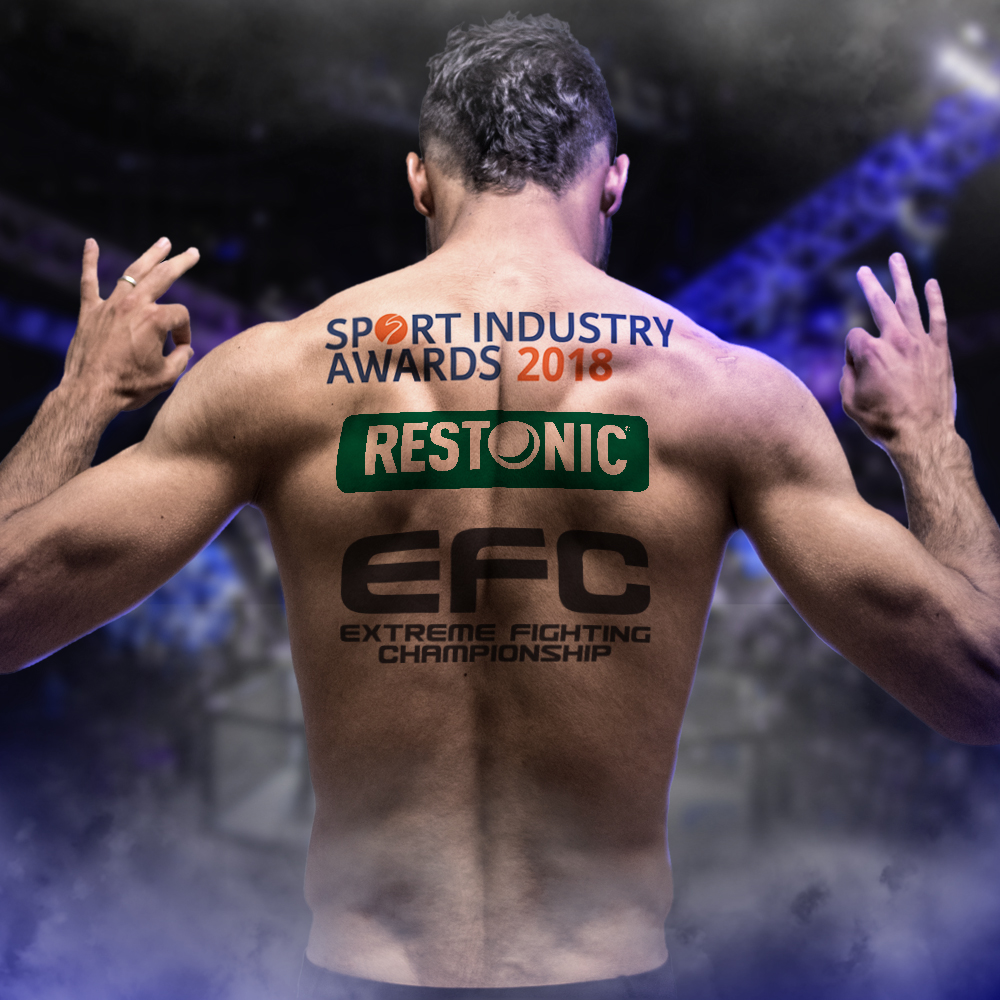 Johannesburg, South Africa – EFC, one of the world’s leading mixed martial arts (MMA) organisations, has once again been recognised as one of South Africa’s premier sport brands.

In both 2014 and 2015 EFC was voted Sport Brand of the Year ahead of stiff competition. Last week, the 2018 Sport Industry Awards finalists were announced, with EFC and its partner Restonic Mattresses being shortlisted for two separate categories, ‘Sport Brand of the Year’ and ‘Best Sponsorship of an Event’.

“We are hoping to successfully reclaim our title,” stated EFC president Cairo Howarth. “Year after year we continue to push the boundaries of sport entertainment, and being nominated once again is testament to that.”

“It’s an honor to be nominated for this prestigious award,” stated Dale Harley, Marketing Manager Restonic. “Sport has worked for us in the past. Restonic used Boxing and Baby Jake to put Restonic on the map in the early 90’s, and today we’ve chosen EFC as it’s a sport that has exploded on a global scale. So far, our sponsorship has been a huge success.”

Harley added, “It was a challenge to link our soft, gentle brand to a hard and tough sport like MMA. We have managed to achieve this by using humor and highlighting the importance of quality sleep to perform at your best. The brand exposure has been unbelievable; the sponsorship gains massive momentum after each event and we believe that this is only the beginning.”

The television commercial ‘Dream’, commissioned by Restonic and featuring a live EFC event as part of the Restonic sponsorship campaign, has been shortlisted for ‘Best Sponsorship of an Event or Competition’.

The Sport Industry Awards recognise the greatest achievements across the entire business of sport, including the most outstanding and innovative work in marketing, PR, advertising, community investment and sponsorship, and is considered the most prestigious sports awards ceremony on the African continent.