Predictions ahead of this Saturday’s EFC 68 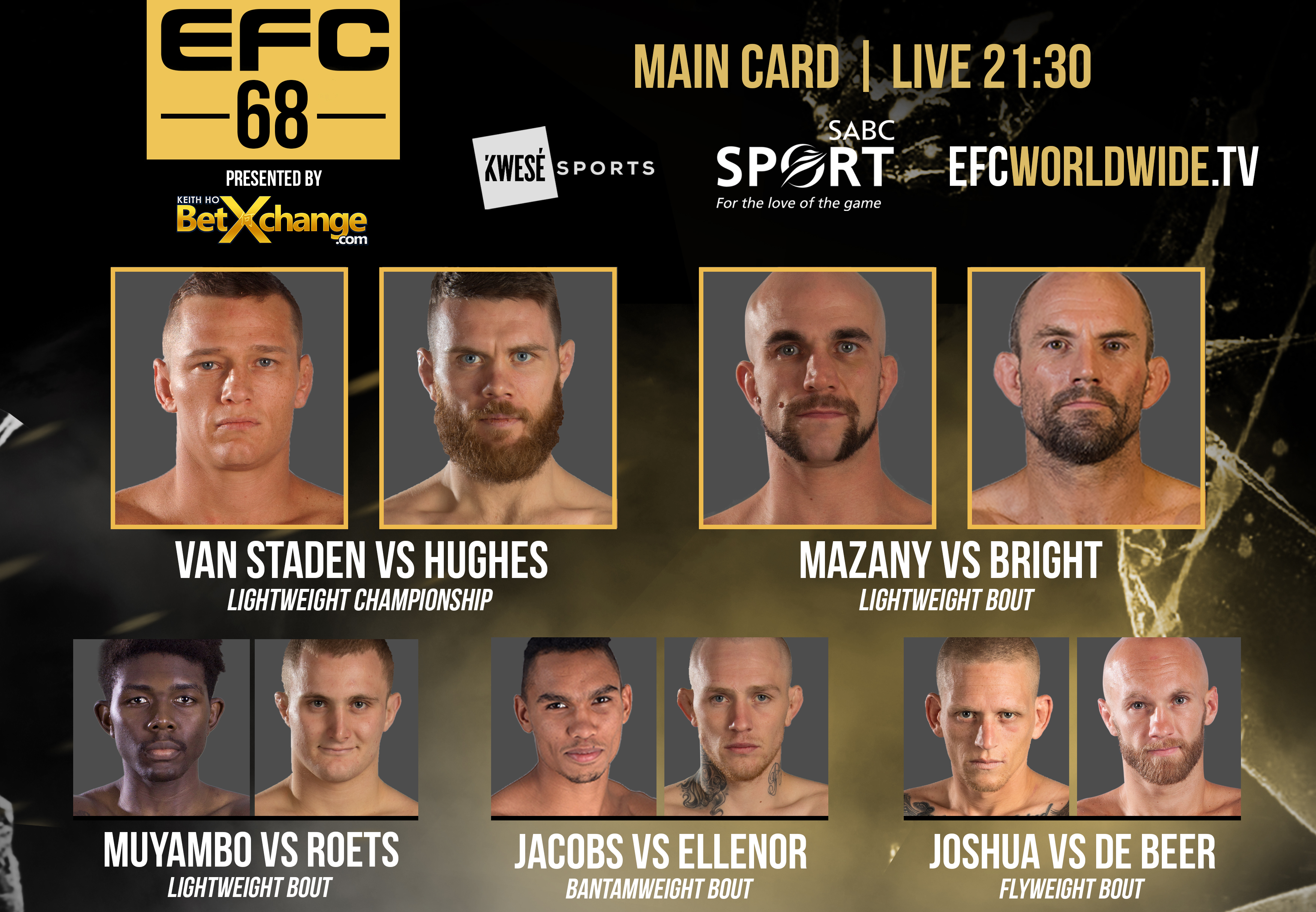 Johannesburg, South Africa – The debate on who will win a fight is generally heated and the fight card at EFC 68 sees no exception, but one man may have better insight on the main event than any others… the former champion, Don Madge weighs-in.

Two division champion Dricus du Plessis also put his predictions up on twitter. Listing his former opponent van Staden as the one to who will emerge the victor on Saturday. He also stated that he sees Mazany, Muyambo, Jacobs and Joshua would walk away with the wins.

EFC bantamweight contender Kevin Pheko has it as the Englishman to win on Saturday night. Meanwhile Mazany, Muyambo, Jacobs and Joshua to win their respective bouts.

Opening odds (subject to change) have opened on BetXchange.com.

Place your bets now. If fans place an accumulator of R150 using Madge’s main card predictions, they could stand a chance of winning over R1000.