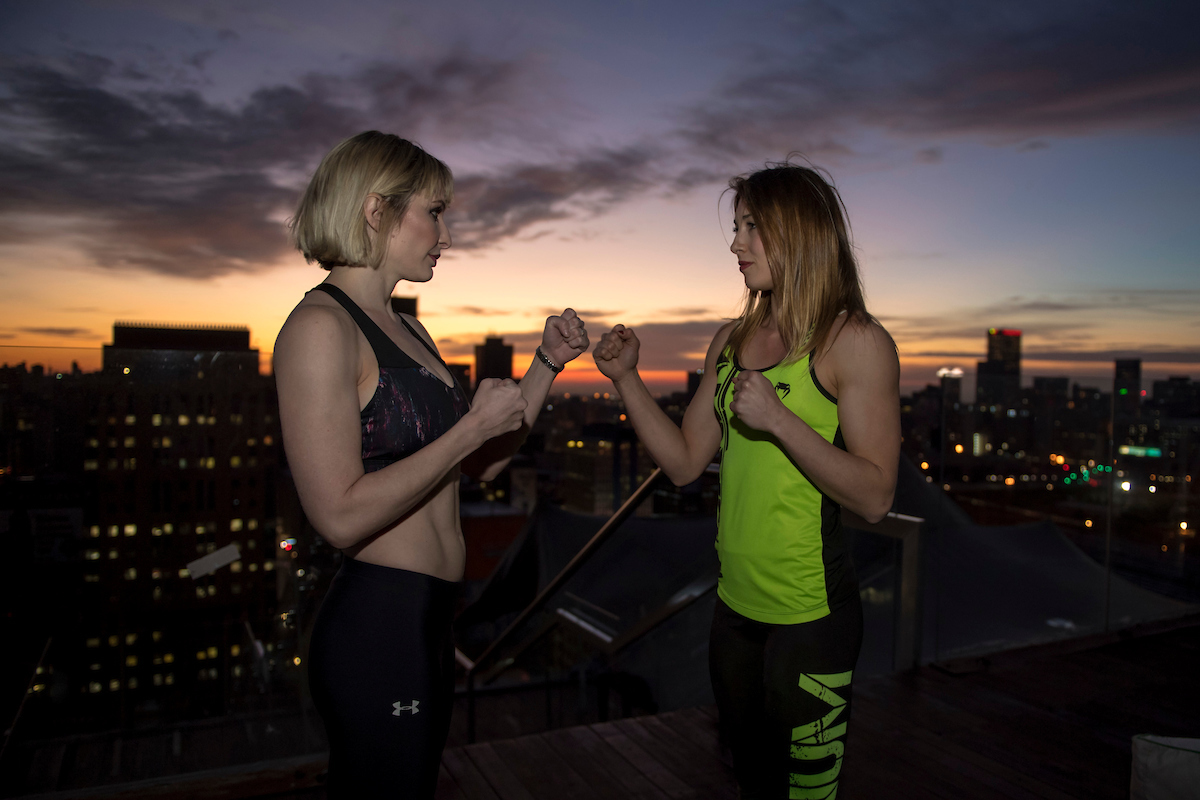 Causing a shift at the top of the fight card and placing the ladies in the main event, Boyd Allen official withdrew from his fight against Igeu Kabesa and has been replaced by Brazil’s highly experienced Paulo Silva.

In a fitting location and time, signaling the start of a new era in MMA, Dr Danella Eliasov and Chiara “Beasty Barbie” Penco recently appeared for a photoshoot above the Johannesburg skyline.

“It has been a long journey,” stated Eliasov. “From begging EFC for a fight and now we are headlining. It is a dream come true.” She concluded, “Now to put on a show!”
Notably, BetXchange.com opened odds this week and placed Dr. Eliasov as the favorite ahead of their strawweight championship fight.

Eliasov vs Penco is only the second women’s title fight in history to headline an EFC event. Amanda Lino defeated Jacqualine Trosee last year at EFC 60 for the EFC women’s flyweight championship to become the first ever women’s champion. 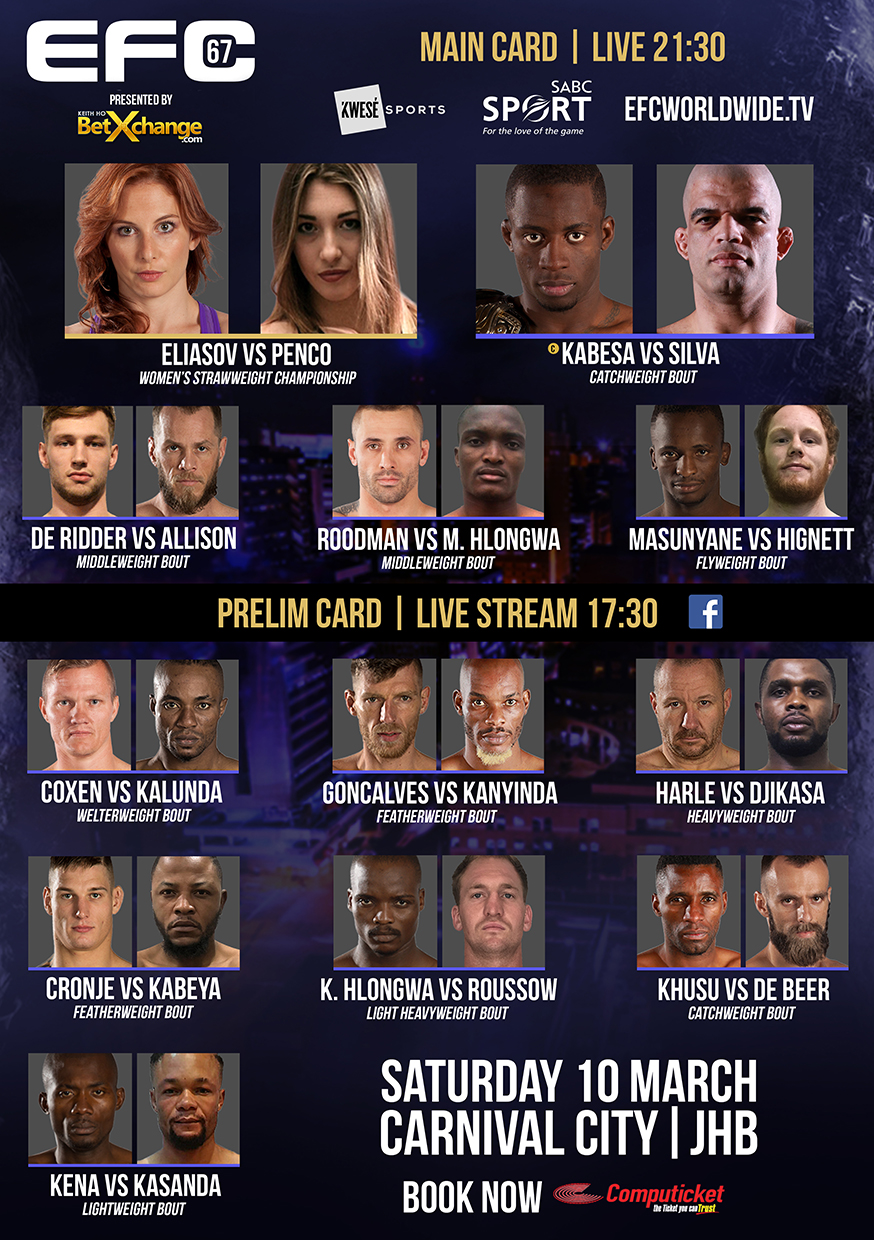