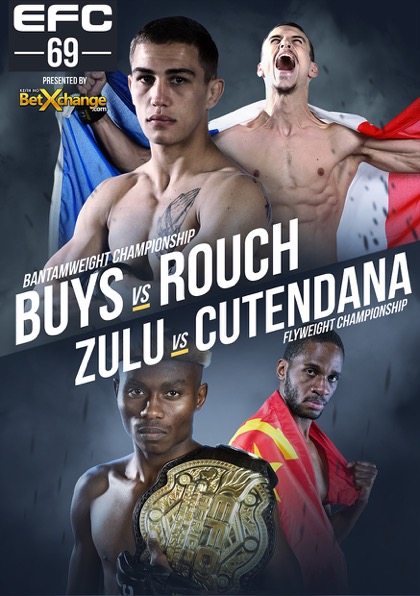 Johannesburg, South Africa – The countdown to EFC 69 has begun, and if you don’t yet know what you’re in for, watch this:

On Saturday 28 April, brought to you by BetXchange.com, two epic title bouts and a line-up of explosive bouts are set to take place.

6 action packed prelim bouts featuring some of the organisation’s most exciting athletes kick-off the highly anticipated fight card, see you there! 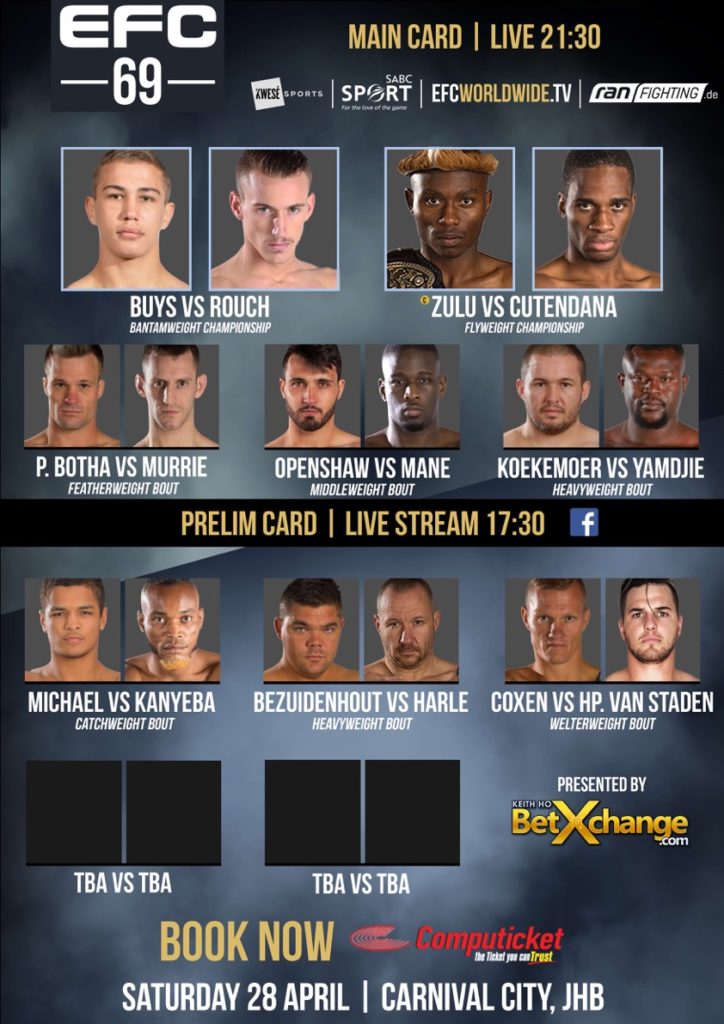