“LESAR HAS EARNED HIS SHOT” 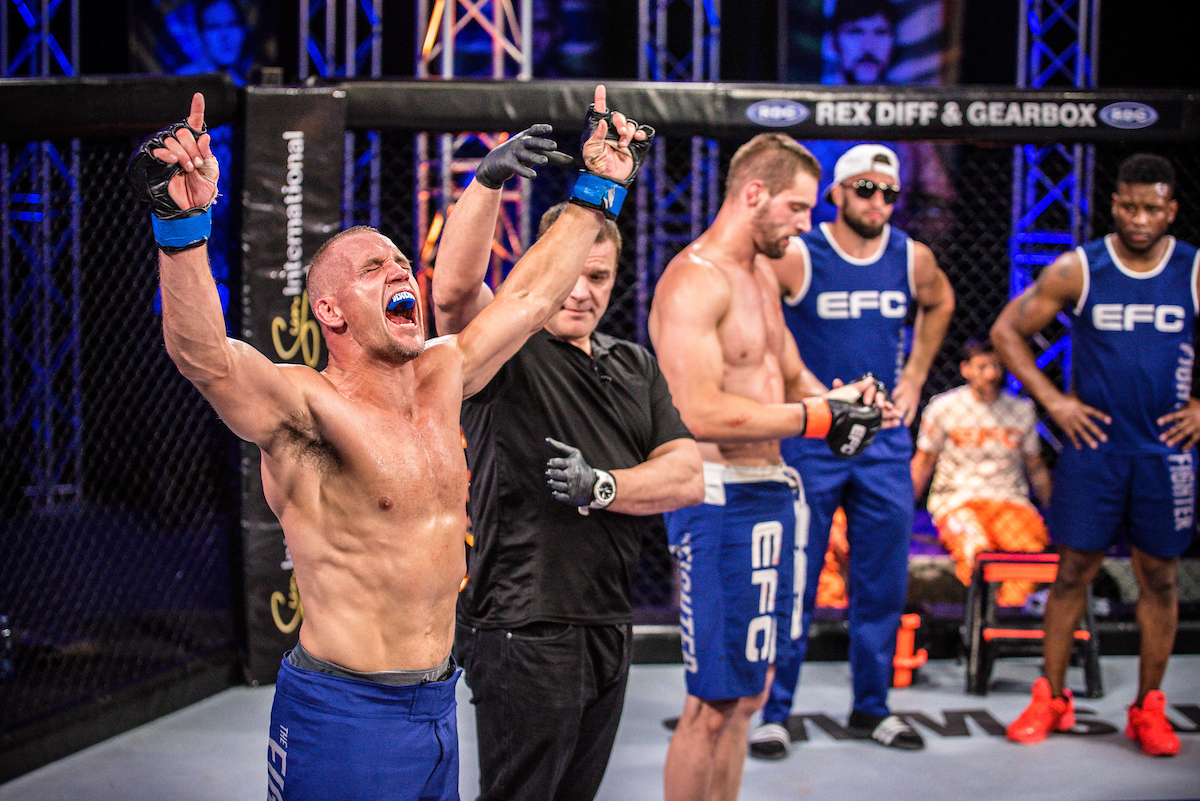 Lesar earned his number one contender status by winning last year’s reality TV show TF1, that saw 11 undefeated fighters from around the world collide in a knockout tournament featured weekly on television.

Fighting his way as an underdog from the beginning, Lesar bested all four of his opponents on the way to claiming the number one spot. Along with a guaranteed shot at the EFC middleweight championship, the TF1 winner earned a six-figure fight contract.

Added to this feat, the Johannesburg based athlete and father of three has remained undefeated in all levels of mixed martial arts, having never lost as an amateur or professional.

“Brendan is undefeated in professional and amateur MMA, he has beaten 4 undefeated opponents from around the world and he won #TF1 in the process,” stated Graeme Cartmell, EFC Matchmaker. “Over and above everybody, Lesar has earned his shot!”

Having been offered to defend his EFC middleweight strap against the dangerous Lesar, Du Plessis has refused the fight.