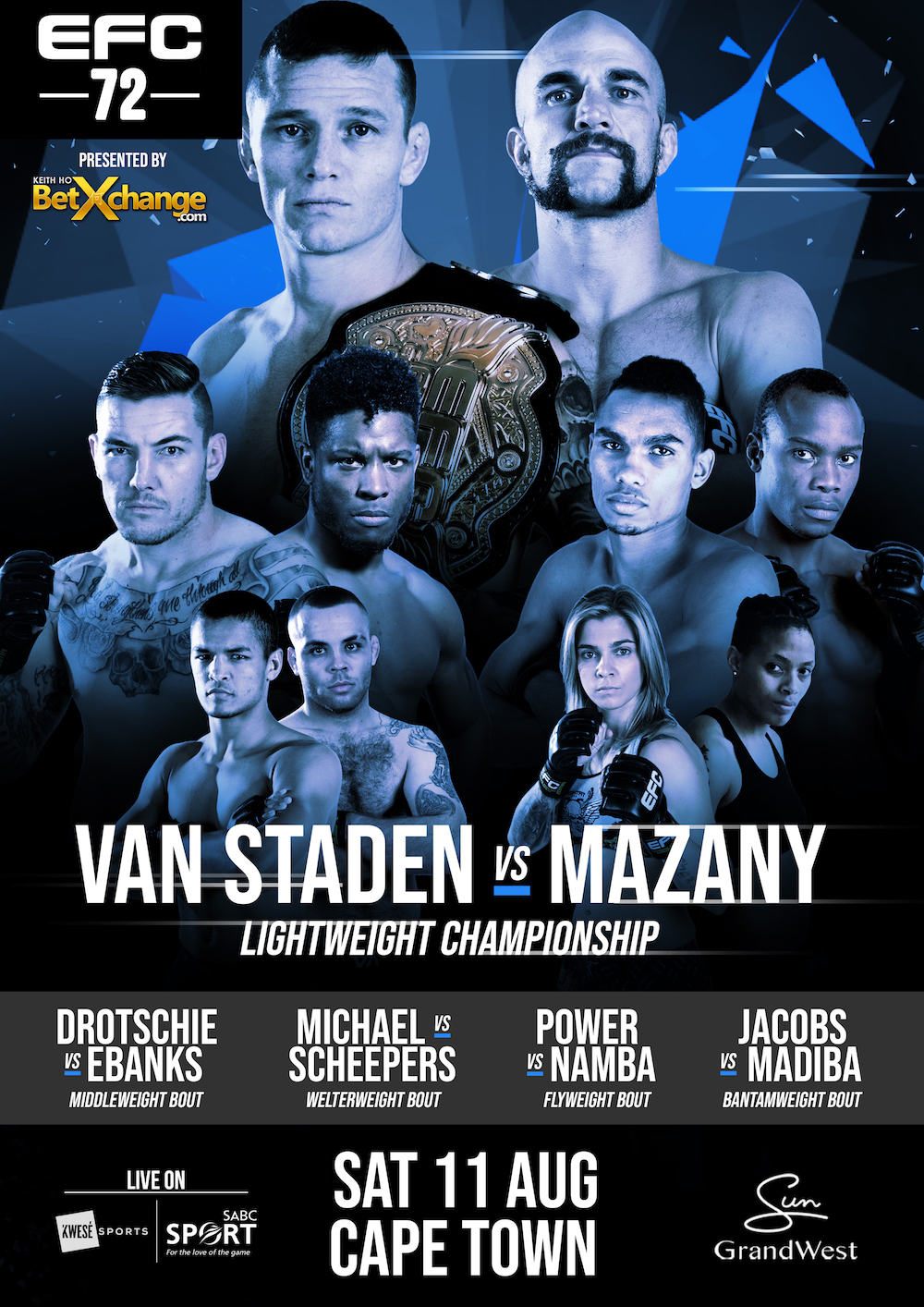 Cape Town, South Africa – EFC 72, presented by BetXchange.com, is just over 3 weeks away!

On Saturday 11 August, live from GrandWest, Cape Town, an epic title fight and a line-up of explosive bouts are set to take place.


The former champion, Dave Mazany returns from Las Vegas determined to reclaim what was once his. The ‘Pain Train’ is on a collision course with the reigning EFC lightweight titleholder, Martin ‘The Punisher’ van Staden.

Added to this massive title fight, the card sees former light heavyweight champ, Gideon Drotschie, making his long-awaited drop to middleweight to face former TF1 contestant, England’s Jenaid Ebanks. In the midst of career resurgence and in a new division, Drotschie will be out to make a statement against his formidable foreign opponent.

Two of the most exciting athletes to have ever featured inside the Hexagon will go head-to-head as Cape Town favourite Faeez Jacobs takes-on the electrifying Tumisang Madiba. Fans can expect all out action when these two EFC stars collide.

The women’s flyweight clash between two accurate and devastating strikers sees Shana Power and Cape Town boxing star Paulwethu Namba battle it out. And in the opening fight of the live broadcast a grudge-match is set to go down as former teammates, Luke Michael and Armand Scheepers collide. Having trained together for years, they have a deep understanding of each other’s strengths and weaknesses and will exploit them at any cost in search of victory.

But first, 7 action packed prelim bouts featuring some of the organisation’s most exciting athletes will kick off the highly anticipated night. Full fight card as follows: