All on weight at EFC 73 weigh-in today 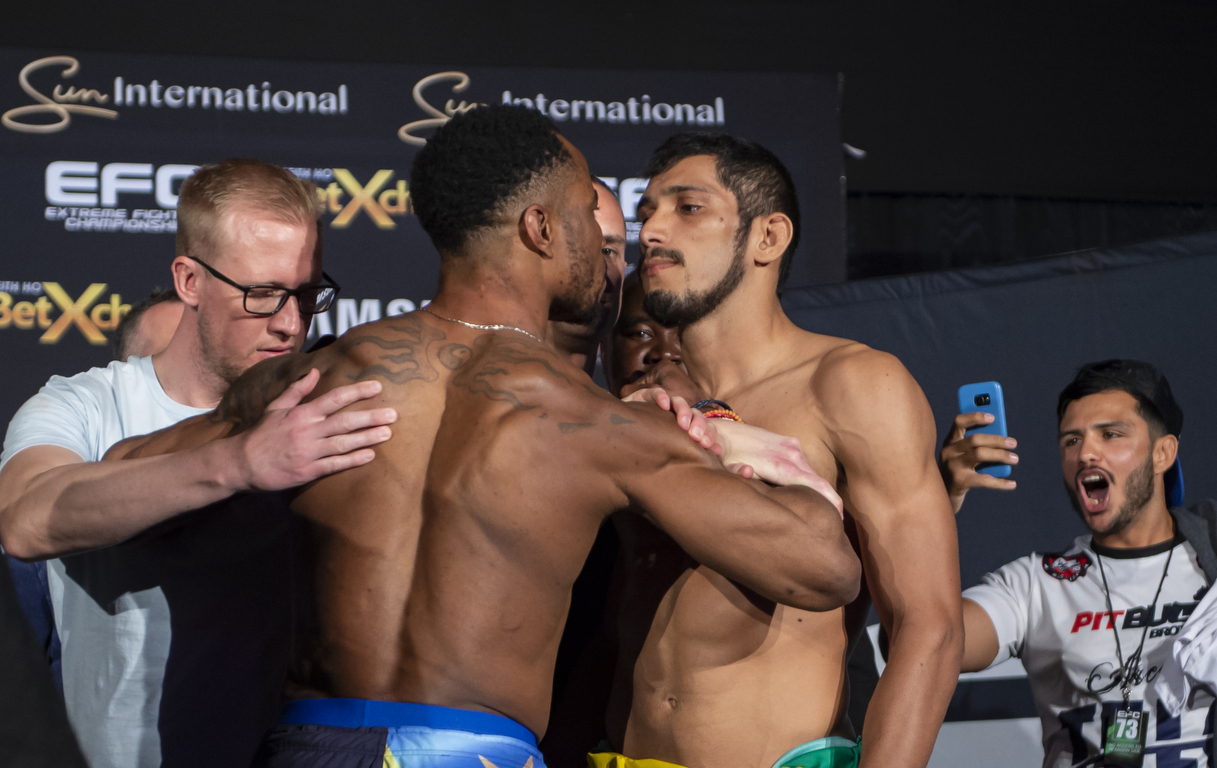 With welterweight champion Dricus De Plussis unavailable to fight, the division’s two top contenders are stepping into the breach, and behind them 20 more athletes ready to claim their own space in the spotlight.

Former title contender Da Rocha was the picture of calm in the face of a fired-up Kalunda, who stormed into their face off, extending his fist to actually touch Da Rocha’s cheek, who merely shrugged.

“Tomorrow is a big fight. It is my time to be the champion in EFC,” said the Brazilian, referring to his previous loss to Du Plessis.

Kalunda was far more confrontational. “He is going to die tomorrow!” he shouted, to the roar of the always present Congolese faithful.

Zimbabwe’s Elvis Moyo takes on the USA’s Jared Vanderaa at heavyweight. In contrast to the rest of the card the giants greeted each other warmly, faced off clean, and wished each other a good fight.

Both are exceptional strikers, Moyo with a train of brutal KO’s behind him, and their bout is a certain highlight for tomorrow night.

Behind them a sizzling three fights fill up the main card.

Rising star Steven Goncalves takes on hardened veteran Sizwe Mnikathi, Cameron Pritchard makes his lightweight debut against a seething at the bit Anicet Kanyeba, and the ‘Apocalypse’, the legendary Ricky Misholas, steps in against new standout Juan Bezuidenhout in a heavyweight clash.

“All athletes made weight without any difficulties today,” said EFC talent VP Graeme Cartmell. “There’s an incredible spirit running through the roster. I think tomorrow night is going to be exceptional.”

The official EFC 73 weigh-in results are as follows: