THE FUTURE OF THE BANTAMWEIGHT DIVISION 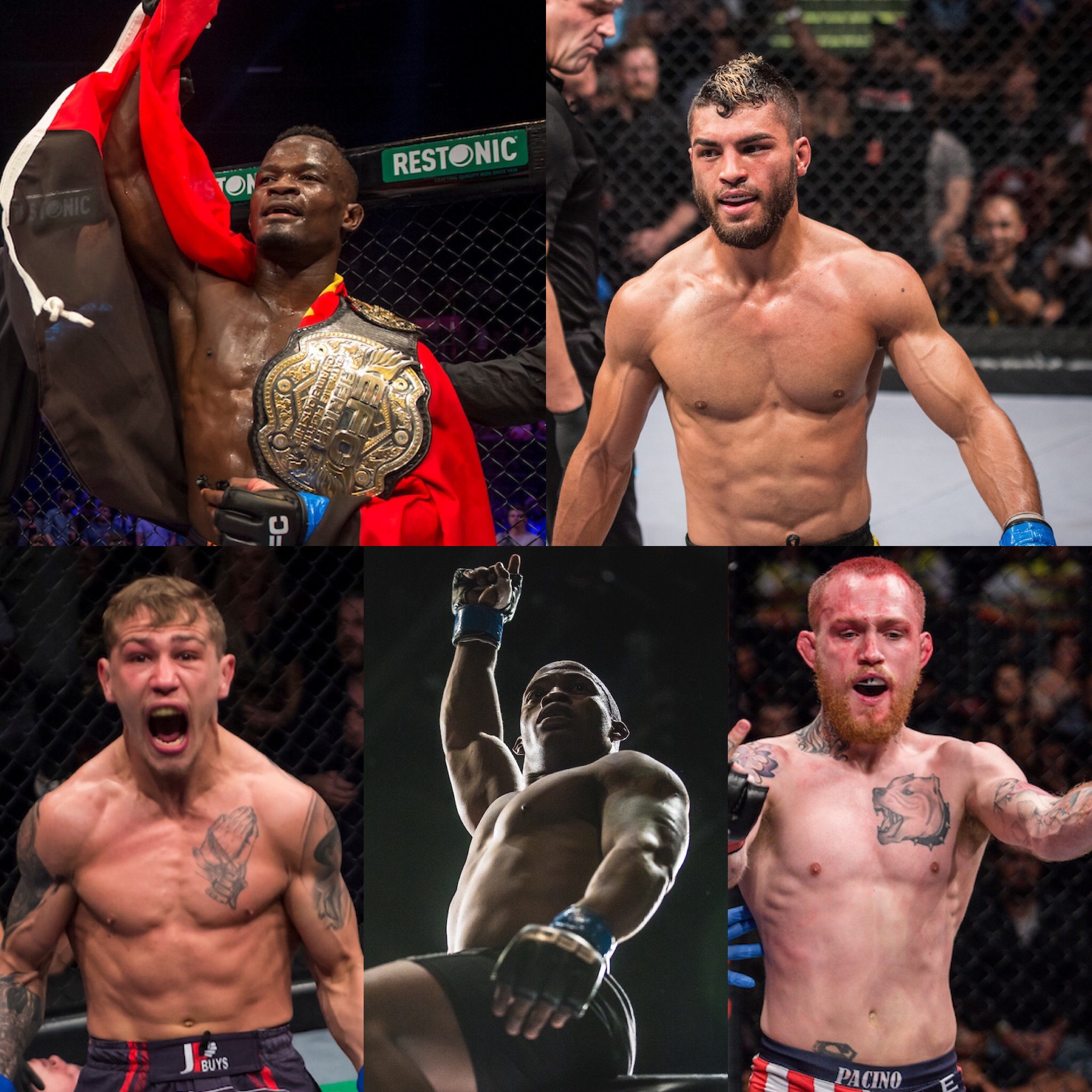 Johannesburg, South Africa – The EFC bantamweight division has been rocked by several big events in recent months, starting with the undefeated multiple division champion, Demarte Pena, having his decision by SAIDS (South African Institute for Drug Free Sport) overturned by Court for Arbitration in Sports, on an appeal by WADA (World Anti-Doping Agency).

Pena tested positive for a banned substance at EFC 55 in his title fight against then interim champion, Irshaad Sayed. Pena was provisionally suspended, but after a hearing was cleared by SAIDS of all charges. Their fight was overturned to a no contest and Sayed was reinstated as the interim champion.

In December, the two champions met again for a rematch and final of reality TV show The Fighter – Season 1 at EFC 66. Pena defeated Sayed, this time by TKO in round 4.

WADA however did not agree with the outcome of the initial SAIDS hearing and reviewed Pena’s doping case. Through their own findings, they have found Pena to be guilty and sentenced him to a four-year suspension, minus time already served. The second fight between himself and Sayed has been disqualified, and thus ruled a No Contest.

Days prior to the news of WADA’s findings and rulings, Sayed retired from the sport of Mixed Martial Arts with a record of 13-2, and undefeated in the EFC Hexagon. His post on his Instagram account reads as follows:

“I don’t remember much about this fight after Demarte landed a solid left high kick. 1 thing I do remember as clear as day is, as the referee was stopping the fight, I recall shouting to him to allow the fight to continue, protesting that I’m able to fight. Never have I ever given up during a fight, so me finally walking away from professional martial arts, isn’t me giving up but simply me moving on with my life. Thank you to my wife, family, training partners, coaches, friends and supporters that have carried me through a long and healthy 12-year professional career. I will always be a fighter at heart”

Sayed has officially hung up his gloves from professional competition, but should he return, he will be reinstated as the interim bantamweight champion.

“As Irshaad has retired he won’t be reinstated,” explained EFC President Cairo Howarth. “However, should he withdraw his retirement and decide to compete again, he will be.”

While JP Buys is the current reigning EFC bantamweight champion, like his South African counterpart Dricus Du Plessis, he has his eyes set on further promotional domination. Buys has been offered to compete on foreign soil and in the short term, has chosen not to defend his EFC title.

EFC VP Talent, Graeme Cartmell explains the future of the division, “We are loaded with exciting contenders for JP to face, but he is not accepting them. So, we have decided to create an interim title fight to keep the division flowing and ensure that the guys that are putting in the hard work to stay at the top, get their deserved shot at EFC gold.” Cartmell continued, That being said, South Africa’s Luthando Biko will face England’s Cal Ellenor!”

Luthando Biko (4-1) is a Judo blackbelt who hails from Port Elizabeth, South Africa. He is currently riding a monumental 4-fight win streak, spanning across the bantam and featherweight divisions. The PESFA stand-out is short, stocky and incredibly explosive. Most recently he put in the performance of a lifetime, showing of new footwork and striking skills, landing head kicks on his extremely taller previous opponent Steven Goncalves An already dangerous man, Biko just raised the bar even higher.

In stark contrast, Cal Ellenor (7-1) is tall and lanky, he is a submission specialist with creative long distance boxing. He hails from Sunderland, England and is supported by his notorious team, TFTMMA. The last time fans saw him in competiton was in Cape Town, he put Faeez Jacobs to sleep with a devastating guillotine choke.

Biko versus Ellenor for the EFC interim bantamweight championship is confirmed to co-headline the EFC 75 fight card at GrandWest, Cape Town.

hands’ dirty,” elaborated Cartmell.  “It’s a real gritty fight with both guys possessing equally unparalleled skill, and the ability to stare down big moments and come out on top. The bantamweight division is about to have the door kicked wide open!”

This fight joins the main event of EFC 75 which is headlined by the EFC flyweight championship between undisputed champion, Nkazimulo Zulu and undefeated challenger, Gary Joshua.

EFC 75 Zulu vs Joshua, Biko vs Ellenor is presented by Betxchange.com, and takes place on Saturday 3 November live from GrandWest, Cape Town. Tickets are on sale soon at computicket.com, and the 5 main card bouts will be broadcast live on Kwesé Free Sports 1 (Kenya & Rwanda), Kwese TV (Sub-Saharan Africa), SABC 3 (South Africa), FIGHT SPORTS (Where available) & EFCworldwide.tv (Where available) starting at 21:30 (CAT). Full broadcast details available on efcworldwide.com. Prelim fights will be available for free on the official EFC Facebook page.