Kabesa, Murrie, on weight at EFC 74 weigh in 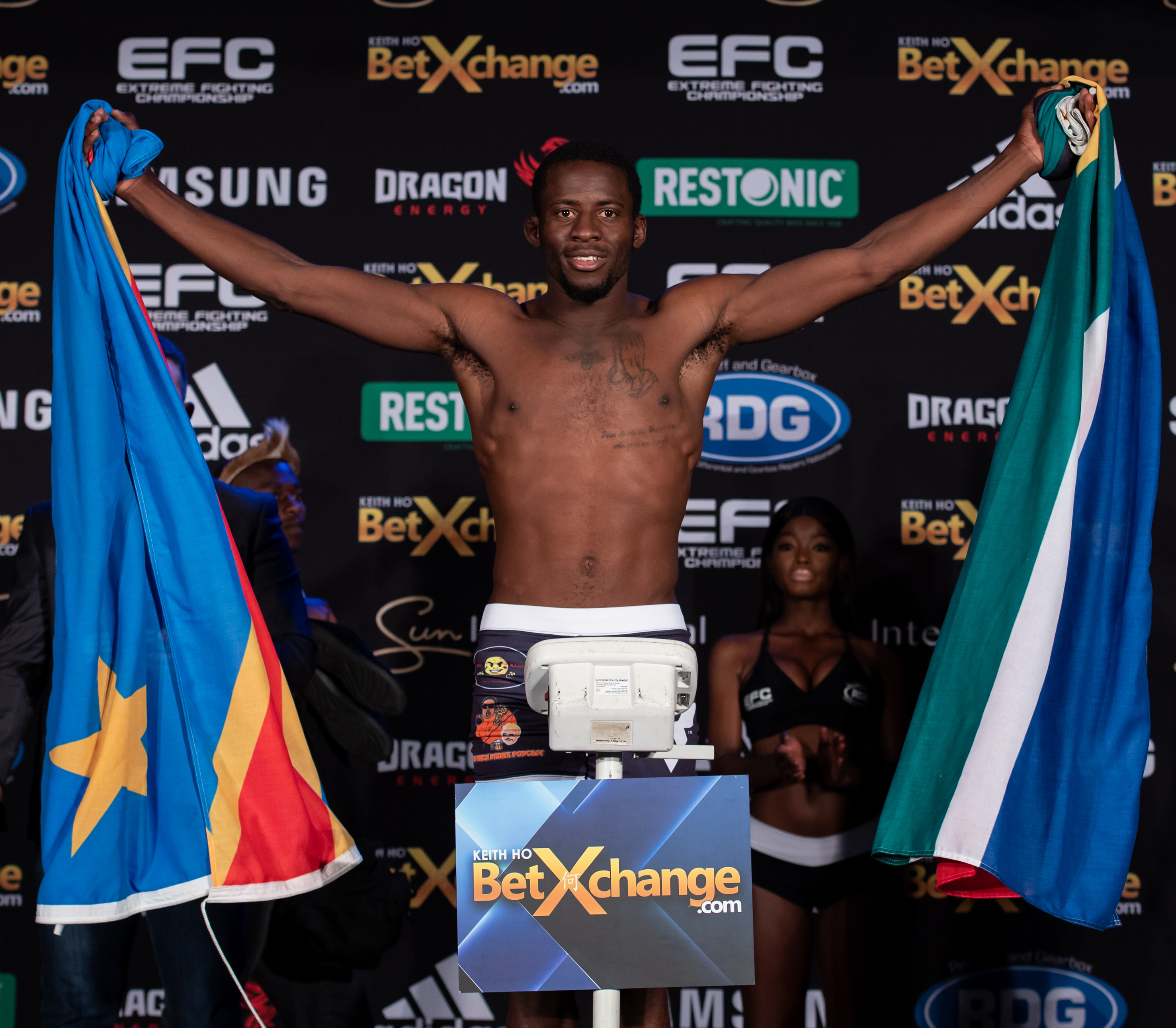 Johannesburg, South Africa – Today Scotland’s Calum Murrie (4-1) took the last step towards a world title shot, when he weighed in and faced off against EFC featherweight champion Igeu Kabesa (10-1), ahead of their title clash at EFC 75 tomorrow night.

Kabesa is a world renowned wrestler with a growing list of knockout finishes behind him, a champion riding a wave of success who has had nothing but contempt for Murrie in the build-up to this clash. Today produced more of the same, with the Johannesburg based champion baiting the challenger in front of his home town, Carnival City crowd.

“You guys know what’s happening,” said the champion with a smirk, referring to tomorrow night’s bout, and then invited the audience to pick the round and means of victory.

A stoic Murrie was fierce in response. “The belt means everything to me. It’s a massive opportunity and I am going to snatch it up. The belt is coming home to Scotland.”

Both men made weight, and their clash of styles bout is set to enthrall tomorrow night.

After both made weight Seabi surged toward their face-off, colliding with matchmaker Greame Cartmell who kept the two athletes apart. Seabi has been scathing about his European opponent, promising to smash him into the canvas throughout the past week.

Seabi is a proven, ferocious competitor. “I am the African tank,” he said, pointing straight at his German opponent. “I’ll see you tomorrow night.”

Tumisang Madiba returns after his EFC 73 loss in Cape Town, this time facing former title contender, Zimbabwe’s Sylvester Chipfumbu, who makes his own return after a near 18 month layoff. Social media caught Madiba doing somersaults in the parking lot to shed the last of his weight during the morning, both men hitting the 135lbs bantamweight cutoff.

A bout with perhaps even more animosity precedes Seabi vs Merten, when the USA’s Cheyanne Vlismas takes on Poland’s Karolina Wójcik. The women have been at each other’s throats, setting up a fight primed to electrify the women’s division.

Vlismis and Wójcik made weight at flyweight by short notice agreement, but both will compete further at strawweight, with their eye on the belt currently held by Italy’s Chiara Penco.

The official EFC 74 weigh-in results are as follows: