The world descends upon Carnival City for EFC 74 this Saturday 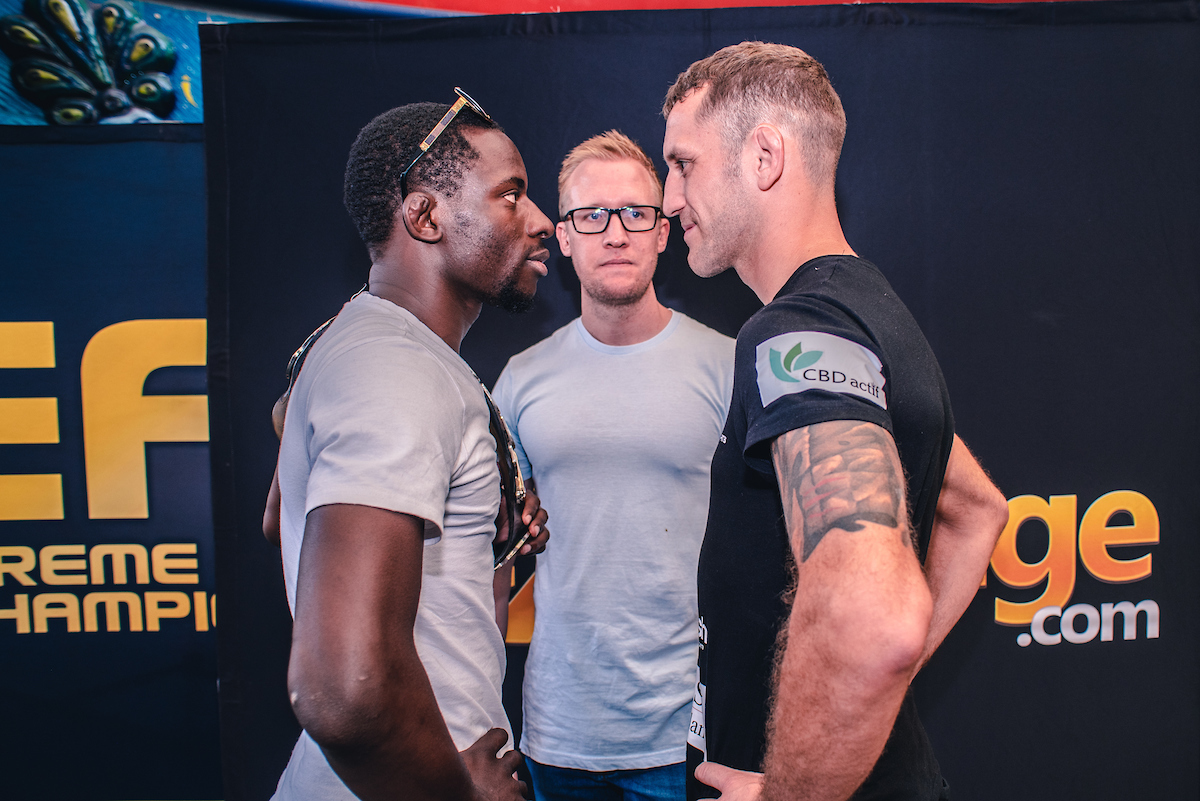 Johannesburg, South Africa – It all goes down this Saturday as the best-of-the-best from around the world, including Germany, USA, Scotland, Poland and more descend upon Carnival City, JHB for EFC 74. Headlined by the featherweight title fight between the undisputed EFC champion, DRC’s Igeu Kabesa and the Scottish challenger, Calum Murrie, the fight card featuring 11 action packed bouts looks to set the Big Top Arena alight.

Athletes gathered at Carnival City this past Saturday for the official open workout. Fans were witness to athletic feats, interviews and face-offs, all in build-up to a highly-anticipated fight night.

In what many pundits are predicting to be ‘the fight’, RSA’s Tumisang Madiba & ZIM’s Sylvester Chipfumbu got the crowd pumped up with intense padwork. While their moods were cheerful, their intention for Saturday night was felt by all.

An outspoken man, Conrad Seabi put on a quick and light display on pads and followed up with serious smack talk directed at his German opponent, Max Merten. “He is a truck, I am a Porsche. I am fast and quick compared to that slow body builder. I am going to knock him out,” stated Seabi. His opponent, Max Merten arrives in Johannesburg this evening (Monday) and is yet to respond.

It was then time for Saturday’s main event to take centre stage. Murrie showed off his unorthodox striking and slick Brazilian Jiu Jitsu that he has become synonymous for. Meanwhile, the champ, Kabesa, put on a clinical display showing off all aspects of MMA along with teammate and flyweight champion, Nkazimulo Zulu.

It was when the two men faced-off for the first time, that the mood truly took a serious turn. Kabesa raised the belt in declaration of his continued reign over the division. Meanwhile, Murrie insisted that the belt would be returning to Scotland with him!

Hear from the EFC 74 main card athletes at the Fight Week Press Conference taking place Tuesday 1 October at The Capital on the Park, Johannesburg. The event will feature all 10 of the stars on the main card.