As the current double division champ, Dalcha Lungiambula continues cut down in weight in a quest of facing Dricus Du Plessis, a massive matchup for the interim heavyweight championship is confirmed. 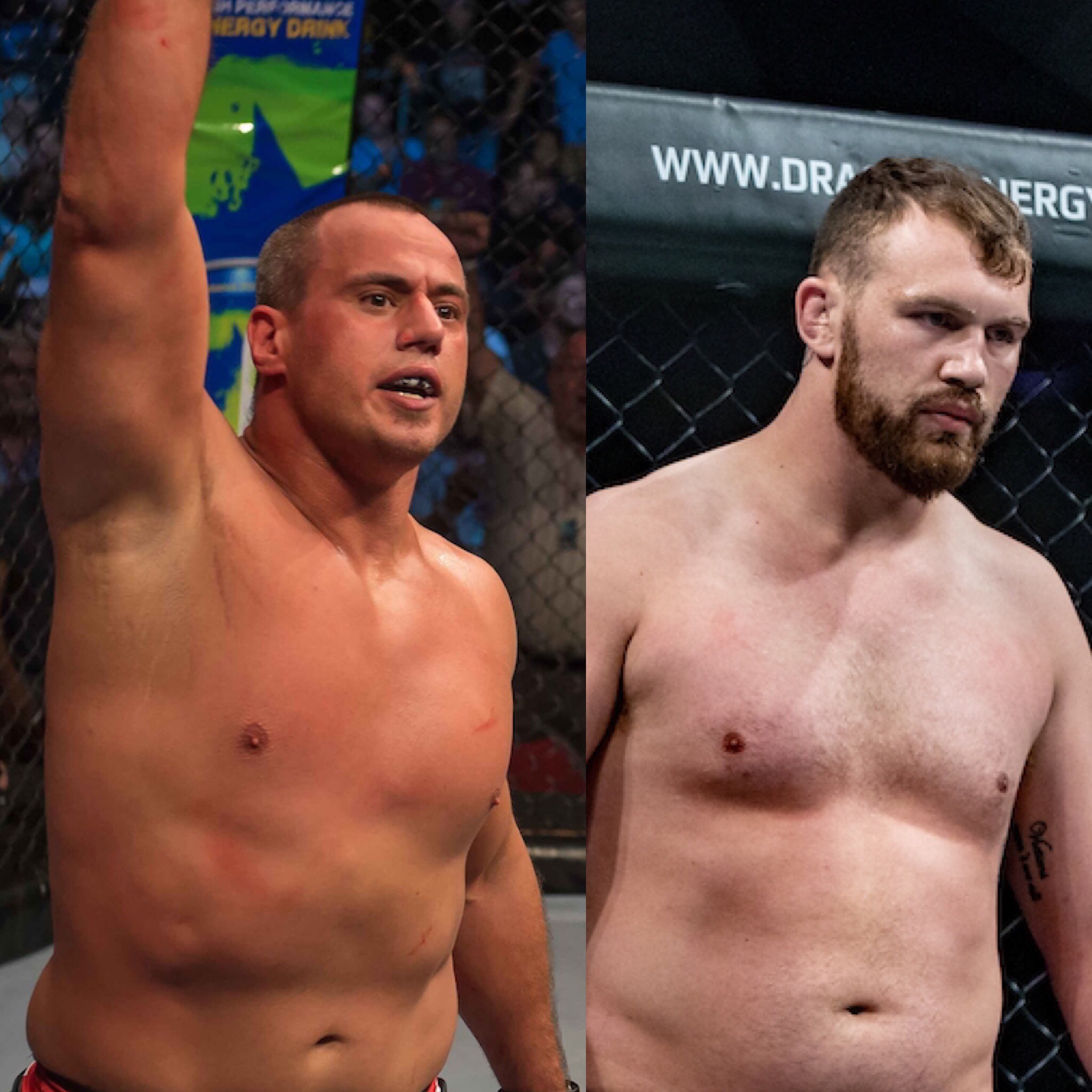 Pretoria, South Africa – A truly monumental event is set to take place at Time Square, Menlyn Maine, Pretoria on 8 December. The final EFC event of the year will now see former two-time heavyweight champion, South Africa’s Ruan Potts, collide with USA’s Jared Vanderaa for the interim EFC heavyweight championship of the world. They join Italy’s undefeated Chiara Penco as the co-main event as she puts EFC strawweight title on the line against USA’s Cheyanne Vlismas. All this and so much more at EFC 76.

After news spread that Dalcha Lungiambula, the EFC heavyweight and light heavyweight champion has started to cut weight and has set his sights on the welterweight and middleweight champion, Dricus Du Plessis, it has been confirmed that he will not be defending his heavyweight title in the short term. He was offered both Potts and Vanderaa as challengers to his throne, while not turning them down directly he stated, “I will face them [Potts & vanderaa] as soon as I have once again proven that I am the true champion”.

With the reigning champ not active in the division, it has been confirmed that the top deserving contenders will get a shot at interim gold.

Not only is Potts a two-time EFC heavyweight champ, but also a former UFC heavyweight. In 2016 he made a massive return to form and is now running a three-fight winning streak. All early finishes. All reminiscent of the brilliance that brought him notoriety as, the most dangerous man in the organization, during his reign at the top.

The crowd favourite is based out of HOT gym in Springs, Johannesburg, where he has been quietly working in the background. Improving in every aspect of his game for the inevitable title fight that was coming his way. 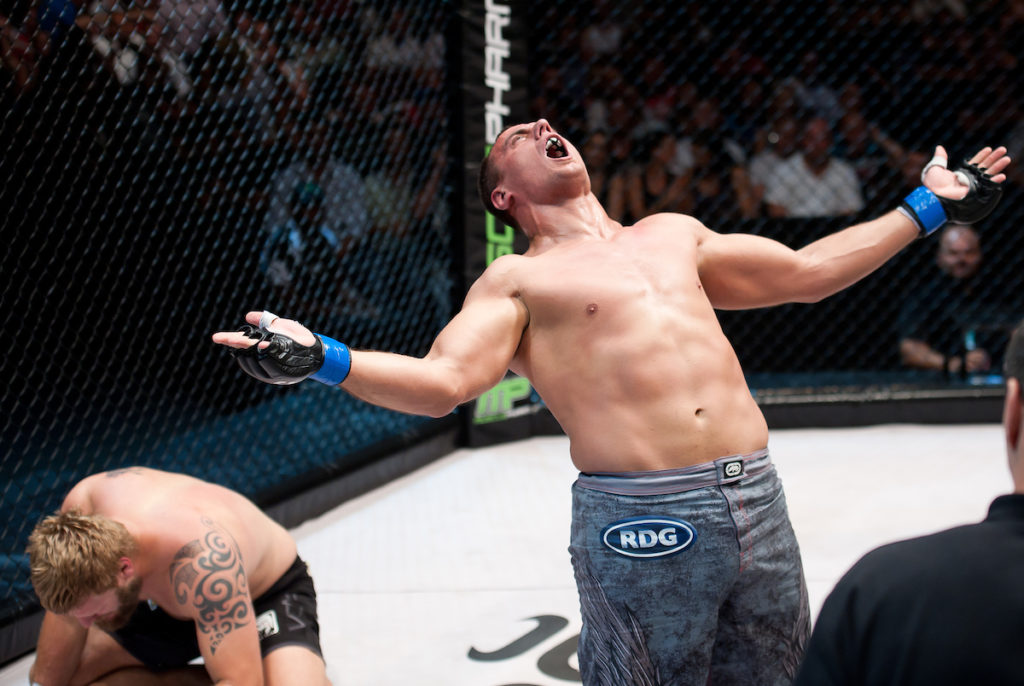 USA’s Jared Vanderaa made waves in the organisation when he faced Andrew van Zyl in a 5-round title fight. Although he lost by a close split decision, many saw him as the deserved champion. In his next appearance he challenged African boxing champion Elvis Moyo and put him away in the second.

Pure American muscle out of Temecula, California, the Team Quest athlete is unfazed by any opponent. he just wants to fight and he wants to fight the best there is.

“I don’t care if it is the Abominable Snowman or Bigfoot, I’ll fight them all,” shouted Vanderaa in his last post-fight interview. Now he is up against the formidable ‘Fangzz’, with one of the biggest prizes in MMA on the line. 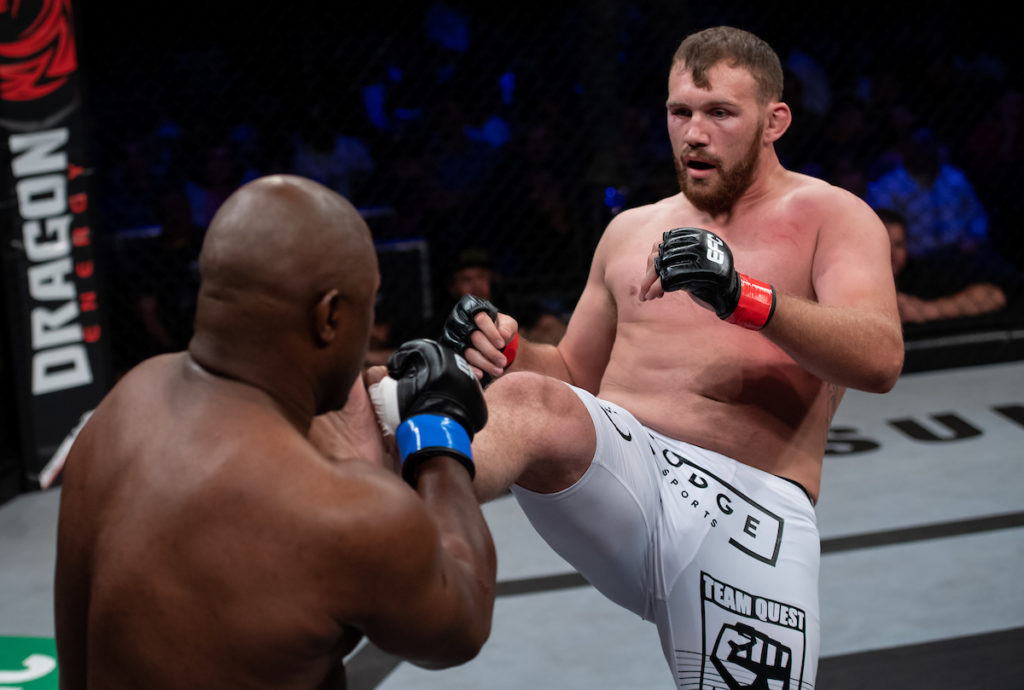