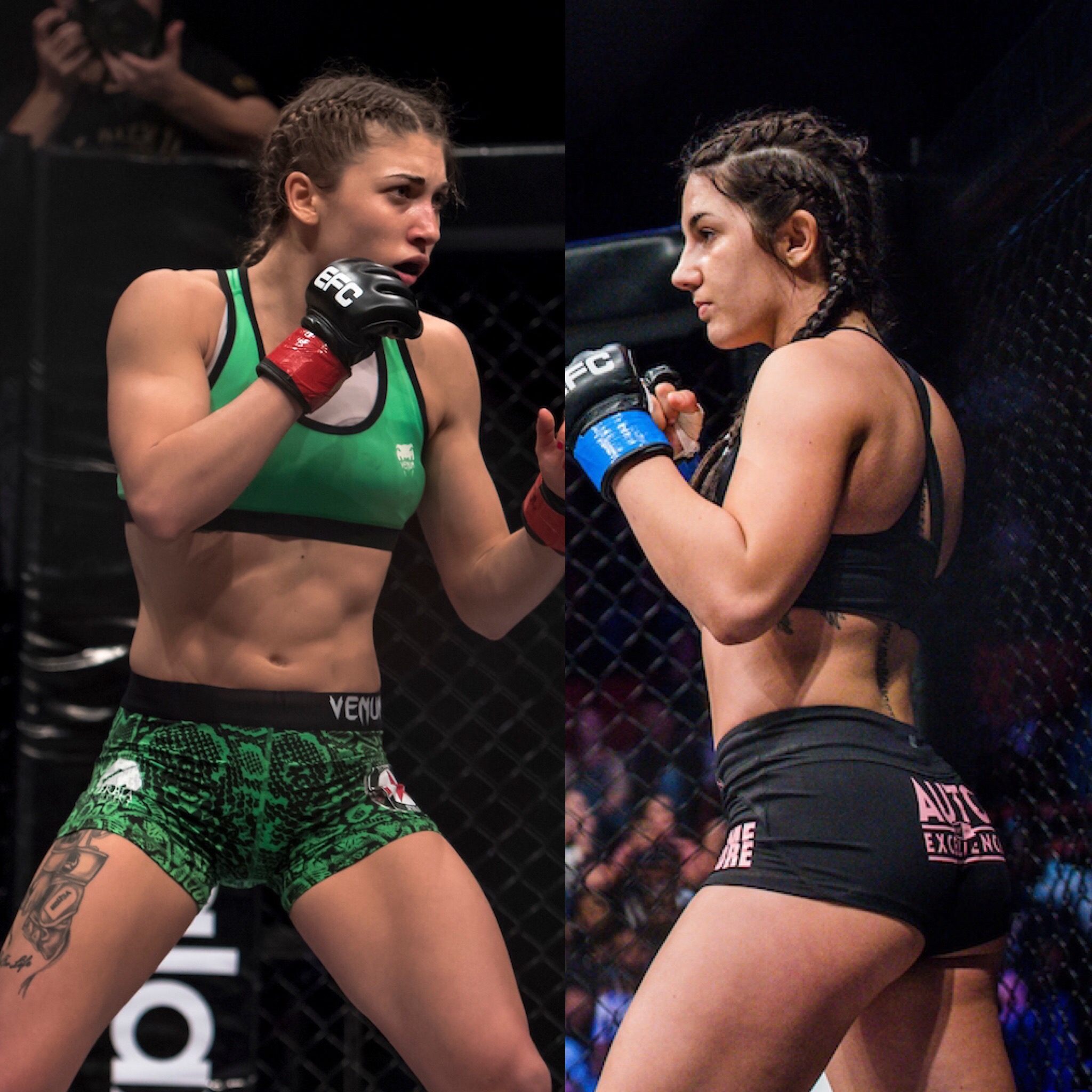 Pretoria, South Africa – What is building up to be one of the biggest fight cards of the year will now also include the women’s strawweight title fight between two purists of perfection. Undefeated champion, Chiara ‘Beasty Barbie’ Penco, is set to make her first title defence against USA’s, Cheyanne ‘Warrior Princess’ Vlismas as the main event at EFC 76. The fight night goes out live from Time Square, Pretoria on Saturday 8 December.

Penco captured EFC gold to become the first EFC women’s strawweight champion in March this year. Over a grueling four rounds Penco maintained her one-hundred percent submission rate by fracturing her opponent’s face with strikes and eventually winning the championship against Danella Eliasov by submission.

While waiting for a viable challenger within EFC to emerge, Penco went on to fight in her home country of Italy and added another submission victory to her record. Fighting out of Rendoki Dojo in Livorno, she brings powerful boxing and an aggressive submission game and is always on the hunt for a finish. 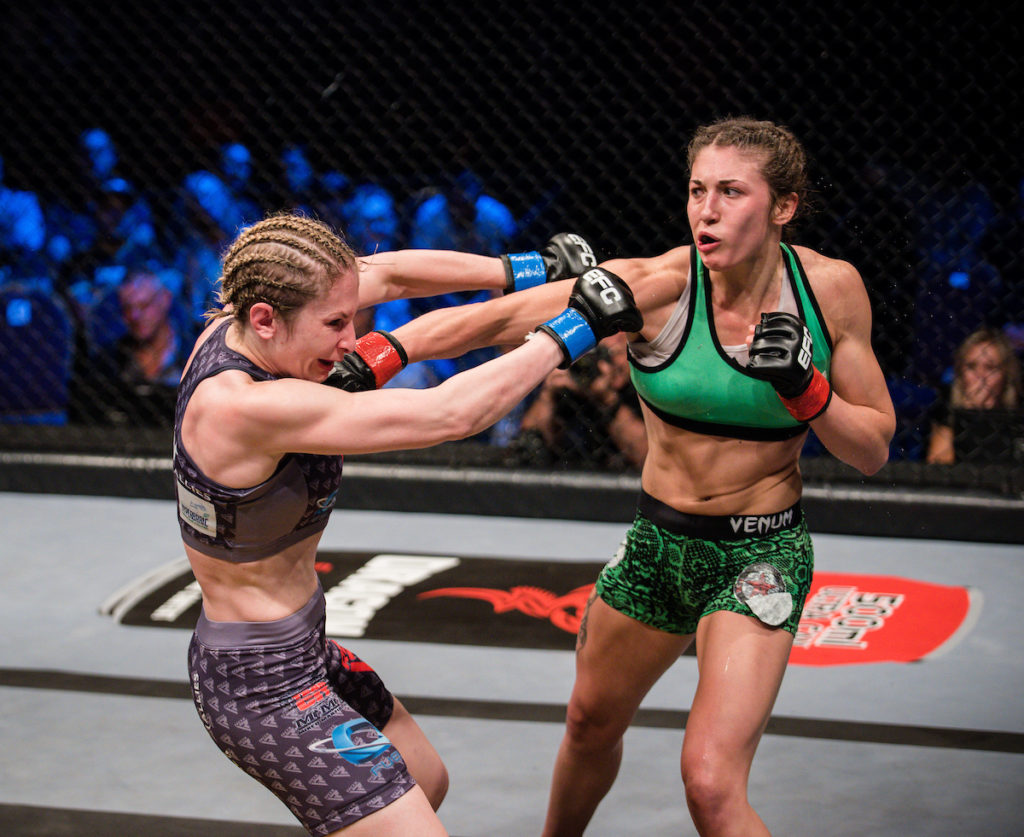 Originally from the east coast of USA, Cheyenne Vlismas moved to Las Vegas to chase her dream of becoming a professional mixed martial artist. After successes in the fight capital of the world, she soon found herself in Johannesburg. The American warrior moved to the ‘City of Gold’ in South Africa to train alongside EFC bantamweight champion, JP Buys. She won her EFC debut, along with ‘Fight of the Night’ honours and earned the title shot against Penco.

“All love and respect to her [Chiara Penco], she is the champion. But on December 8th, the belt will be mine,” responded Vlismas at the post event press conference when asked about challenging Penco.

A Taekwondo blackbelt and equally aggressive submission hunter, Vlismas has her eye firmly set on domination in the division. 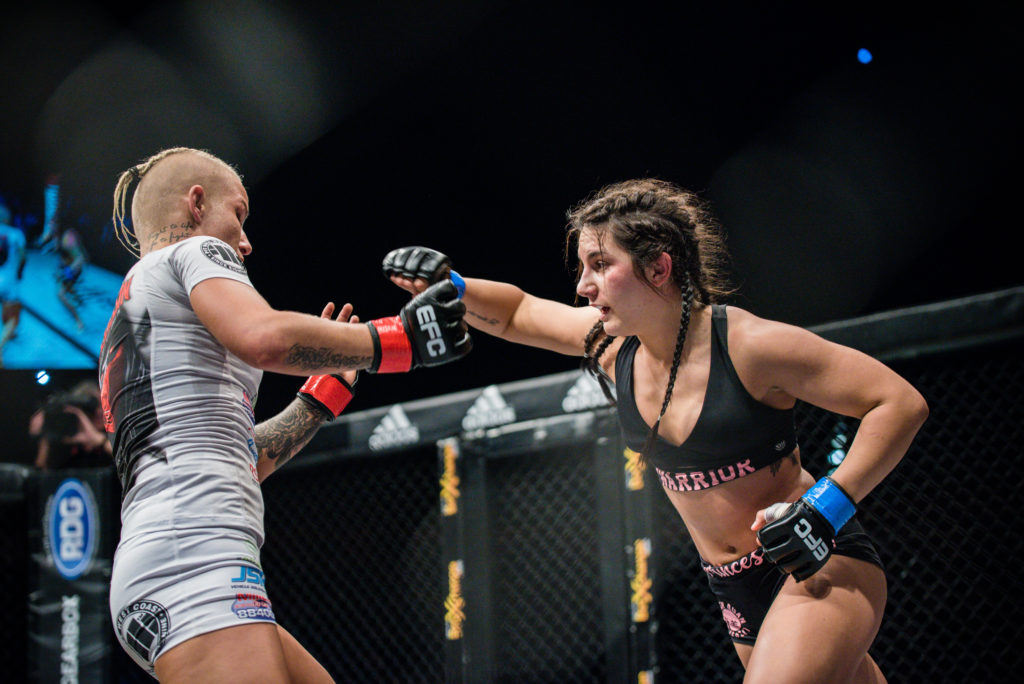