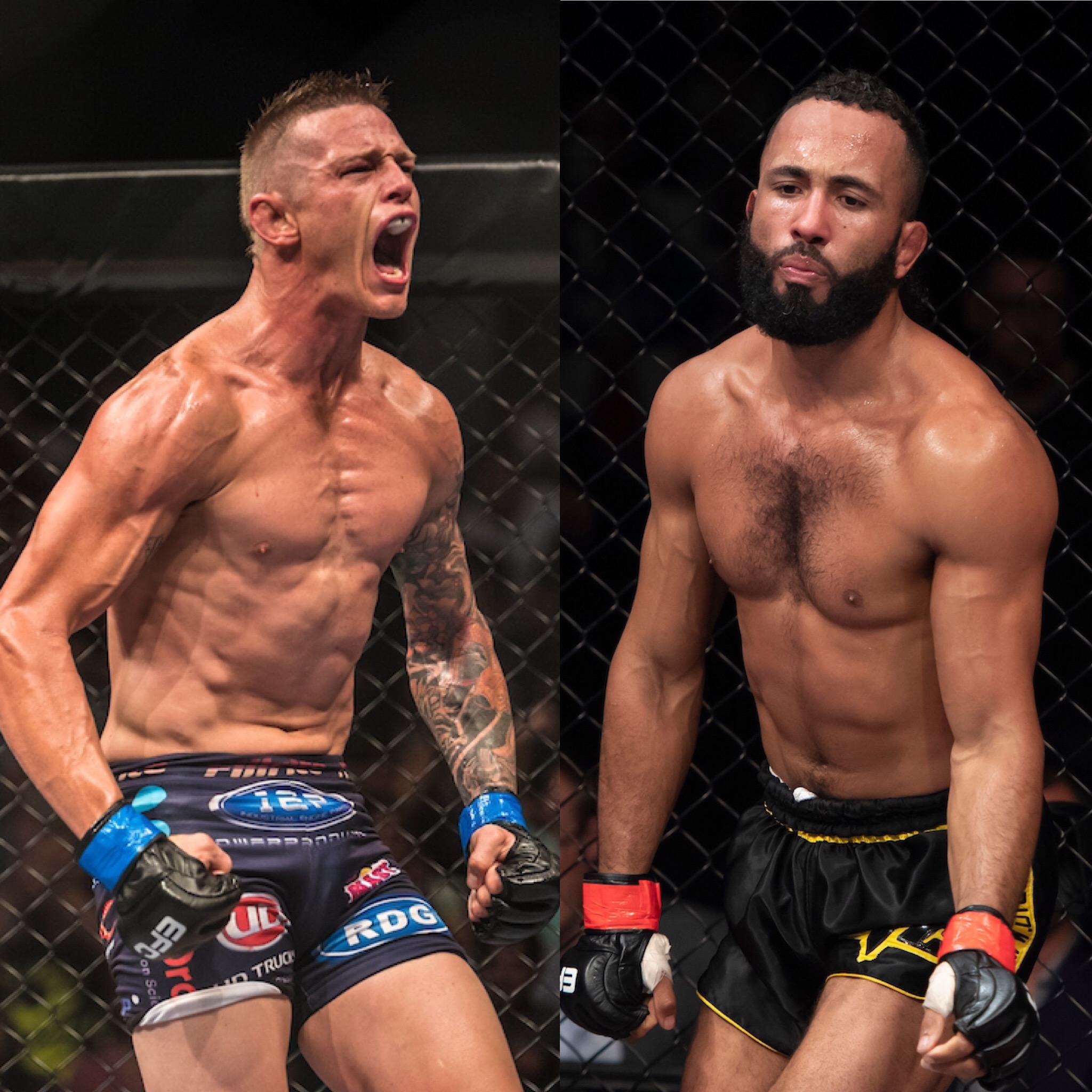 Van Staden is a legend of South African MMA and one of the most experienced in the organisation. With an unparalleled 19 wins via T/KO and a 92% finishing rate, he truly is one of the most dangerous men to have ever fought in the Hexagon.

At EFC 68 in Cape Town, Van Staden made his first defence as a newly crowned champion, only to lose to another former champ, Dave Mazany, via a razor thin decision. A judge’s decision he has rued since and been adamant on redeeming.

However, Mazany retired shortly after reclaiming EFC gold, leaving the division without a king and van Staden the next in line to challenge for the belt.

“I’m coming to get what is rightfully mine and I am taking it by force!” explains the Johannesburg based athlete. 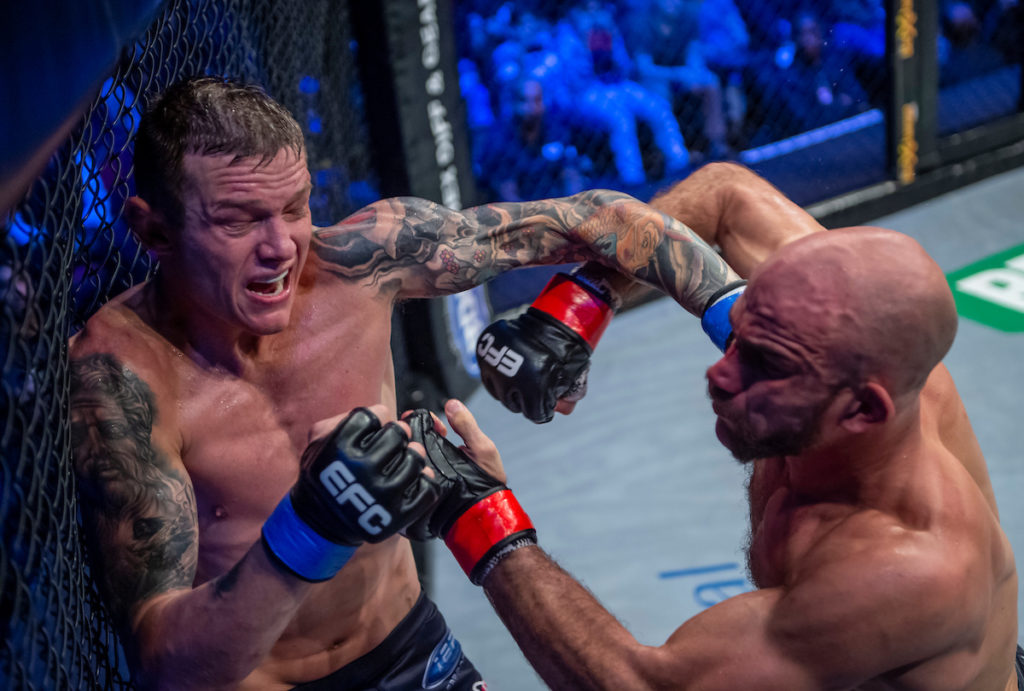 Meanwhile, Cummins has been biding his time. Waiting for the right moment to strike. An elite level athlete, he is a former English K1 champion. Able to string together combinations that cause his opponents to flounder, often leading to a TKO finish. Evident in his 80% finish rate.

Owner and coach at UTC Birmingham, Cummins took over a year off from competition to focus on running the facility after his decisive victory over Shaun de Lange.

He returned to action in a storm with another TKO win, this time over the exceptionally tough Armand Scheepers. Another technical and brutal display from the smooth Brummie.

Similarly, to van Staden, he has been competing at welterweight his entire career, but now turns his eyes to lightweight in the hunt of an EFC title. 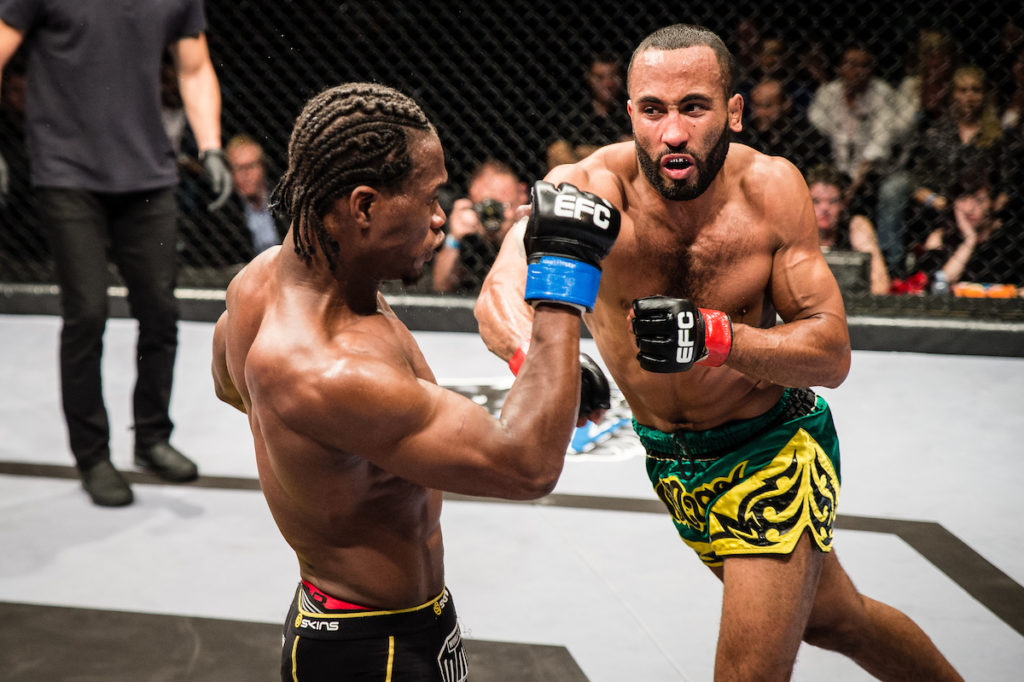 These two warriors are set to clash as the headlining fight at the first EFC event of 2019 at the top of a twelve-bout fight card.

EFC 77 Van Staden vs Cummins is presented by Betxchange.com, and takes place on Saturday 16 March live from Time Square, Menlyn Maine, Pretoria. Tickets are on sale soon at computicket.com, and the 5 main card bouts will be broadcast live on DAZN (USA & Italy), TV 2 – Sports 1 (Norway), FIGHT SPORTS (Where available) & EFCworldwide.tv (Where available) starting at 20:30 (CAT) and delayed live on SABC 3 (South Africa) at 23:00. Full broadcast details available on efcworldwide.com.