Team Soldierboy or Team Lesar, who you got? 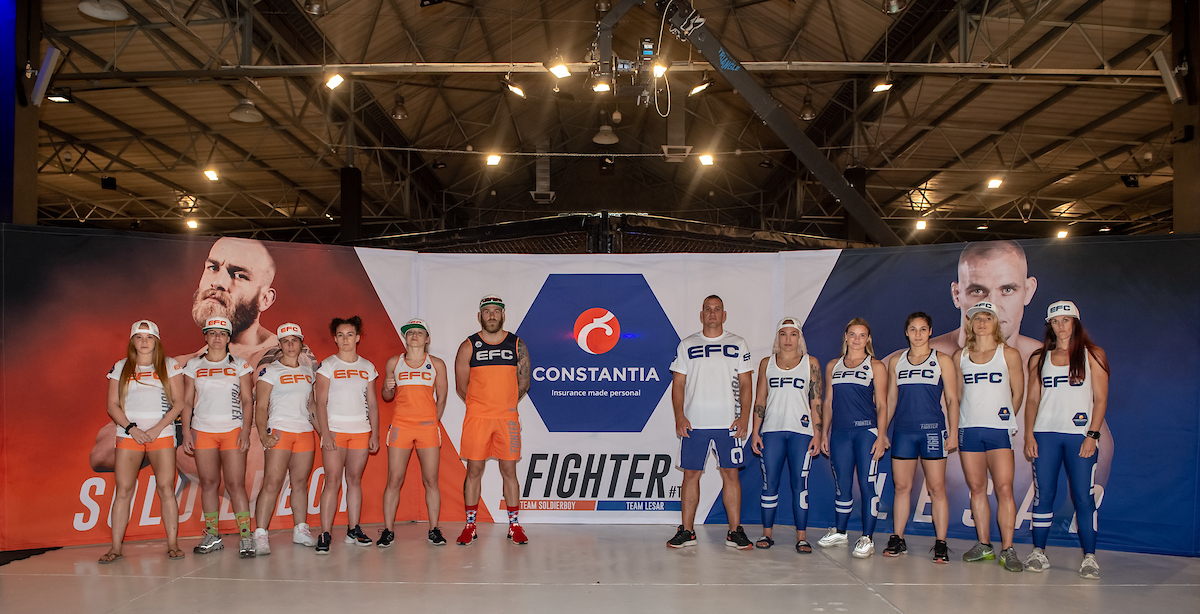 Johannesburg, South Africa – 10 of the best female flyweight prospects from around the world have been selected to live and train together, as well as compete against each other in a quest to win the ultimate prize: a six-figure contract and a guaranteed shot at EFC gold in the reality TV series, The Fighter Season 2 (TF2).

The contestants were revealed on Saturday. Upon entering the EFC Performance Institute and the TF2 penthouse last week (when filming began), the contestants were evaluated by the coaches, and then split into two teams chosen by Soldierboy and Lesar. Representing the colours of Constantia Insurance, team Soldierboy take orange and team Lesar take blue. The teams are: