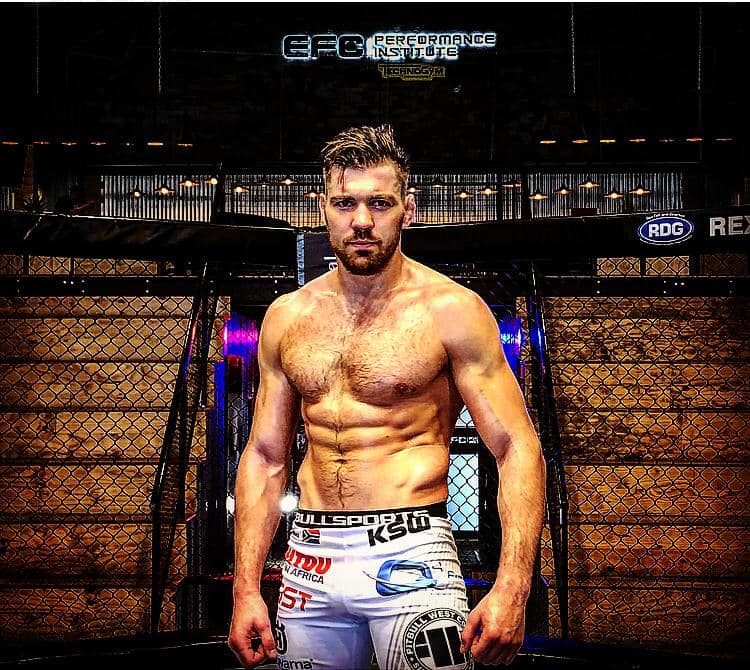 Johannesburg, South Africa – One of the pound-for-pound best and the organisation’s very first two division champ, Dricus du Plessis has officially relinquished his EFC welterweight title to focus on middleweight. With this news, the undefeated Gunther Kalunda is now the official undisputed welterweight champion.

Du Plessis recently visited the EFC Performance Institute for the first time since returning from training in Miami, USA, for a scheduled KSW bout in March.

“I spent some time in the EFC Performance Institute today training in my Hexagon. Yes, it’s still mine,” du Plessis posted on his social media after a session at the Paulshof facility.

It was 24 hours later, however, that du Plessis posted a video where he explained his withdrawal from the welterweight division as well as his KSW fight. You can watch the video on his Facebook here: https://efcww.com/2NiT13x

Du Plessis reached out to EFC with an official statement:

“I want to give a massive thanks to the fans and EFC for giving me the support and opportunity to be the first double-division champ in EFC history. It is definitely one of the proudest moments of my life. Unfortunately, due to potential health implications, a decision was made with my doctors and team that I will no longer make the big cut down to 77kg/170lbs. I’m looking forward to defending my middleweight belt in EFC and now that I can focus 100% on middleweight, you will see the best version of ‘Stillknocks’ to date, and that’s a promise!”

With Kalunda now the undisputed champ, there are several potential welterweight challengers in the running. EFC 78 sees Luke Michael going up against Conrad Seabi, and at EFC 79 Brazil’s Jose da Rocha takes-on Zimbabwe’s Themba Gorimbo. Both mega fights could produce the next challengers for the title.

When asked on the match-up he stated, “I’m keen to see if Brendan has the heart and what it takes to rise to the occasion against Garreth’s experience. Because I have both!”