POWERING UP FOR RAGE 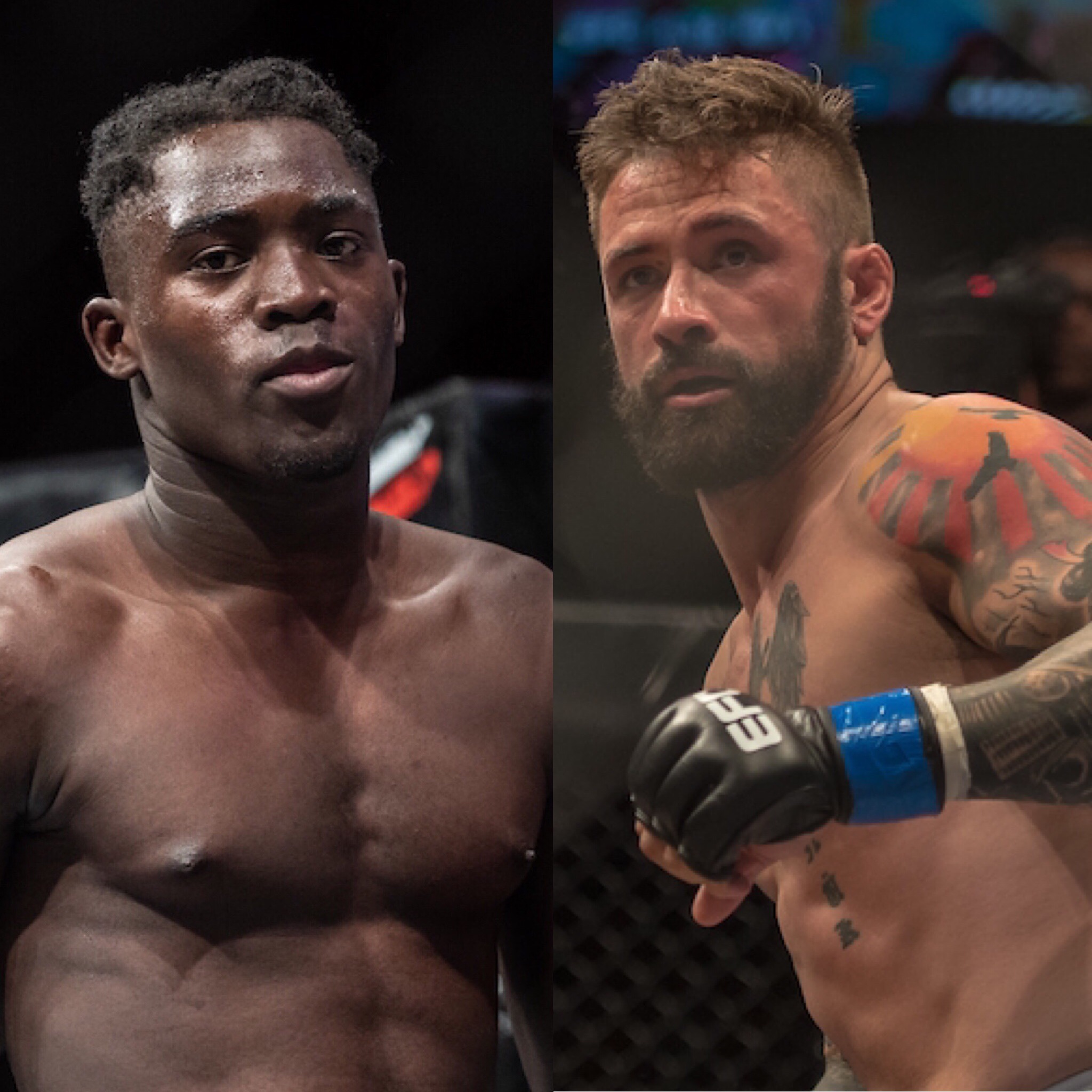 Pretoria, South Africa – One of the most exciting up-and-coming talents, DRC’s undefeated Justin Smith, has stepped-up to replace a sick Niel Du Plessis and challenge Pretoria’s dangerous Gordon Roodman in front of his home town in the opening fight of the main card of EFC 77. Live from Time Square, Pretoria on 16 March.

Du Plessis recently reported to EFC HQ that he has caught a Staphylococcus infection and has withdrawn from his scheduled bout against Roodman.

Upon hearing the news of Du Plessis withdrawing, Smith posted, ”Yo EFC, I’ll come up to Gordon’s home town, put my undefeated streak on the line and go up a division! #MainCard us!”

“Okay wow… is this actually happening, the little lion club wants to get noticed,” Roodman responded to Smith’s call out.

Smith has been making headlines in the organisation since his debut. In less than a year, he has faced three formidable welterweight opponents and finished all of them in an impressive fashion.

The DRC native has made the city of Cape Town his home, and trains out of Renzo Gracie. Already lethal with his hands, the threat of his submission game was only first made evident when he choked out a South African 14-fight veteran of the sport, Pietie Coxen, in his most recent outing in the Hexagon.

Now he takes a massive step up, unfazed by the competition he moves temporarily to middleweight for his biggest challenge yet.

Later while signing for the fight, Smith elaborated, “Gordon is just another one-dimensional relic of the old school. I’ll finish him like I been and will keep doing. I am coming straight for the top.” 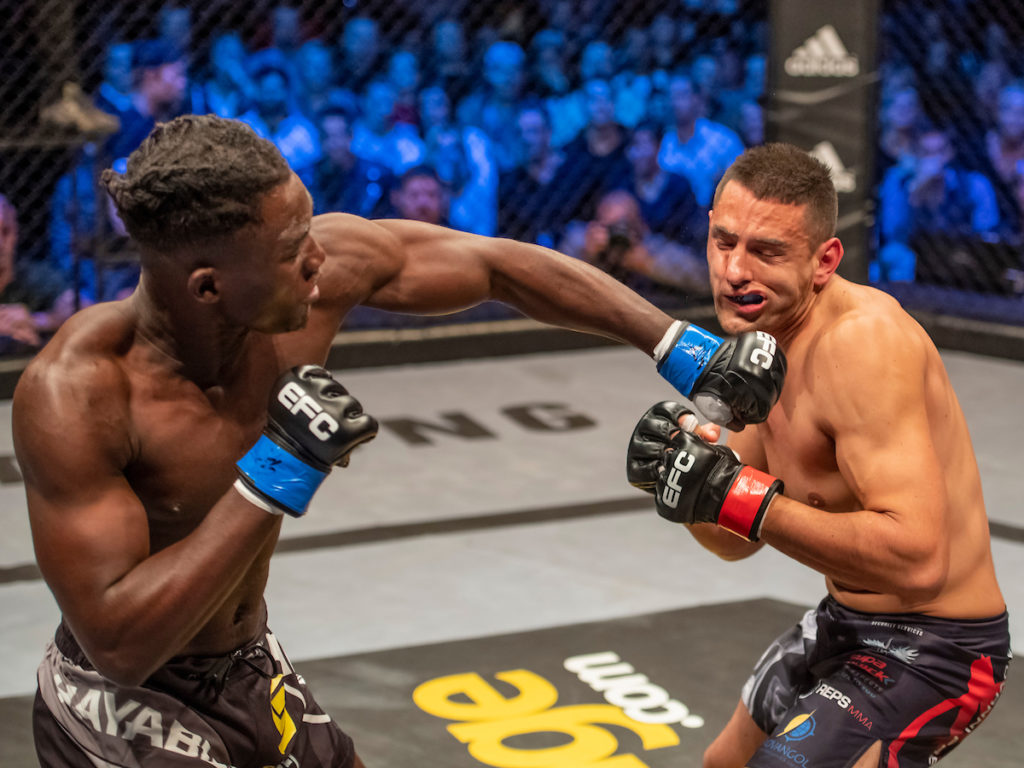 Roodman is a straight-up old-school savage in the Hexagon. Known for always being on the attack, he comes charging, throwing bombs with every punch. The Fight Evolution athlete needs only one punch for a highlight reel finish.

A style that makes the Pretorian man a fan favourite, he is always out to entertain the fans in the most spectacular way possible.

“This kid is an absolute beast and has a reputation for finishing his opponents, but I am super excited to welcome him to the big leagues,” explained Roodman when asked for comment on the opponent change. “I have been locked in there with some of the best and he will soon understand why I am a legend of the game. Justin put your man pants on, I just bought you a ticket to the big show! Thanks Pretoria, you get what you wanted.”

When asked for his thoughts on the matchup, EFC VP of Talent Graeme Cartmell said, “When an undefeated MMA spark asks to test his metal, even at the risk of giving up 15lbs to a seasoned veteran who is regularly accustomed to the taste of his own crimson sauce, how do you say no!” 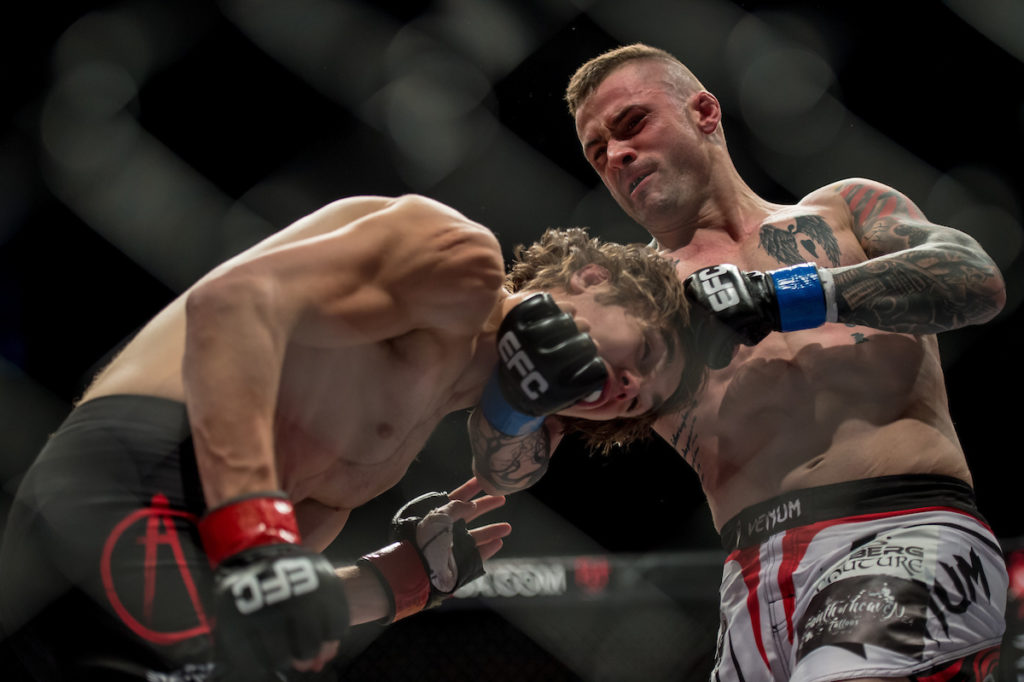 These two warriors will clash on the opening fight of the main card at the first EFC event of 2019. Just ahead of the main events between South Africa’s Martin van Staden and England’s Joe Cummins for the EFC lightweight world championship and USA’s Jared Vanderaa defending his EFC heavyweight title against DRC’s Ricky Misholas, all at the top of a twelve-bout fight card.