SABC HITS IT BIG WITH EFC 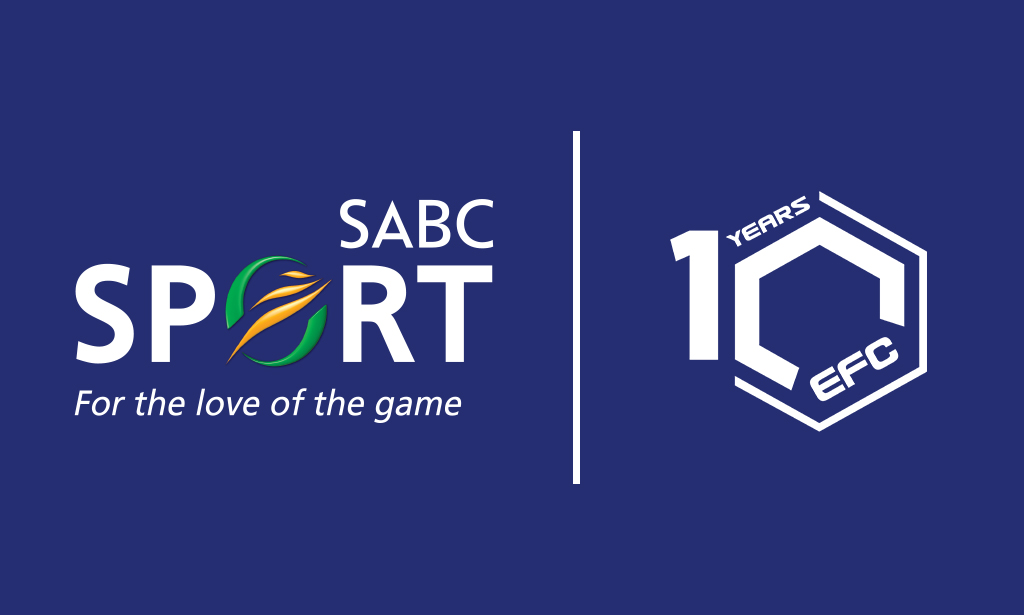 EFC has had continued growth since its inception, from a local MMA organisation into one of the world leaders, reaching over 600 million homes in 120 countries around the globe weekly. SABC Sport has partnered with EFC to continue to bring the sport even closer to South African fans.

“This is awesome for MMA and EFC fans across South Africa,” stated EFC President Cairo Howarth. “Saturday nights now have the best TV viewing thanks to SABC Sport.” Howarth added, “This is huge value for EFC, its partners and the EFC athletes, who will all be showcased to millions of SABC 3 viewers every Saturday night.”

Television personality and massive EFC fan, Thapelo Tips, made the official announcement during his segment in the live broadcast of SPORT@10.

Notable highlights of the broadcast partnership include:

All eyes now turn to EFC 77 Van Staden vs Cummins, Vanderaa vs Misholas taking place on Saturday 16 March live from Time Square, Menlyn Maine, Pretoria. Tickets are on sale soon at computicket.com, and the 5 main card bouts will be broadcast on SABC 3 (South Africa). Full broadcast details available on efcworldwide.com.