Get ready for EFC 78, the countdown has begun! 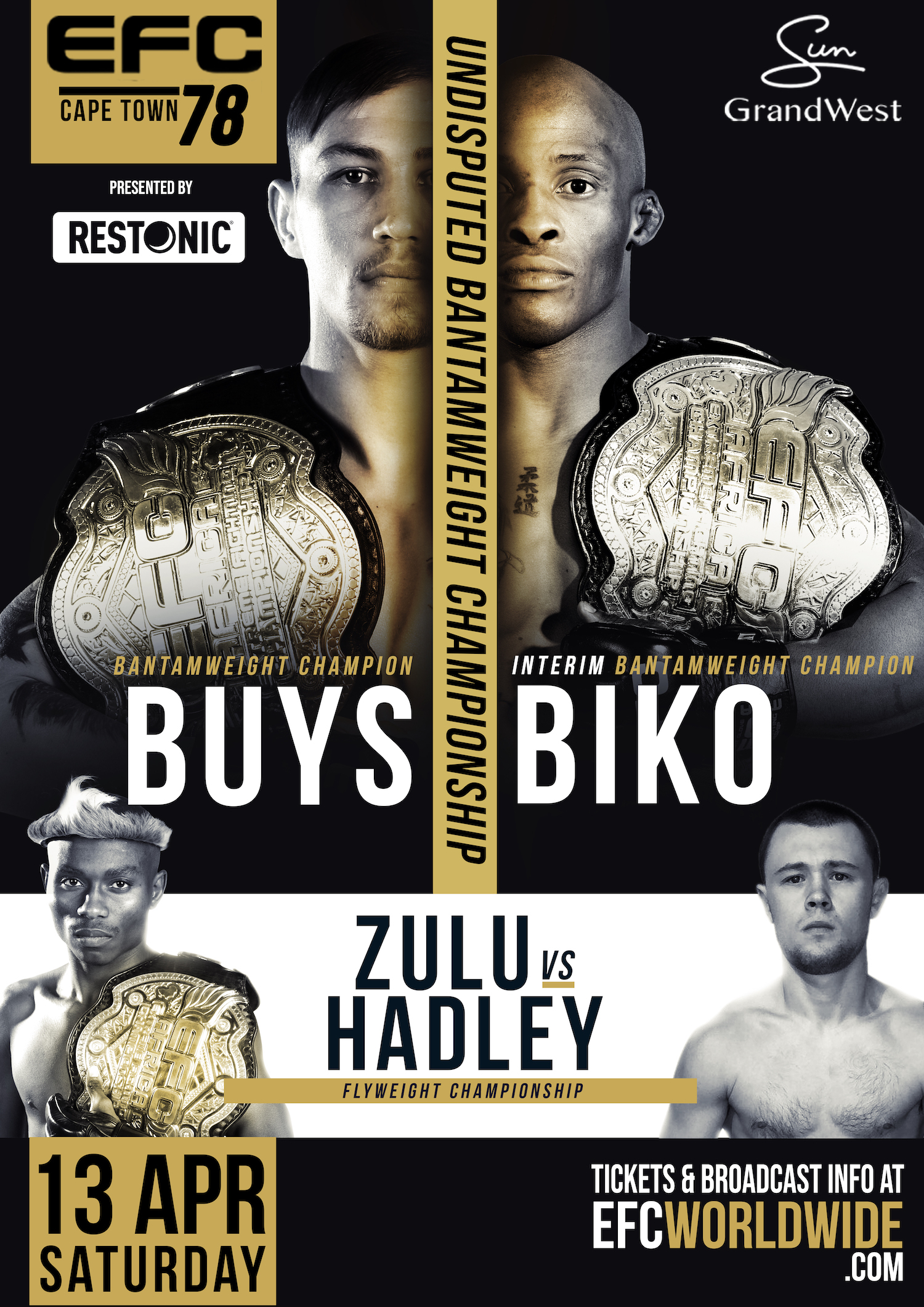 Cape Town, South Africa – We are just 5 days out from EFC’s return to GrandWest, Cape Town. With two mega headlining fights and nine more epic fights, Saturday 13 April is one not to be missed!

The flyweights take centre stage in the co-main event, when South Africa’s Nkazimulo Zulu puts his title on the line against the ultra-dangerous undefeated Englishman, Jake Hadley. Watch the Countdown to Buys vs Biko: https://youtu.be/dVYWfNGjNTI

Also on the main card, welterweight contenders, Luke Michael and Conrad Seabi clash in the first fight of the welterweight Grand Prix. The winner will fight for the vacant title later this year. Plus, the heavy-hitting Saxon Delafield, goes head-to-head with the accurate striking of Rodrique Kena, and two of the ‘Mother City’s’ favourites make their long-awaited returns to the Hexagon and collide in the opening fight of the main card. Shaun de Lange takes-on Marcel Teniers.

Kicking-off the highly anticipated fight night, 6 more matchups between some of the organisation’s biggest names will take place. 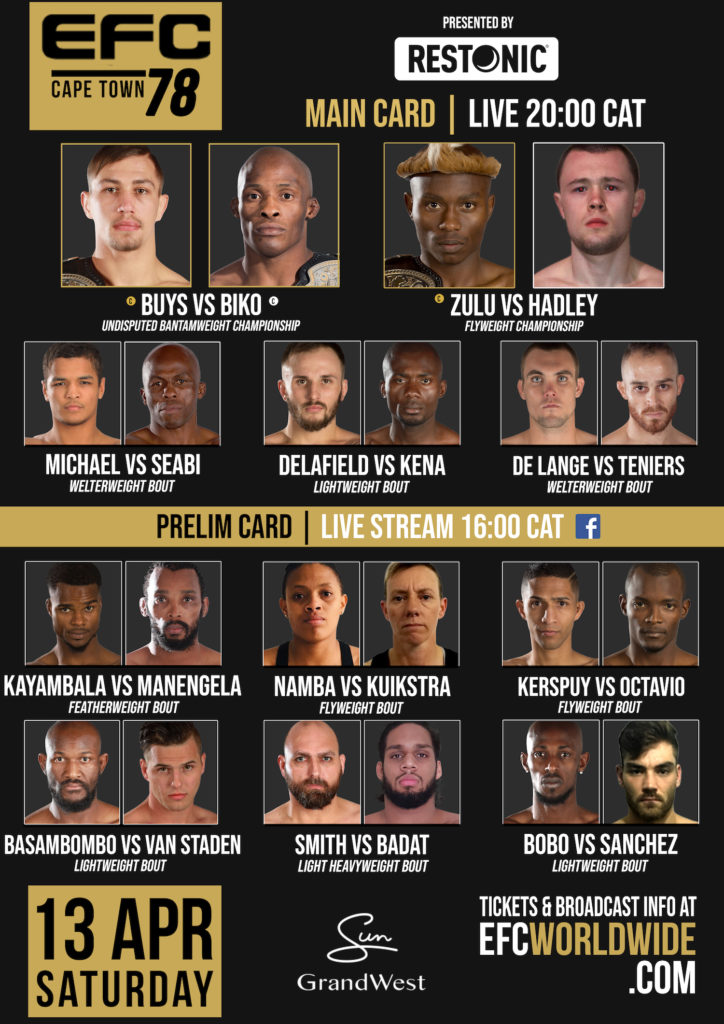