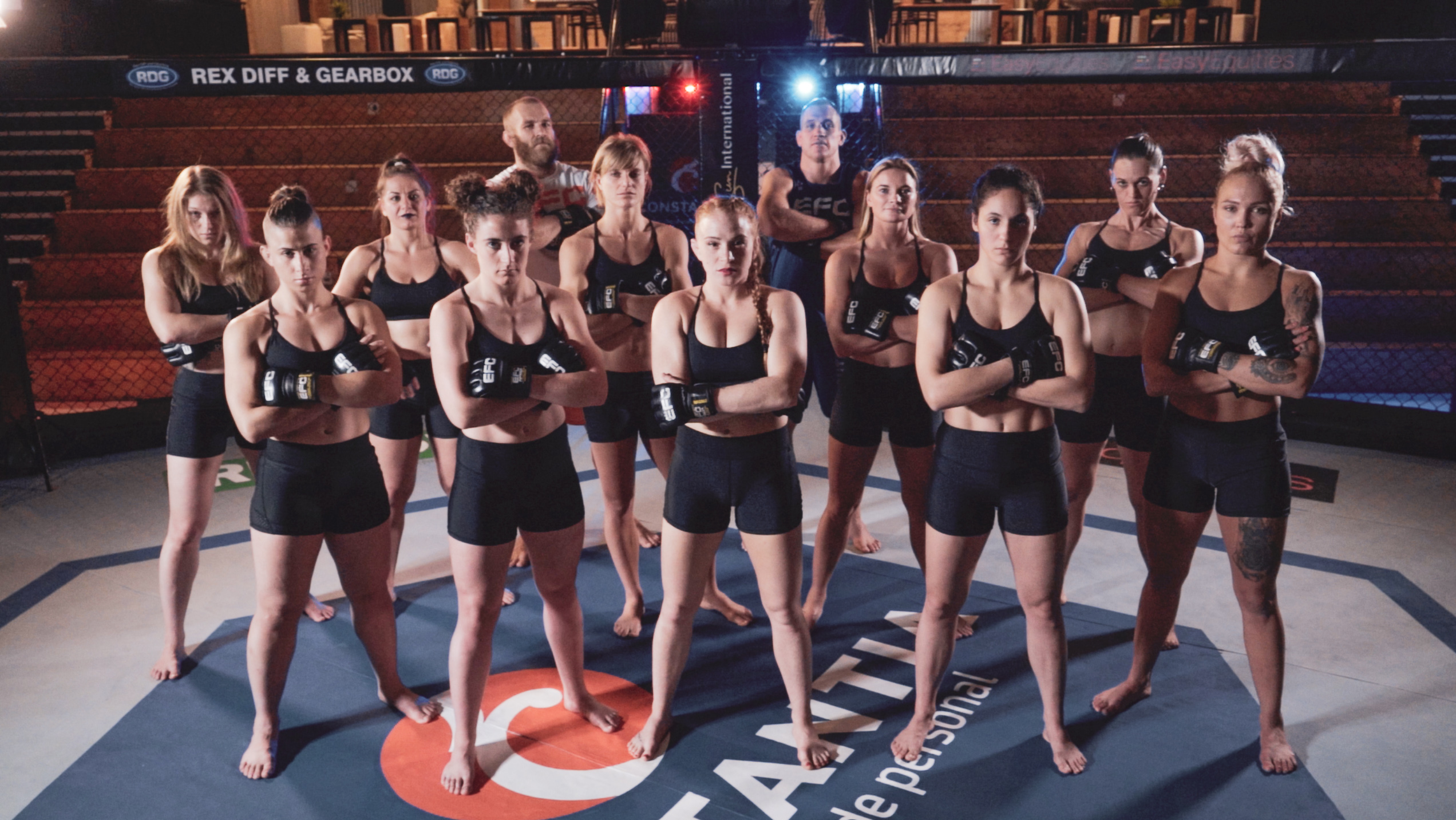 Johannesburg, South Africa – The hype has been building since the first announcement of Season 2 of the hit reality show, The Fighter, was made. Now the world awaits the premiere of TF2 debuting on television on 26 April. The show pits 10 of the best female MMA flyweight prospects from around the world put up against each other.

Sequestered in a penthouse at The Capital in Rosebank, Johannesburg, they lived together, trained together and competed against each other at the EFC Performance Institute for the ultimate prize: a six-figure contract and a guaranteed shot at the EFC women’s flyweight title.

A rivalry was sparked as EFC superstars Garreth McLellan and Brendan Lesar clashed, taking the reins as opposing coaches in the series. Over the 10 episodes they prepared their hand – picked teams to compete against each other in a series of elimination fights, and ultimately face each other in the grand finale where the interim EFC middleweight title will be on the line.

While a new hour – long episode will be released each week, the grand finale will take place on 29 June where the two finalists and the two coaches will face each other in two epic fights which will be broadcast live on TV around the world.

IconicSports.tv – Worldwide – Every Friday at 21:00 CAT