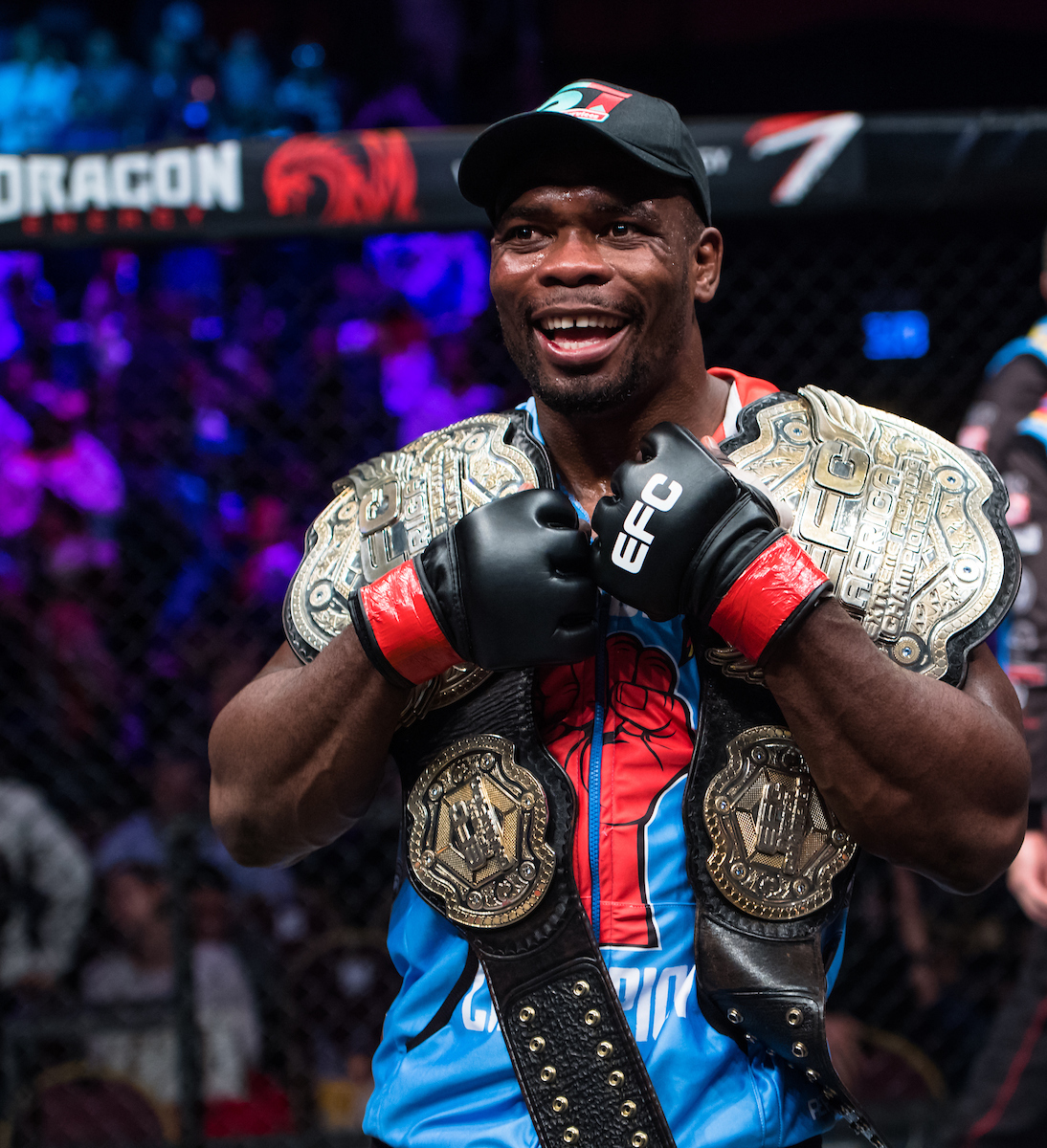 Johannesburg South Africa – Earlier this year it was announced that EFC’s Dalcha Lungiambula had signed with Las Vegas based promotion, UFC. No date or event for his debut had been revealed until now. The former double division champ will take-on USA’s Justin Ledet (9-2) in his promotional debut at UFC Fight Night Minneapolis on June 29.

In a recent interview on IOL, Dalcha said, “My first fight in the Ultimate Fighting Championship is going to be a message, a message that the true champion has arrived. That the champion is here.”

Also, hailing from DRC, the undisputed EFC 145lbs champion, Igeu Kabesa (11-1), defends his title against the undefeated ‘Croatian Cowboy’ Karlo Caput (8-0) this Saturday at Carnival City in Johannesburg. Kabesa is currently riding a three-fight win streak and aims to continue to lift his country’s flag and follow in Dalcha’s footsteps.

All eyes are now on EFC 79 Kabesa vs Caput is presented by Restonic Mattresses and takes place on Saturday 04 May live from Carnival City, Johannesburg. Tickets are on sale at www.computicket.com. Full broadcast details available at www.efcworldwide.com.