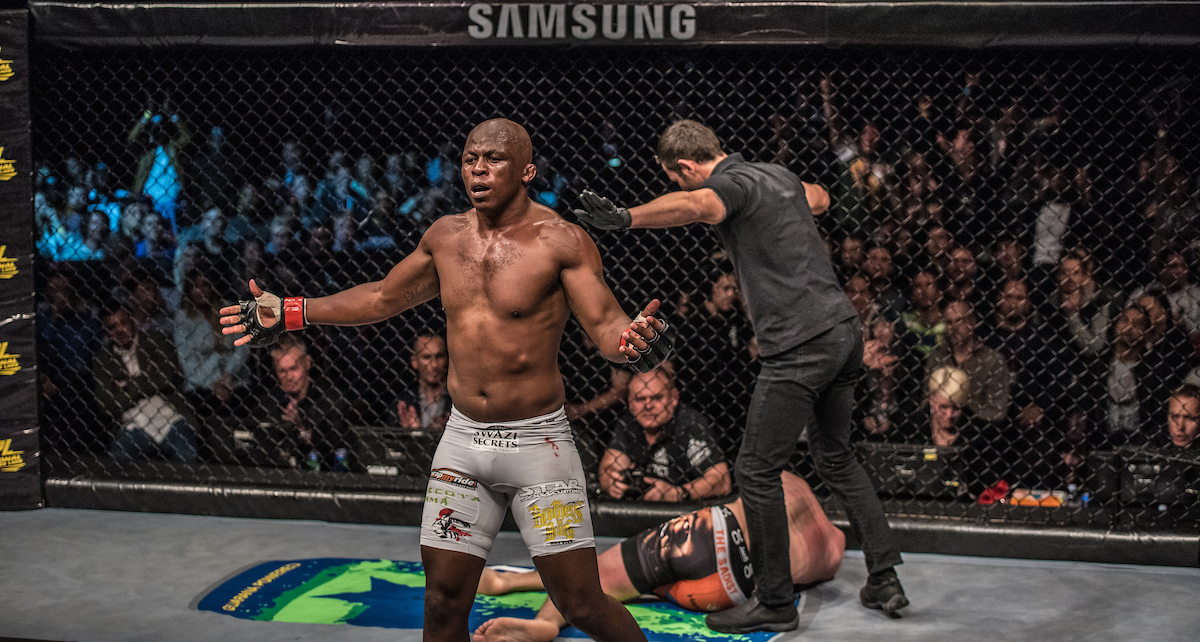 Johannesburg South Africa – One of the most anticipated fights of the upcoming EFC 80 fight card is the EFC welterweight Grand Prix semifinal between Luke Michael and Conrad Seabi. A super-heated fight between bitter adversaries that has been building up and postponed multiple times. Michael was recently interviewed by EFC staff writers. Seabi unimpressed, responded in his full force, “Tell that little b**** I am going to show up and kick his ass!”

Seabi has been campaigning in the welterweight for some time. Since making his EFC debut he has been highly present. Never one to shy away from a fight or making his thoughts and intentions heard.

“Luke is just like every other fighter.” Seabi explains about his upcoming opponent. “He is a scared boy. Of course, he says he is gonna win, it is a mask he puts on for the public. Bottom line is I will break him and finish him.”

When asked about the EFC welterweight tournament, Seabi responded, “It means the world to me. While I always work hard, the fact that EFC is taking me seriously as one of the top contenders is extra motivation. I am honoured.”

Should Seabi defeat Michael, he will progress to the tournament finals and face Zimbabwe’s Themba Gorimbo for the EFC welterweight championship. Another rivalry that has started boiling over at the EFC 79 press conference.

“I’ll cross the Themba bridge WHEN I get there,” Seabi replied when asked about the possibility of facing Gorimbo. He added, “First I want to teach Luke a lesson!”

Michael and Seabi have been scheduled to face each other twice now. Most recently Seabi was injured during his weight cut for the fight at EFC 78 in Cape Town. The EFC medical officials would not clear him to fight. And previously, a few weeks out from EFC 76, Michael injured his knee and withdrew; leaving Seabi to face Brazil’s Jose Da Rocha as a replacement.

Will third time be the charm? Only time will tell, but both men seem adamant nothing will stop them.

“Tell Luke I am gonna break his leg for good!”

Strong words, from a strongly minded warrior to end an interview.

This fight takes place on the main card ahead of the EFC middleweight championship fight between Garreth McLellan and Brendan Lesar and the #TF2 Finale.