#TF2 FINALE CONTESTANTS TO BE REVEALED THIS WEEKEND AHEAD OF #EFC80 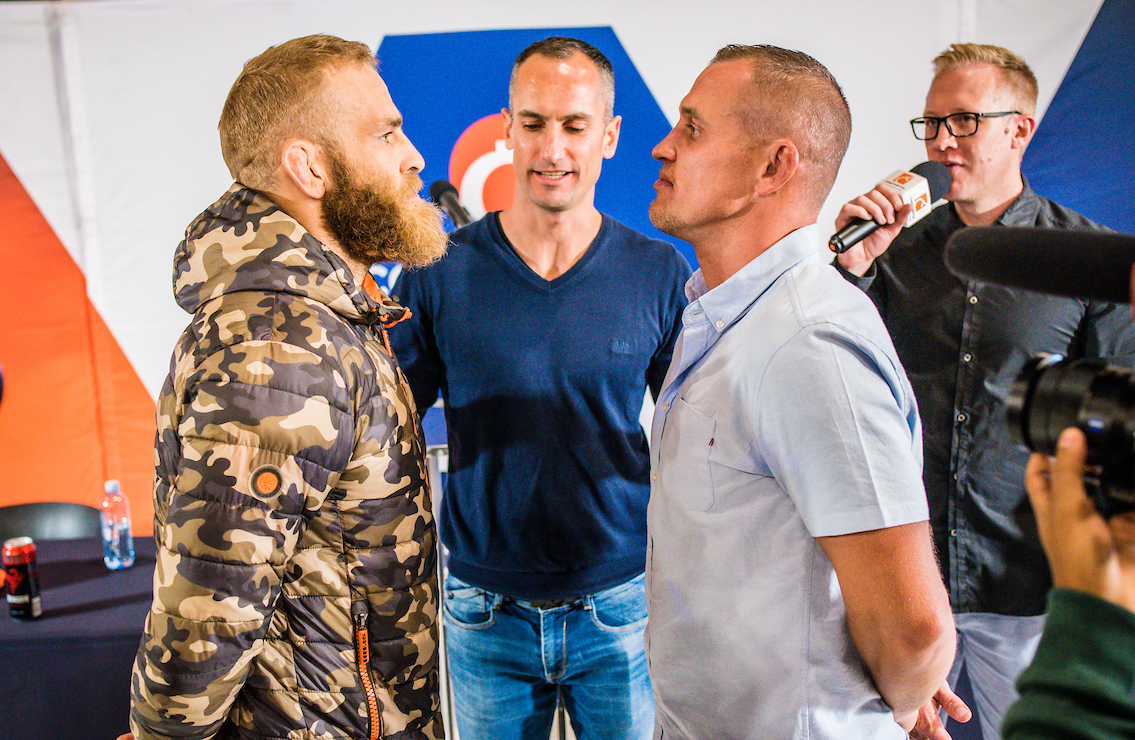 After an exhilarating press conference hosted at the EFC PI, we are only 10 days away from EFC taking centre stage at the home of African MMA in the Big Top Arena, Carnival City, Johannesburg. EFC 80 Soldierboy vs Lesar #TF2 Finale, presented by Constantia Insurance, brings the fans a 12-fight action packed card. Headlined by a massive title fight, the #TF2 finale, a No.1 contender bout and nine more exciting match-ups.

In the main event, former champ and former UFC middleweight, Garreth ‘Soldierboy’ McLellan makes his return to the EFC Hexagon for the first time in almost 5 years to face #TF2 rival coach and TF1 winner, Brendan Lesar for the interim EFC middleweight title.

“It is a great opportunity for me to be in front of the SA fans again… I am coming up against somebody that is just as hungry as I am. Who just wants to be as successful as I am in what I do and is gonna fight just as hard,” stated McLellan at Friday’s press conference.

“I am in a good space and I just want to enjoy the moment and embrace the experience. I am on the main card and going up against an MMA icon in South Africa. I look forward to doing my best,” responded Lesar.

The #TF2 finale takes place as the co-main event and sees the two finalists from the hit reality tv show that has been playing out on television around the world over the past 9 weeks. With the semi-finals taking place this weekend, who will be crowned the #TF2 champion and earn the 6-figure EFC contract and a guaranteed shot at Amanda Lino for the EFC women’s flyweight title. Will it be Sweden’s Cornelia Holm, France’s Manon Fiorot, USA’s Kayla Hracho or Netherland’s Mellony Geugjes? Broadcast details available here.

Also on the main card, the second leg of the EFC welterweight Grand Prix goes-down. Bitter rivals, Conrad Seabi & Luke Michael, will finally collide after months of build-up and re-scheduling due to injuries. The winner will be named the official No.1 EFC welterweight contender and face Themba Gorimbo in the Grand Prix finals for the vacant welterweight championship.

“I am focused on one fight at a time. I am going to finish this guy and then I’ll fight Themba for the belt,” replied Michael when asked on the welterweight Grand Prix.

Kicking-off the highly anticipated fight night, 7 more matchups between some of the organisation’s biggest names and rising stars will take place.