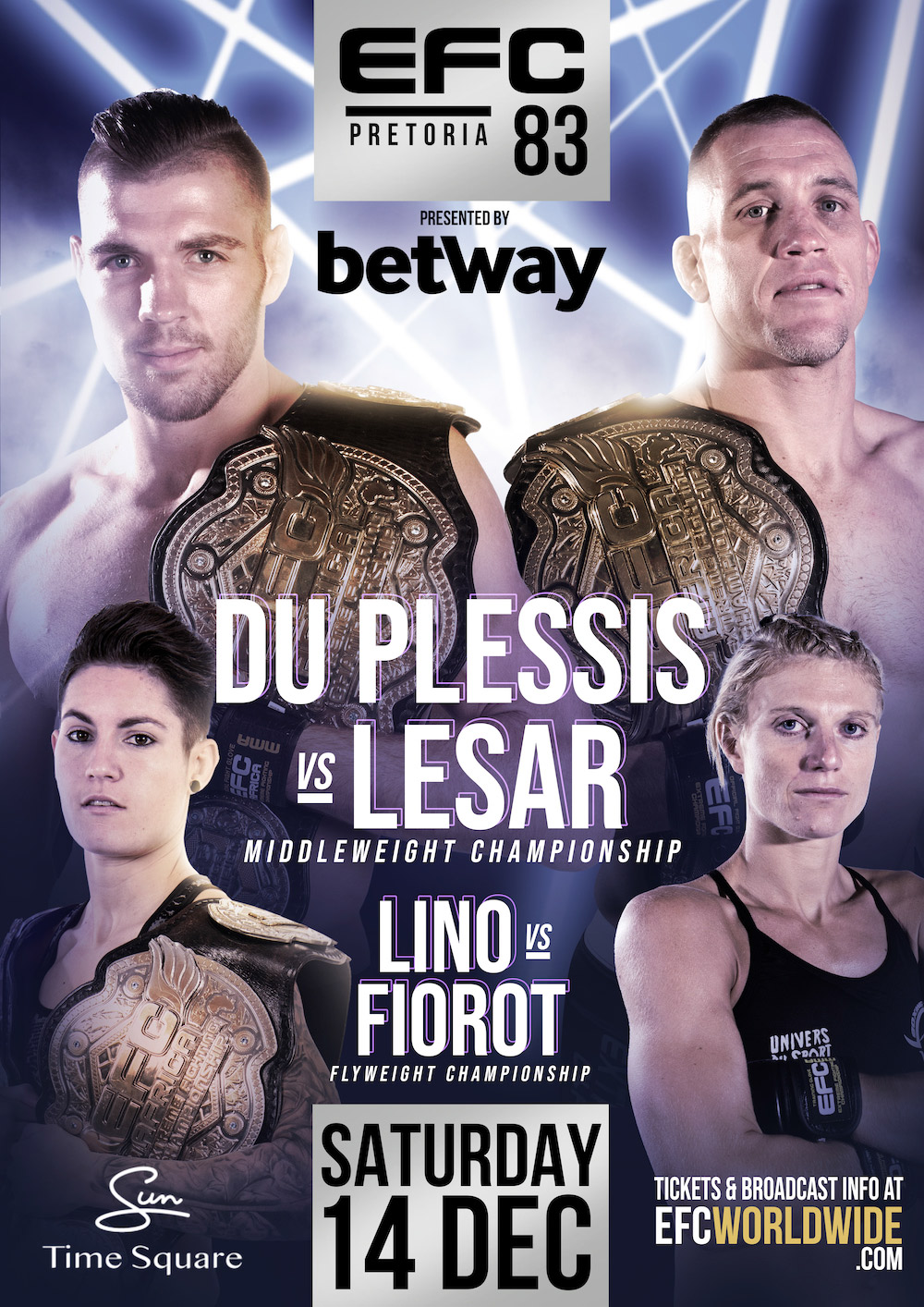 Pretoria, South Africa – It has taken 2 years. An African champion injecting himself into the largest promotion in Europe as their new surprise star. An action-packed reality TV show that carved through 10 undefeated prospects from around the world which then lead to a second season of the reality TV show which shaped a contender into a house hold name, as we watched him conquer as a coach and dethrone the original SA MMA superstar, to get here.

Now, we are standing, as MMA fans of this 2-year long documentary of violence, on the precipice of two prolific champions FINALLY clashing and on the verge of answering the “fiercest fighter on the continent” question, as the women’s crown is also FINALLY and rightfully positioned.

Du Plessis is the youngest and most accomplished champion in EFC history. He has circled the globe hunting belts in Europe’s largest MMA promotion, KSW, while brandishing gold from two of EFC’s most talent rich divisions, which he ascended in juggernaut fashion. Acknowledging the devastating figure, Brendan Lesar, after the lone soldier systematically conquered 2 reality TV shows, one as a 1-0 unknown contestant toting mystery as his fall back attribute and the other as the now famous formidable coach, decimating his opponent’s team with calculated games plans and sheer tenacity. Lesar didn’t stop there as he went on to KO his rival coach and legendary power house, Garreth Mcellan in the 1st round, an act that sent shockwaves through the MMA world and cemented Du Plessis’s next challenge. This is the pinnacle of the sports legendary matchups.

Amanda “Mad Dog” Lino, is a figure associated with brutality and indomitable come back super powers. Lino has sat convinced of her dominance in the women’s MMA divisions by holding 2 of the 3 divisions’ belts, beaconing challengers from abroad and agreeing to wait the outcome of a flyweight challenger in the second season of THE FIGHTER. She now emerges from a fight camp of violent baptism to face the winner of season 2. The artistically hostel striking aficionado Manon Fiorot, who is equal parts intense, graceful, violent and unforgiving when in combat. Fiorot has picked apart opponents clinically and imposed her will. Fans have flocked to her in support, as she leaves an indelible mark on your fight senses in every articulated movement. The fiercest fighter on the continent will be declared!

It is a rematch that is also 2 years in the making, that precedes the title fights. Two lightweights on impressive win streaks littered with highlight reel finishes are set to collide. Pretoria’s own, DRC born Anicet Kanyeba goes head-to-head with Cape Town’s Saxon Delafield. The next in line in the division will be decided.

Plus, 2 bantamweight match-ups will open the main card in electric fashion as the official No.1 contender will rise to challenge reigning undisputed champ, Faeez Jacobs. Angola’s Marino Cutendana takes on the surging Devon Cronje and KO artist Asiashu Tshitamba returns to his home town to clash with a former title contender in Zimbabwe’s Sylvester Chipfumbu. 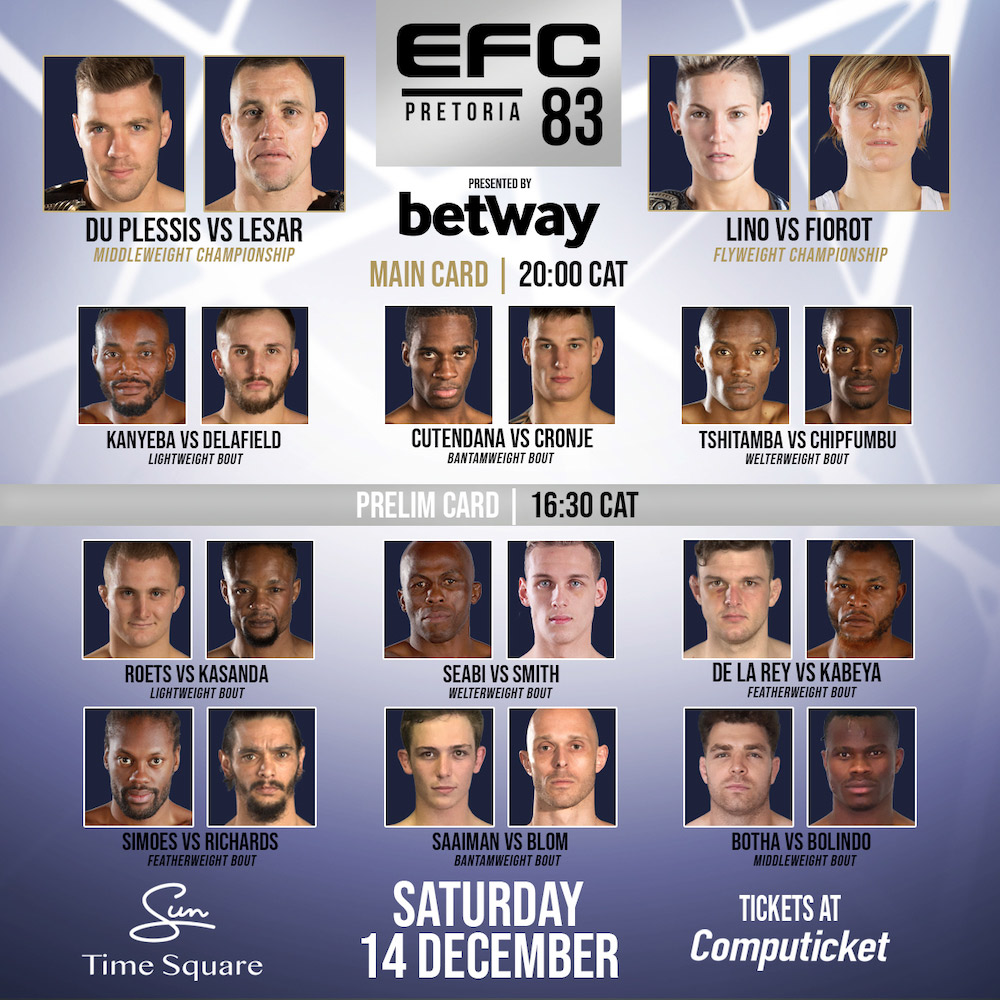