MEGA BATTLES IN THE CAPITAL CITY 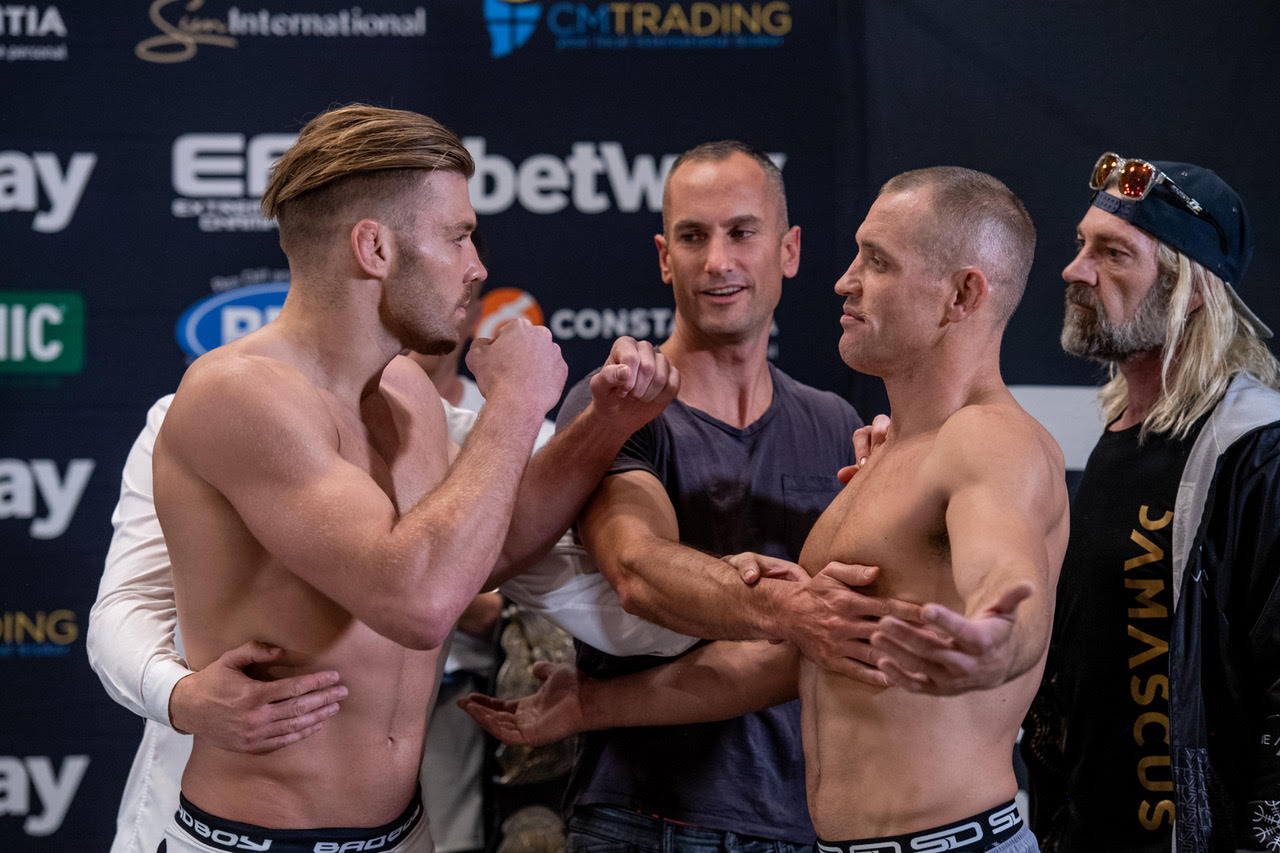 Pretoria, South Africa – An intense weigh-in for EFC 83 took place at the EFC Performance Institute, Johannesburg today, with all four main event athletes making their respective weight limits. In the main event, a rivalry that has been over 2-years in the making comes to a mega conclusion. Reigning champion, Dricus du Plessis (13-2) faces interim and TF1 champion Brendan Lesar (3-). Co-headlining sees the queen of the organisation, double division champion and pride of Durban, Amanda Lino (4-1) put her flyweight title on the line against, the ultra-dangerous TF2 champion, Manon Fiorot (1-1) from France.

Du Plessis and Lesar, boasting extreme confidence in their abilities, stood face-to-face refusing to be the first to back away.

“I am undefeated for a reason and I am going to put on a fight for you guys,” stated Lesar.

“He has absolutely zero chance against me tomorrow,” responded Du Plessis. “This fight means everything. It has been over 2 years since I last fought in South Africa, and will be the first time in Pretoria.”

One of the most highly anticipated fights this year is the culmination of the second season of The Fighter. Defeating all who faced her, Manon Fiorot impressed and stole the hearts of fans around the world. The final victory at the TF2 Finale earned her the right to challenge the dominant champ, Amanda Lino. Echoing their first face-off months ago, Fiorot shoved Lino backwards.

Fiorot has a simple message for fans, “It will be a knockout.”

Lino responded, “She likes to throw her kicks and we have a gameplan. I can’t wait for tomorrow night and put on a show for the fans!” 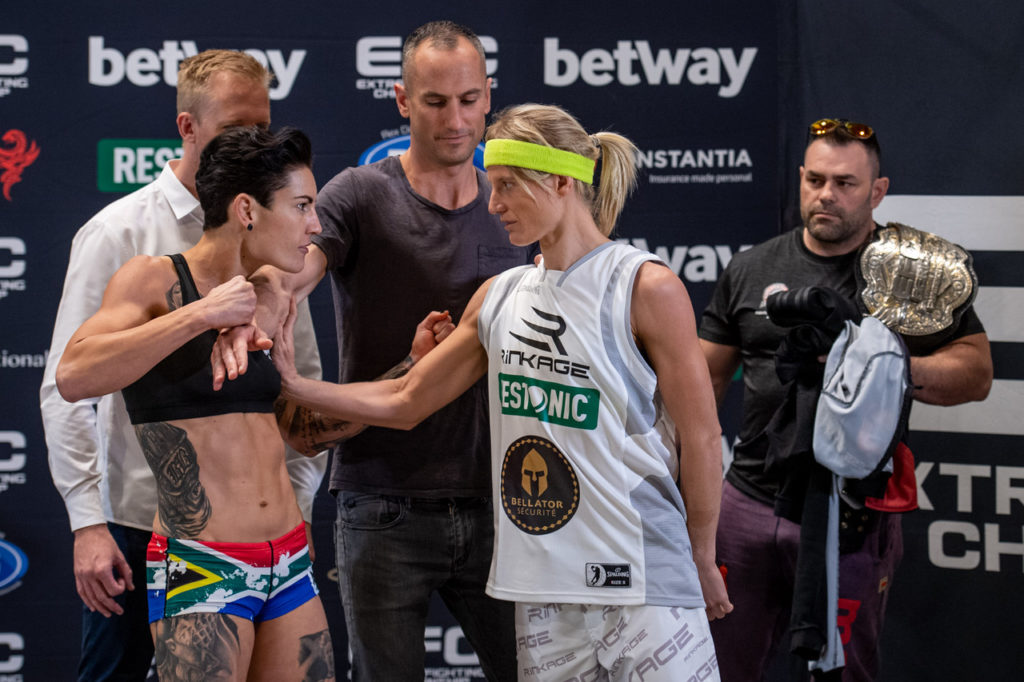 A rematch that has been over 2 years in the making, DRC’s Anicet Kanyeba faces South Africa’s Saxon Delafield. The first time they met was in Delafield’s home town of Durban, while coming close to multiple submission finishes, it was Kanyeba who emerged victorious via TKO. This time in Kanyeba’s back yard, Pretoria, both men are now running impressive win streaks bolstered with highlight real finishes, and promise bonus winning performances tomorrow night. The future of the EFC lightweight division will hang in the balance, as this battle will produce a future contender.

With their eyes firmly set on the bantamweight champion, Faeez Jacobs, the two opening fights of the main card will produce an official number 1 contender to challenge for the belt next year. In one bout, Angola’s Marino Cutendana faces rising talent, Devon Cronje. In the opening fight, KO artist Asiashu Tshitamba clashes with former contender, Zimbabwe’s Sylvester Chipfumbu. With so much hanging in the balance, none of the 4 warriors will leave anything to chance.

Corne Blom failed to make weight and will suffer a financial penalty.

The official EFC 83 weigh-in results are as follows:

EFC 83 Du Plessis vs Lesar, Lino vs Fiorot is presented by Betway and takes place on Saturday 14 December, live from Time Square, Pretoria. Tickets are on sale at www.computicket.com. Full broadcast details available at www.efcworldwide.com.