TIME TO KNUCKLE UP AND THROW DOWN 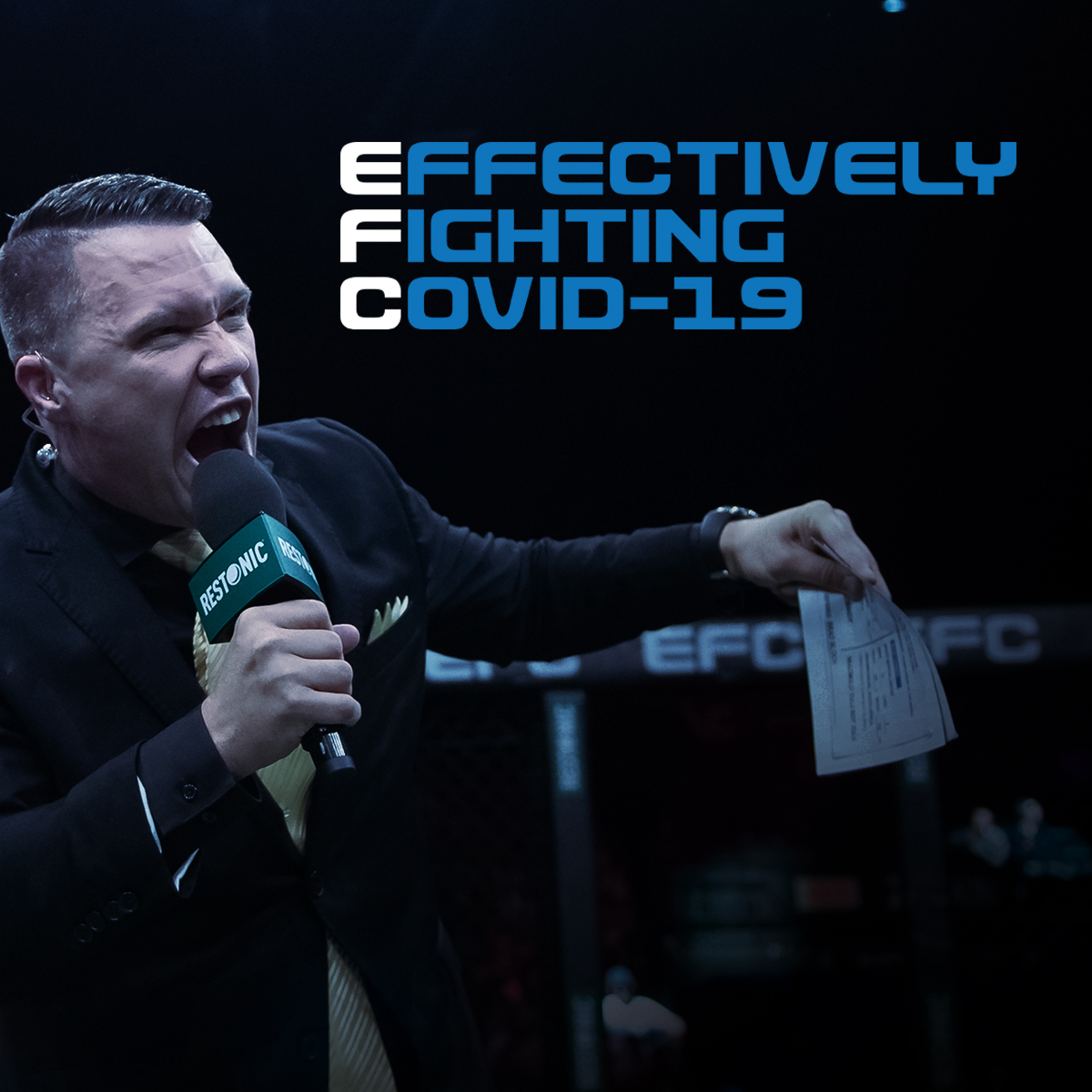 Johannesburg, South Africa – As with the majority of sports around the world, recent EFC bouts, which are all hosted in South Africa, have been suspended due to the worldwide COVID-19 pandemic. The pandemic forced the South African government to institute a nationwide lockdown, restricting movement and activities.

Although the EFC medical procedures are some of the strictest in the world of sports, and at the time that South Africa went into lockdown, the organisation had adapted its medical and safety protocols to be ready to host bouts under even stricter measures, it was unfortunately not possible for the organisation to host bouts under the South African strict lockdown laws.

The lockdown restrictions have since eased, and as EFC has some of the best safety standards in the world, the organisation is in a position to once again host bouts.

The current rules set by the South African government don’t allow for professional contact sport to resume, however, EFC has applied for approval to start hosting live professional MMA bouts again. Whilst adhering to the strictest COVID-19 safety protocols such as testing, screening and wearing of protective equipment, the bouts would be behind closed doors, with a minimum crew and no spectators. EFC would leverage its vast TV broadcast platform to continue to reach the millions of viewers from across the continent and the globe.

In addition to the safety protocols, EFC has instituted an extensive COVID-19 awareness campaign. Using one of the continents most popular sports as a driver to deliver a message of health and safety, the organisation has temporarily changed its name to EFC, EFFECTIVELY FIGHTING COVID-19, and along with an extensive social awareness campaign, EFC, in partnership with the South African National Defence Force (the SANDF), is delivering a message of peace, safety and security to the continent during this time (see the video which EFC is broadcasting on TV to millions across the continent – https://youtu.be/PsXjVPNj_TM).

“An application to the South African government has been made and we are awaiting a formal response, however we are really hopeful, as based on our safety procedures being stricter than just about any other sport or industry, there is no reason for EFC not to be given the go-ahead to resume,” stated EFC President Caro Howarth. “Times are incredibly tough for people right now, but we are in a position to help kickstart the economy, in the safest possible way, and keep an entire industry and community working. There are great international examples on how to conduct MMA bouts safely amid this pandemic, we have learned from these, and EFC can provide much needed income and relief to many athletes and support staff, plus live entertainment to sport fans.”

Following are some of the points made in the official EFC application to the South African government:

– EFC has made an application to the South African government requesting permission to host professional MMA bouts, in a strictly limited manner, behind closed doors exclusively for television, and in accordance with strict health and safety protocols which have been developed to combat the COVID-19 pandemic.

– EFC makes this application to government in its own interests, in the interests of the athletes, support staff, officials and trainers who depend on the professional MMA sector, and in the interests of South Africans generally in preserving a sector of our economy and being in a position to watch live sport safely.

– In partnership with the SANDF, EFC already produces and extensively broadcasts COVID-19 messages on major TV channels across South Africa and the African continent.

– Government has already permitted TV production companies and studios to return to operation under level 4. EFC is ready and able to arrange MMA bouts, produced exclusively for TV behind closed doors, in a controlled TV studio environment, that will be as safe (or safer) than the average sized TV production.

– The UFC, headquartered in the United States, has recently returned to competition in the US, also behind closed doors, and we have extensively studied and adopted many of their COVID-19 safety protocols.

– Unlike larger team sports, EFC bouts do not bring together many participants in one competition. Athletes compete individually in bouts, they will have been extensively screened, and will have had to test negative for COVID-19 just prior to the bout, and will be strictly quarantined after testing until competing. Hence the risk of transmission is very low.

– EFC bouts conducted in accordance with the health and safety protocols we have prepared will, in our respectful submission, be as safe as it is reasonably possible to make any TV production or workplace, and the risk of transmission will be significantly less than in most other sectors or sports.

– EFC is in a position to return to operation immediately and organise safe and controlled bouts, produced exclusively for TV, with less than 50 people. EFC will be adhering to the strictest COVID-19 safety protocols.1111