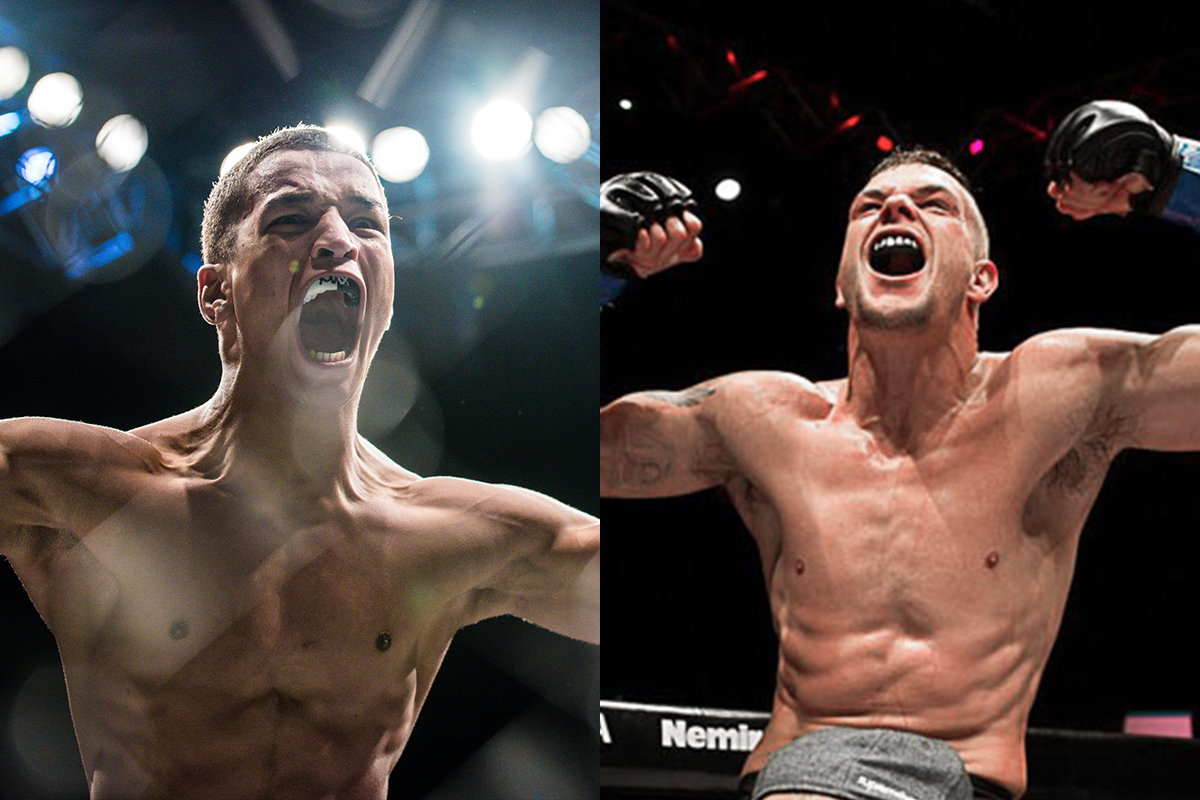 “Everyone has a plan until they get punched in the face”. The infamous quote not only rings true in a fight, but in the fight business too. The stage for the highly anticipated upcoming EFC 87 event was set. Bitter rivals, Conrad Seabi and Luke Michaels, who have been matched to compete on numerous occasions before, were once again set to face off in the Hexagon, and this time it was at middleweight in the the main event headlining bout. Fate however had a different plan.

Flash back to EFC 86 on 12 June when we saw Ricky ‘The Apocalypse’ Misholas defeated by Conrad Seabi’s training partner, Matunga ‘Triple H’ Djikasa. The bout ending in a TKO was exciting but nothing specifically out of the ordinary for a heavyweight clash of titans; but what happened backstage after certainly was. Ricky succumbed to a flurry of blows from his DRC counterpart and went straight to the EFC medical team post fight for a check-up. Seabi followed with his teammate and what transpired from there is not entirely clear, but it resulted in Seabi laying flat on his back in the medical room and Ricky walking out. It is speculated that after Seabi confronted Misholas to congratulate him for a good performance, Misholas, who may have still been concussed at the time, struck Seabi with a mighty blow. Seabi went on to recover and carry on his cornering duties during the event, but the EFC medical team, who witnessed his trauma, made it clear that Seabi is in no position to compete on the next card and suspended him from competing until further notice.

Seabi vs Michael, the ultimate cursed match-up, was off once again.

EFC VP of talent Graeme Cartmell, who for the last ten years has been responsible for setting up the biggest MMA bouts the continent has seen, was at a loss and without a plan. Step in bouts for Michael were offered to a series of top prospects, but with the stakes of a middleweight contendership spot on the cards, and a very dangerous Michael hungry for redemption as an opponent, none materialised. The bout for Michael was to be cancelled, but a fiery desire from his team would not let it happen.

Michael’s plea for a worthy opponent enlisted one of his sponsors to offer a cash investment in the EFC organisation in return for the equivalent purse to be paid to an athlete who stepped up to face his fighter, and the bait worked. Former training partner and former welterweight champion, Dino Bagattin, who was mid preparation for a fight against Pietie Coxen on the same card, saw the offer and accepted the challenge.

“In our 10 plus years nothing like this has ever happened” stated Cartmell, “I don’t think I’ve ever heard of anything like this happening in MMA before” he added. “But we are in the fight business, and being able to adapt is what will make us thrive. Offering our athletes more is exactly what we want to do and why we are offering investment into our business, plus now, with far more on the line for the winner of this bout, we get to see what is sure to be a cracker of a fight!”

Thanks to a multitude of people and their perseverance, it is now official: Luke Michael takes on Dino Bagattin at a catchweight of 176 pounds. This falls between the welterweight and the middleweight division.

Robert Swanepoel has stepped up to face Pietie Coxen at EFC 87.

An inquiry into the actions of Ricky Misholas is underway.