THERE CAN ONLY BE 1 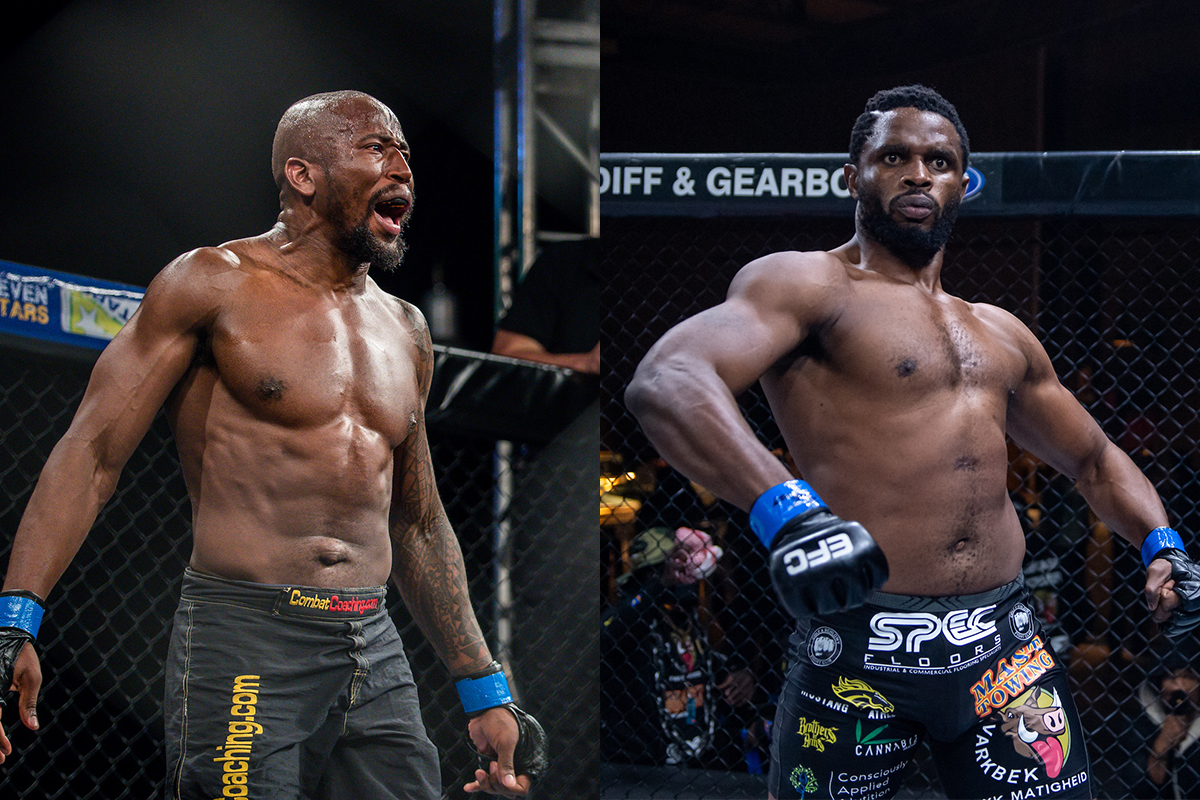 ‘The Doctor’ takes on ‘HHH Power’ for heavyweight gold

Sport is back and so is EFC, and at the upcoming EFC 88 event taking place behind closed doors, live on Saturday 14 August 2021 from the EFC Performance Institute in JHB, two heavyweight powerhouses, South Africa’s Thabani ‘The Doctor’ Mndebela and DRC’s Matunga ‘HHH Power’ Djikasa, both running a four-fight win streak in the organisation, are set to collide with the ultimate prize, the EFC heavyweight championship on the line.

Three EFC heavyweights before them have made their way up the ranks of Africa’s leading MMA organisation, conquered the division to become champion and gone on to fight in the UFC. With the MMA worlds sights firmly set on the talent rich African continent, and with EFC’s international broadcast reach being bigger than any other, and bigger than ever before, on 14 August the world will see who next gets to the top… and there can only be one.

Plus, set to light screens up around the world, the EFC 88 prelims see the likes of Lokolo vs Cundari, Boloyoang vs Steyn, Jailsen De Sousa Rodrigues from Brazil vs Edson Fonseca from Angola, Van Tonder vs Kanyinda, Hwende vs Mkhize, Simbowe vs Law and Ntete vs Plaatjies.

Don’t miss any of the action. All EFC 88 bouts are available to watch live from anywhere on the globe on efcworldwide.tv