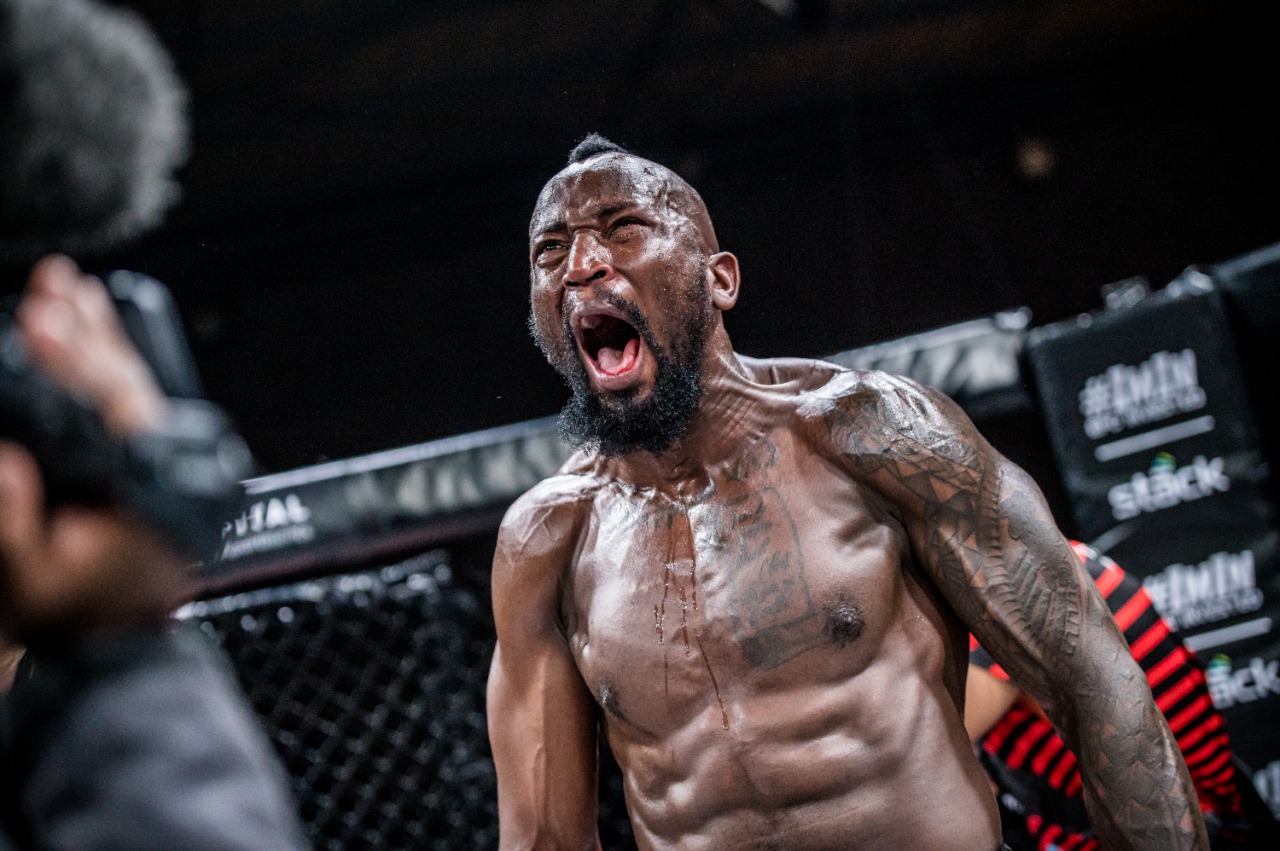 My father, my family, my continent

After a fire-filled and emotionally charged night showcasing some of the best of the continent’s mixed martial artists in action, EFC 88 saw the birth of a new king as Thabani ‘The Doctor’ Mndebela put a stop to ‘HHH Power’ in the second round

The official EFC 88 results are as follows.

Roevan De Beer defeated Orlando Machava via submission (guillotine) at 4:11 of round one

Smit ‘Malboer’ Steyn defeated British Boloyoang via TKO (strikes) at 3:31 of round two

Roy Lokolo defeated Francois Cundari via TKO (strikes) at 3:29 of round one

Shannon van Tonder defeated Trezeguet Kanyinda via TKO (strikes) at 4:20 of round one

Nicholas Hwende defeated Themba Mkhize via KO at 0:30 of round two

Julio Plaatjies defeated Teboho Ntene via submission (rear naked choke) at 2:16 or round one

Up next, EFC 89 Zuluboy vs Biko, presented by Restonic, takes place on Saturday 11 September 2021 live from the EFC Performance Institute in JHB, South Africa (no spectators due to COVID-19 government restrictions). Full broadcast and fight card information at www.efcworldwide.com.