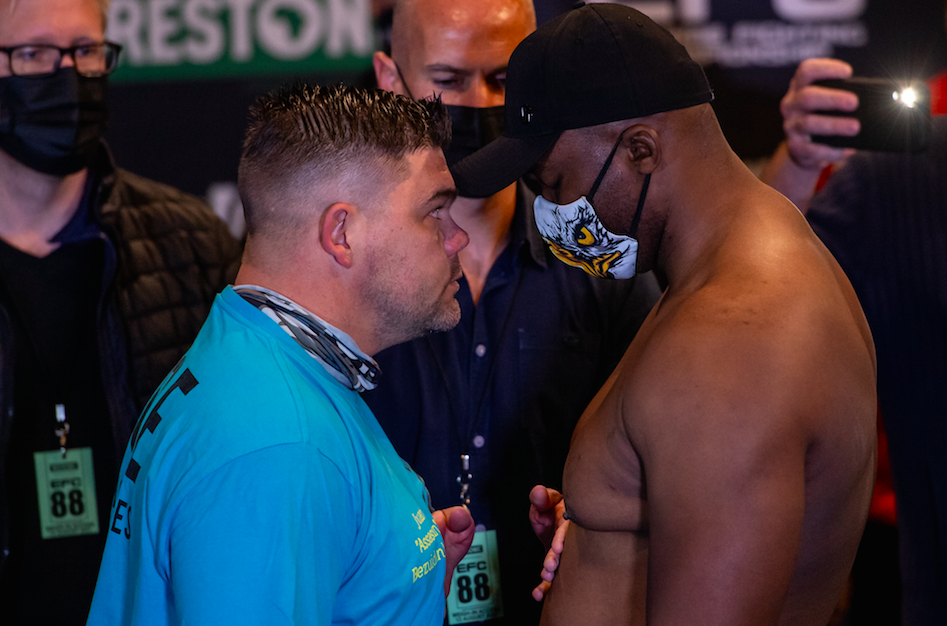 Medically not cleared to Fight

The heavyweight match-up between Ricky Misholas and Juan Bezuidenhout, which was scheduled to take place at EFC 88 has unfortunately had to be called off at the last minute due to Misholas not being medically cleared to fight.

After an issue was picked up during the EFC medicals yesterday, Misholas has been trying everything possible to get cleared in time but was unable to get confirmation that he can compete from the medical team.