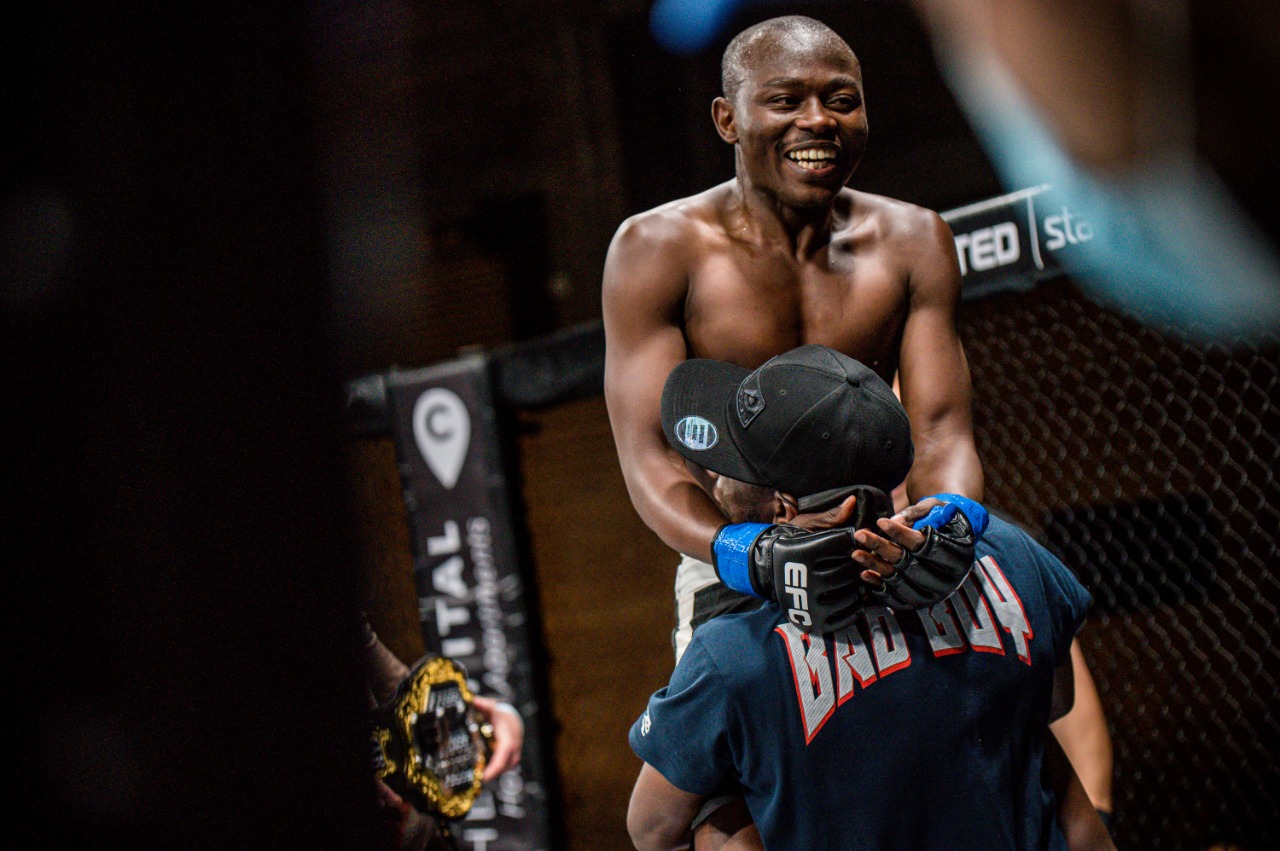 After EFC 89 and another electrifying night of MMA competition, all taking place behind closed doors in a new digital world at the EFC Performance Institute in JHB, South Africa, EFC has returned more dynamic and dangerous to the rest of the MMA world than before. With back-to-back EFC fight cards delivering non-stop action and the appetite for the sport globally growing faster than ever, the re-awakening of African MMA is in full swing!

The night saw a list of massive performances and spectacular fights and performance bonuses go to:

Orlando Machava – Fight of the Night

Eduardo Barros – Fight of the Night

The official EFC 89 results are as follows.

Nkazimulo Zulu defeated Luthando Biko via submission (guillotine) at 2:52 of round two

JT Botha defeated Petie Coxenvia knockout at 4:46 of round one

Vince Bembe defeated Warren Richards via TKO (strikes) at 3:03 of round two

Ashley Calvert defeated Guelor Sondi via submission (guillotine) at 1:26 of round one

Gift Walker defeated Martin Qcinukmondo via submission (mounted guillotine) at 0:40 of round three

EFC 90 Chipfumbu vs Manengela, presented by Restonic, takes place on Saturday 4 October 2021 live from the EFC Performance Institute in JHB, South Africa (no spectators due to COVID-19 government restrictions).