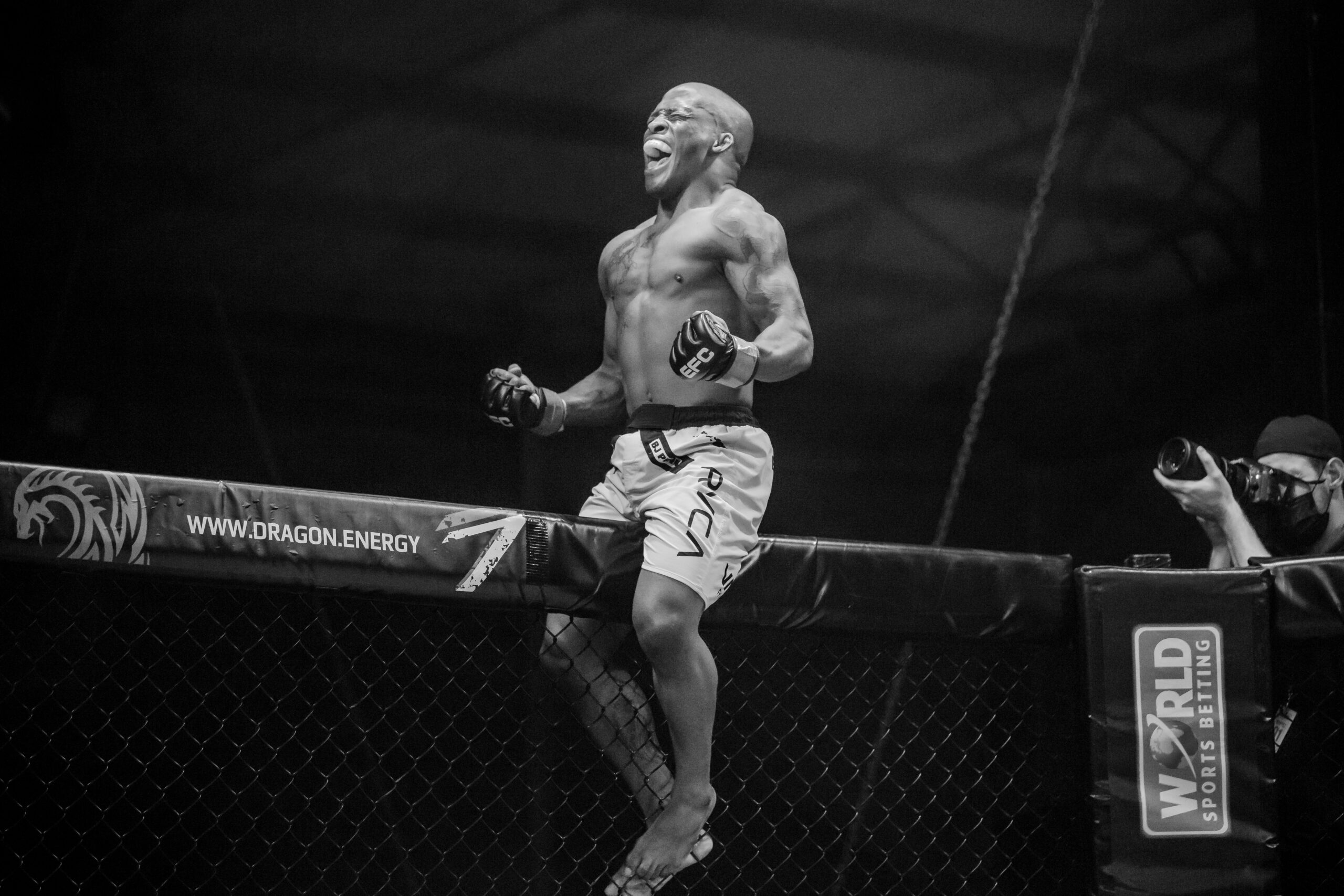 Hard-hitting EFC 91 rounds out the year in spectacular fashion

After a rocky start at the weigh-ins, last nights EFC 91 fight card delivered must-see action all around. The final event of the EFC year took place live from the EFC Performance Institute in Johannesburg, South Africa on December 4th, 2021 and featured lightning fast finishes and magnificent battles that went the distance.

With some last minute changes to the card, the night of fights produced a total of 13 exciting bouts, including a record breaking knockout and the crowning of a new flyweight king.

Below are the performance bonus winners and full results.

FIGHT OF THE NIGHT: Dayne Van Wyk vs Ceileigh Niedermayr

Luthando Biko defeated Nkazimulo Zulu via KO (strikes) at 0:26 of round one

Reinaldo Ekson defeated August Kayambala via submission (D’Arce Choke) at 1:02 of round two

Cole Henning defeated Tumisang Madiba via KO (strikes) at 0:05 of round one

Adrian Sanchez defeated Chris Dove via submission (Guillotine Choke) at 1:45 of round one

Gift Walker defeated Lukhmaan Jhazbhay by submission (Triangle Choke) at 2:19 of round one

Peace Nguphane defeated Pietie Coxen via submission (Von Flue Choke) at 2:44 of round one

Tapiwa Katikati defeated Stevo Law via TKO (Ground ‘n’ Pound) at 2:50 of round one

Danie Swart defeated Corne Blom via TKO (Ground ‘n’ Pound) at 3:33 of round one