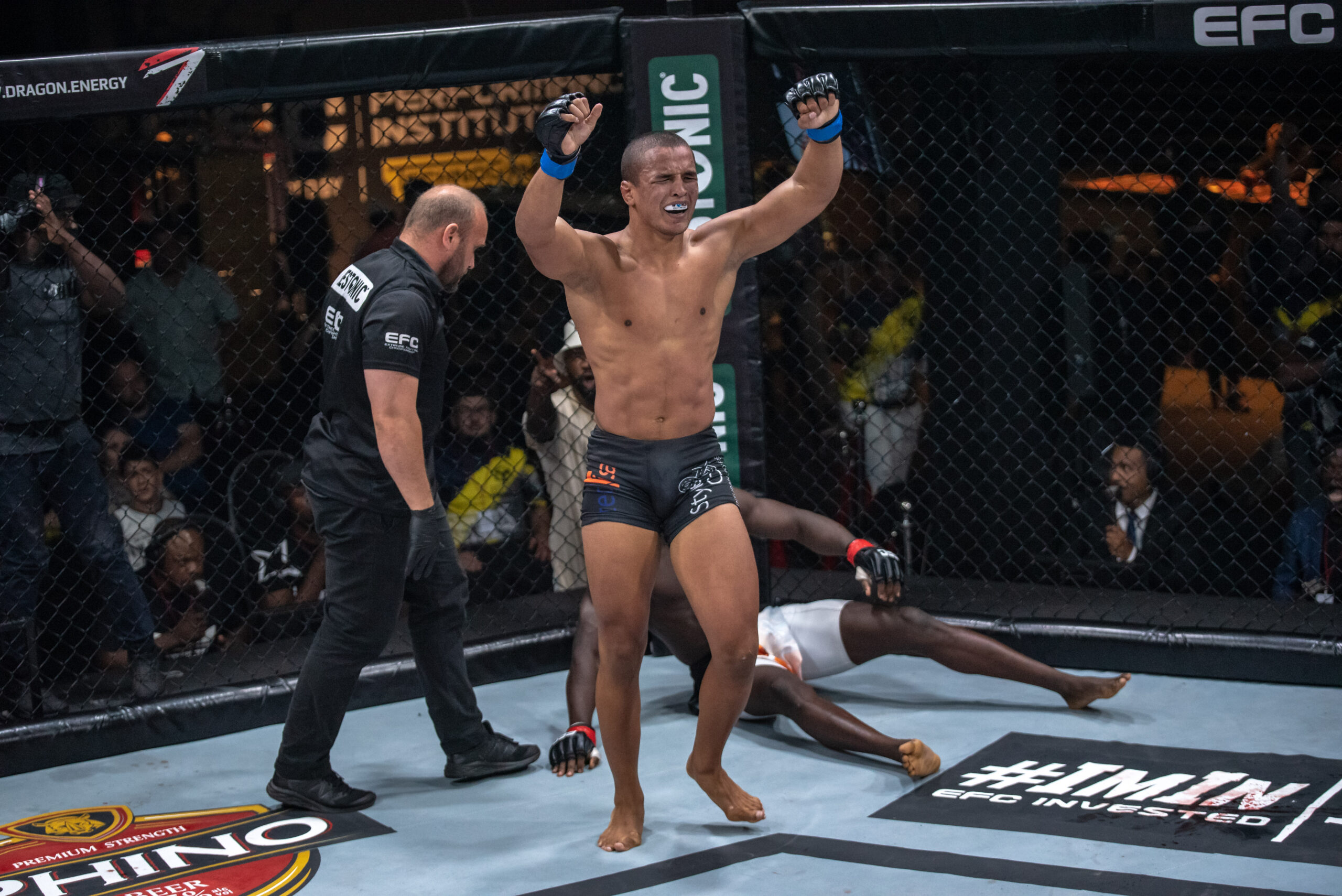 An exciting 12-fight card saw every athlete enter the Hexagon with something to prove but it was the Middleweight Title fight between Luke Michael and Pupanga Tresor which proved to be one of the most controversial contests in recent memory. After both athletes exchanged on the feet it was Pupanga Tresor who found himself in the ascendency on the canvas and began raining down some serious ground and pound. Amongst the barrage of blows, referee Ferdi Basson perceived several to have landed behind Michael’s head and signalled the fight to be over before changing his hands to a ‘time-out’ gesture.

The initial waving-off of the bout confused the crowd, corners and fighters who thought that the DRC man had won gold. Basson then deducted a point from Tresor and restarted the fight after which the positions were reversed, Michael taking top control, bringing down some heinous blows and forced the referee stoppage upon which a large section of the crowd began to protest with chairs and other missiles being thrown. Many are calling for an immediate rematch, the granting of which remains to be seen.

FIGHT OF THE NIGHT: Nerik Simoes vs Keir Harvey