The EFC middleweight division looks to put on a show 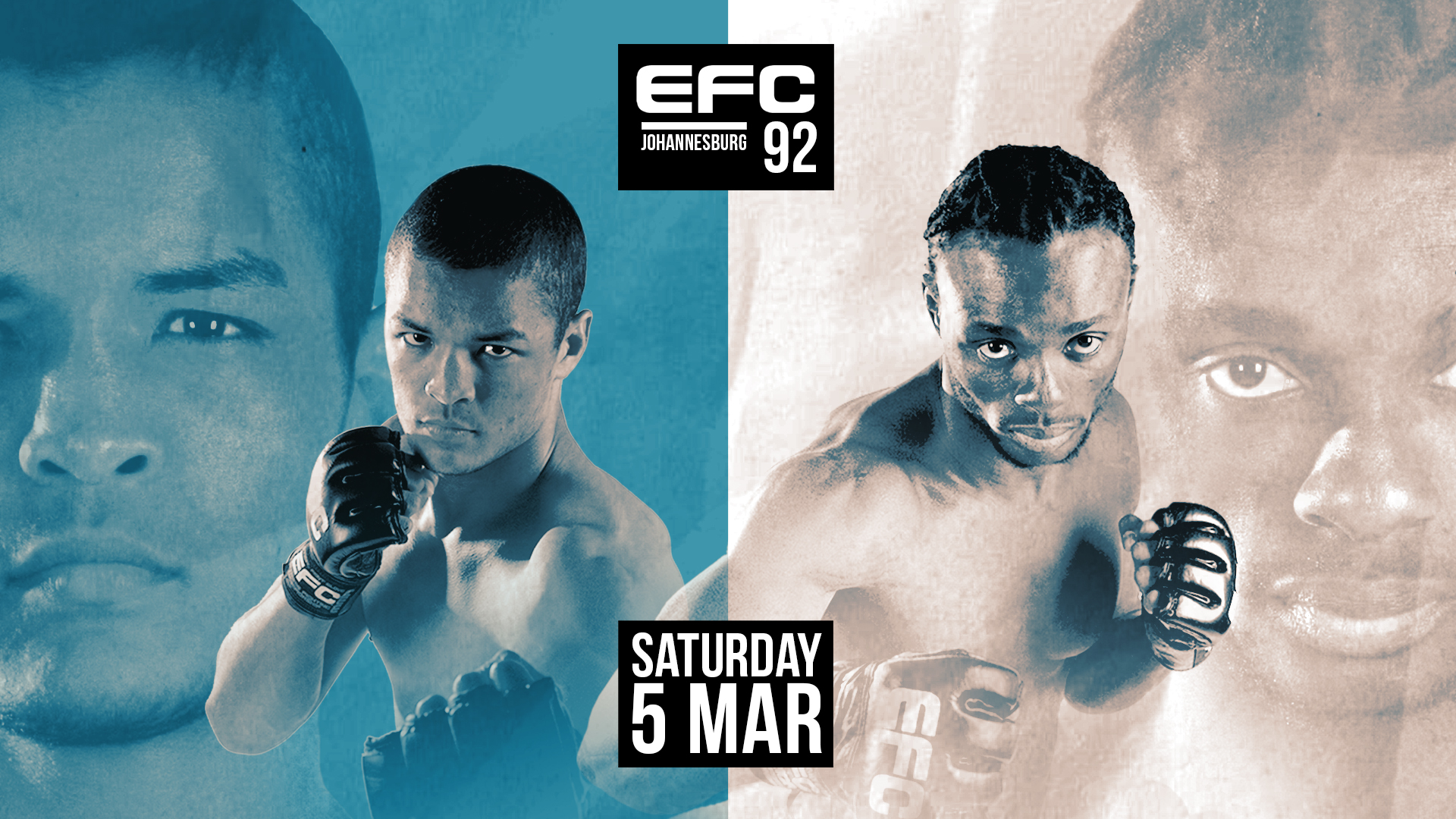 Johannesburg, South Africa – Kicking-off 2022 in violent style, EFC 92 is now just under two days away! The 5th of March will see Africa’s largest MMA promotion make it’s 2022 return with a card that is truly stacked!

Former training partners Luke Michael and Pupanga Tresor will square up for the first time, in a quest to capture the middleweight championship, after Dricus du Plessis signed to the UFC and vacated the title.

The EFC’s middleweight division has produced world-class talent, some of whom have gone on to represent the nation’s flag internationally. Come the 5th of March, Michael and Tresor will seek to add themselves in that list of greats by capturing the division’s highest rank.

Elsewhere on the card, stalwart JP Kruger, takes a break from coaching to step into the hexagon for the first time since EFC 49 in 2016 – going up against the DRC’s surging Roy Lokolo .

CIT’s hot prospect Cameron Saaiman faces Roevan de Beer in a fight that might just give us the next challenger for Sindile Manengela’s bantamweight belt and two athletes enter the womens strawweight division looking to battle their way up the division ladder.

EFC 92, Michael vs Tresor, is presented by World Sports Betting and takes place on Saturday, 05 March 2022 live from the EFC Performance Institute in JHB, South Africa (Limited spectators in attendance).