Fight Night returns with a bang!

What EFC Fight Night Is All About 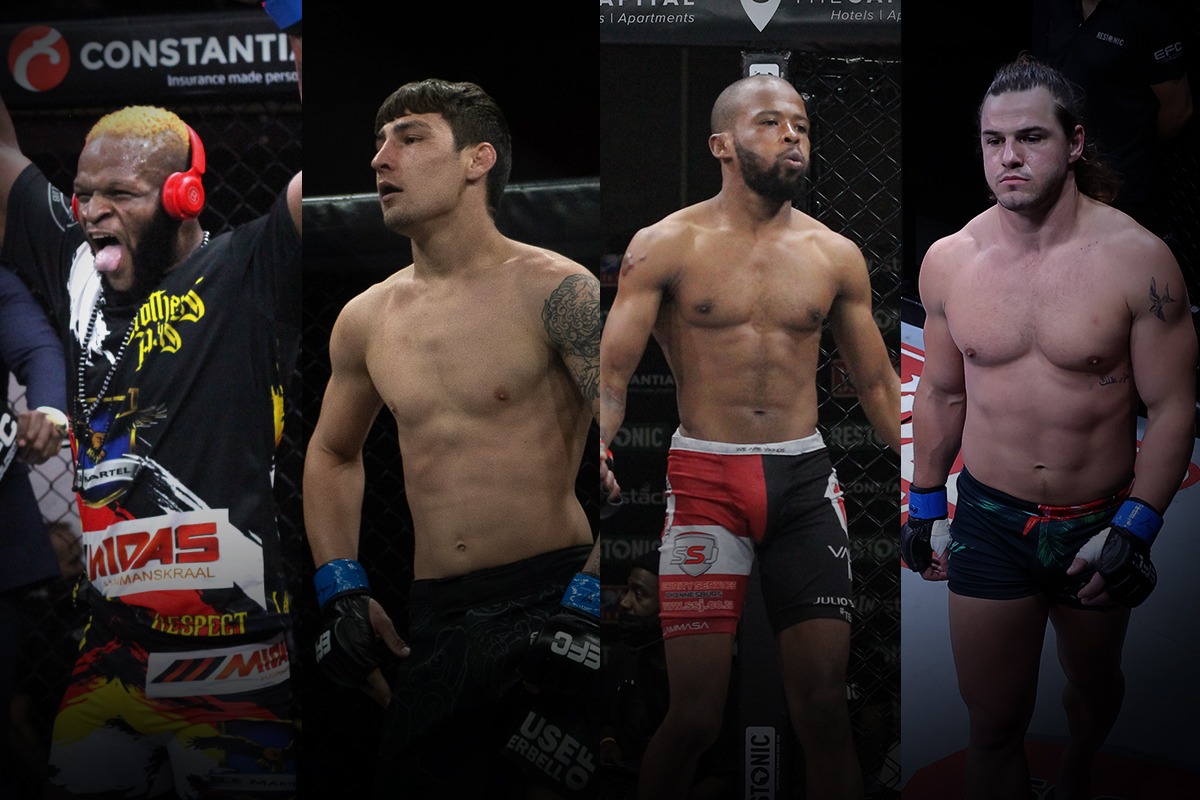 2021 saw the return of African MMA as the EFC came out of lockdown with a full annual schedule once more. The ringing-in of the last quarter of the year saw the birth of a monumental event as the EFC hosted it’s first ever Fight Night.

That event’s primary focus was to shine a spotlight on the lesser-known talent within the promotion, as well as to give those fighters the chance to prove themselves and potentially move up the rankings.

The co-main event saw Pupanga Tresor take a Unanimous Decision victory over Kaleka Kabanda which put him in line for a championship opportunity.

Now, the EFC is ready to host it’s second installment of the series. Although there are some well-known names that are set to feature on the card, the event remains true to its original intention, just with a broader approach this year.

Serving as the main event of the evening, former EFC Champion Nkazimulo ‘Zuluboy’ Zulu takes on one of the well-respected Pitbull Brothers’ gym’s most dominant fighters, Gian ‘Patolino’ Souza, in a bantamweight bout which has huge championship opportunity implications.

Preceding that, rising undefeated star Bradley ‘The Nightmare’ Swanepoel looks to make it 4-0 as he goes up against a man who believes that anyone who wants to make it in the EFC must go through him, the always-electric Tumisang ‘The President’ Madiba.

May 7th promises to be an exciting, action-packed night filled with opportunities for all 26 fighters set to fight at the event.

EFC matchmaker, Graeme Cartmell, had this to say about what makes an EFC Fight Night event so special:

“There’s no pressure on a Fight Night for the fighters to worry about titles and accolades. It really is about carving out the next contenders, the people that are going to put up huge fights in order to do what they love most. They end up letting their hands go, they end up having far less pressure on the fight from a positional standpoint or a divisional standpoint. It really is just about just mixing it up, and that’s why Fight Night adds a lot of great action to the roster! We end up having more performance bonuses issued out at a Fight Night. You end up really sitting back and thinking, “Wow! Those guys really delivered!”

“Fight Night is an opportunity for some of the hungriest fighters to move up the divisions. It’s a showcase of some of the best talent we’ve got that need match-ups to improve their divisional rankings and, by this virtue, they end up producing some of the best fights we’ve ever seen. Our first Fight Night was such a success that we had no choice but to repeat the format!”

It all goes down on Saturday, May 7th, live from the EFC Performance Institute in Johannesburg, South Africa!