FIGHT NIGHT IS LOCKED AND LOADED! 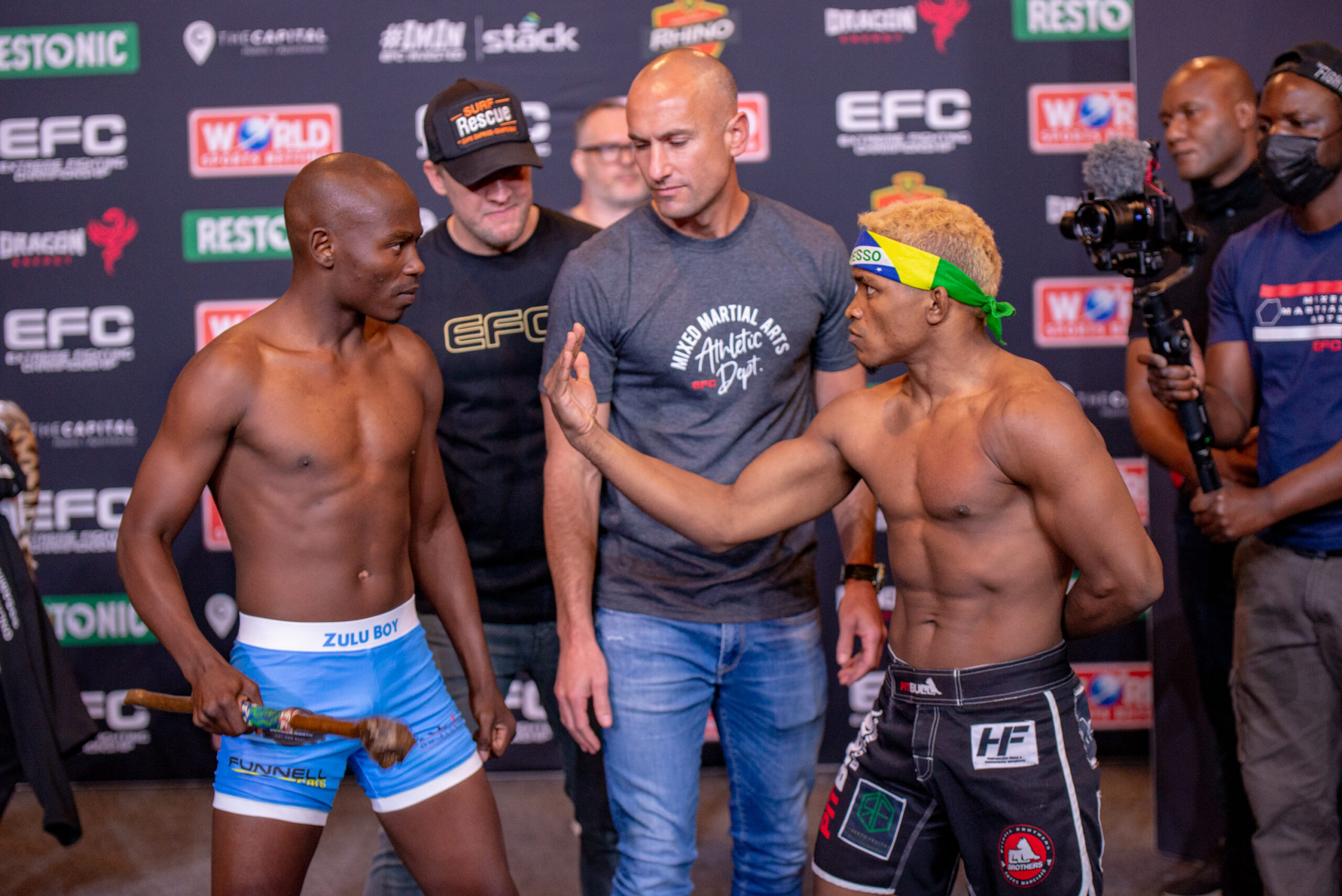 Johannesburg, South Africa – The second ever EFC Fight Night ever is official!

All athletes passed their pre-fight medicals and were deemed fit and ready to step into the Hex. After some initial failed attempts, most fighters managed to work off the excess weight by the time the ceremonial weigh-in took place. With only two fighters missing the mark and consequently taking a weight penalty, the full 12-fight card remains intact.

There was no shortage of confidence on the scale as all fighters, from top to bottom, were anxious to face their opponents ahead of their clash.

The co-main event face-off got intense as Tumisang Madiba and Bradley Swanepoel looked to impose fear in the mind of the other whilst in the main event face-off, Nkazimulo Zulu and Gian Souza had bold predictions for the outcome of their clash, with both vowing to end the fight in emphatic fashion.

EFC Fight Night promises to be a volatile showcase of the best rising stars that Africa’s leading promotion has to offer.

Betting on all the EFC Fight Night 2 bouts is available with World Sports Betting.

Prelims and main card bouts will be available live on www.efcworldwide.tv

EFC Fight Night 2, Zulu vs Souza, is presented by World Sports Betting and takes place on Saturday, 07 May 2022 live from the EFC Performance Institute in JHB, South Africa. This event is closed to the general public. Broadcast information at www.efcworldwide.com.