EFC 95 action to kick-off in style! 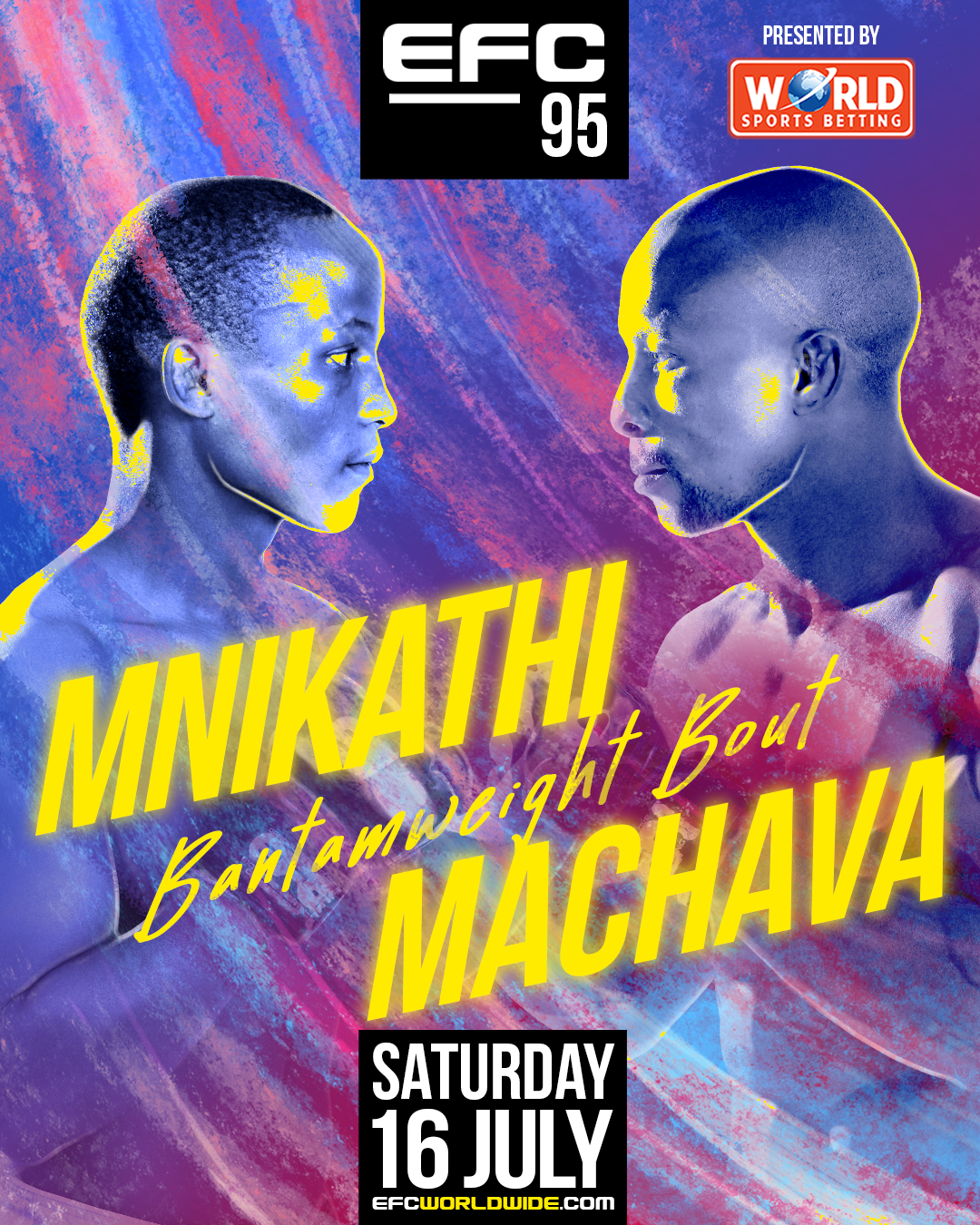 While it may be the main card of EFC 95 that everyones talking about, particularly the crazy title fight between Igeu Kabesa and Nerik Simoes, its the prelim bouts that are threatening pure knockout action with a wealth of experienced athletes returning to the Hex!

Kenyan kickboxer Brian Seret is hell-bent on reversing his debut loss in a match-up against Kabesa’s training partner TC Khusu who hopes to reverse his own losing streak with his last win being against Roevan de Beer at EFC 67. De Beer also features against the up-and-coming Martin Gcinumkhondo who rides a wave of hype following a superb TKO victory at EFC 93. De Beer famously lost his title contendership slot in a one-sided defeat against now-champ Cameron Saaiman and is desperate to remind fans that he’s a force to be reckoned with at 135lbs.

Two other undercard athletes also hungry for redemption are Jaco du Plessis and Rob Simbowe. The Zambian ‘Black Tiger’ was furious after losing his last fight to Boule Godogo on a spurious technicality, and now faces Mamelodi’s Bonecracker, Given Majuba who enters the bout coming-off a loss to co-main eventer HP Van Staden.

CIT’s undefeated Jaco Du Plessis is keen to replicate his teammate and UFC namesake with a continued win streak that stretches from amateurs through to pro’s after with a superb submission victory in his last outing, but cancelled bouts have bedevilled this young middleweight, particularly at EFC 94 when his opponent was pulled from the card just an hour before the hooter. He now welcomes debutante Maurice Kabamba, a hot local prospect being groomed by Rodrique and Jimmy Kena at Jozi’s Raw Combination Fight Club who is intent to beginning his EFC career with an emphatic finish.

Heavyweight action is back on the card with Gqeberha’s Ivan Strydom facing Nigeria’s Steve Nwosu. ‘The Soldier’ trains with the legendary Gina Ifuki in Cape Town and is still hunting for his first EFC win, but Strydom may be his toughest task yet as the ‘Hurricane’ intends to relive the bone-breaking feat from his last appearance in the Performance Institute where the leg-snap of fellow 265lb’er Willem Smith went viral around the world.

The featured prelim bout is a veritable FOTN candidate between KwaZulu-Natal’s dangerous veteran Sizwe Mnikathi and Mozambiques Orlando Machava. Mnikathi’s record belies his experience and continues to improve with every showing, particularly now that he’s training out of Pretoria’s renowned CIT. But the ‘Mean Machine’ has also upped sticks and now finds himself amongst a growing fight team that continues to impress on the bigger stage; the House of Tinkerbell under EFC stalwart JP Kruger.

With Stevo Law hunting his first win against debutante Ruffus Mantshiumba and Tumelo Manyamala facing Lukhmaan Jhazbhay there are a total of 8 prelim fights at EFC 95 that are bound to put pressure on the main card fighters for performance bonuses and worldwide airtime. You can catch all this incredible undercard action at www.efcworldwide.tv on Saturday July 16th.