The 135lb division has a new King 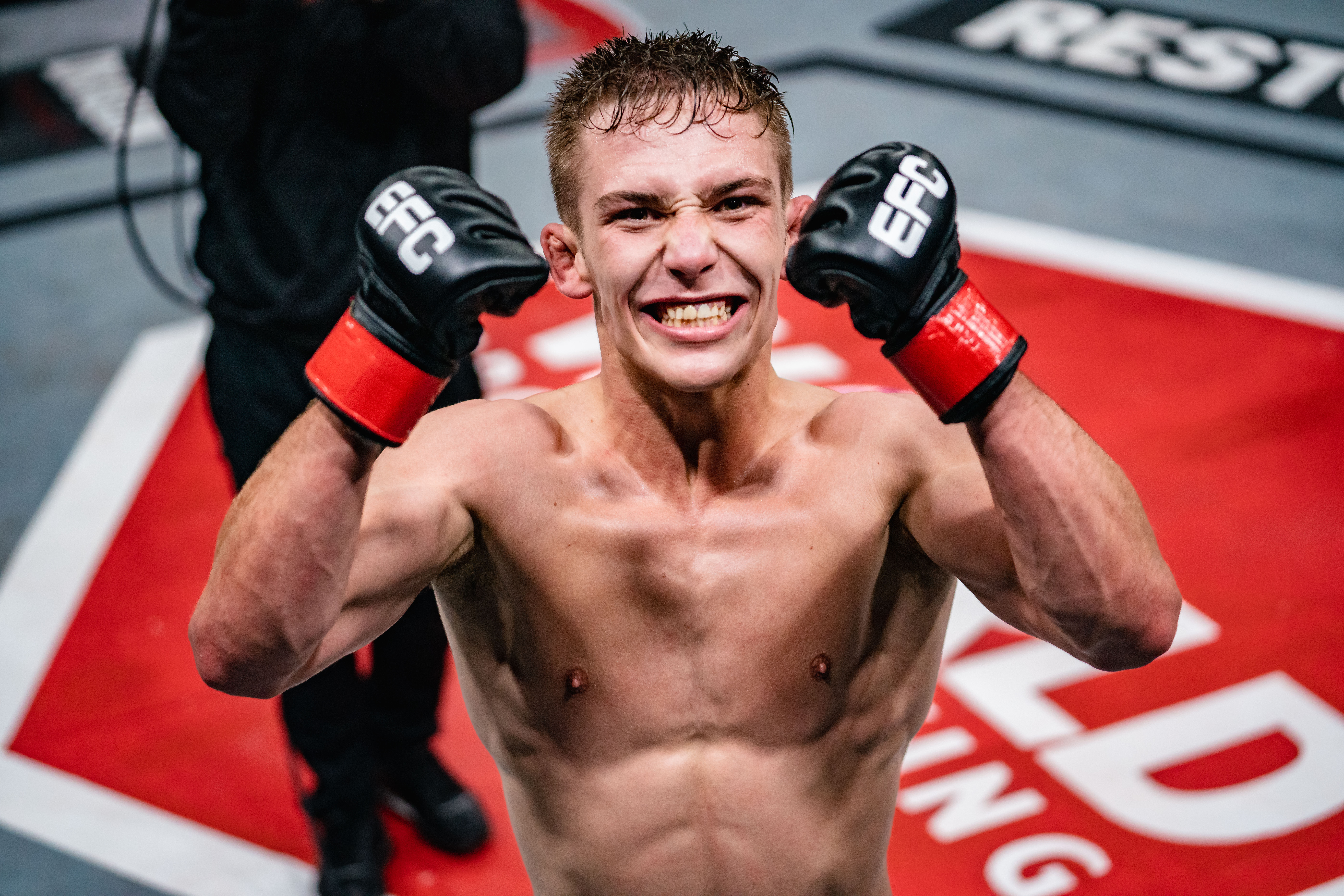 Johannesburg, South Africa – EFC 94 has come to an end and what a show it was!

EFC 94 made sure to set the pace for the remainder of the year ahead of December’s monumental EFC 100 event and with 20 athletes on the card, fight fans were treated to a front row experience of some of the most passionate and determined fighters that the African continent and beyond has to offer.

The preliminary card started-off with a mixed variety of fast finishes. To close out the prelims, it was a showcase of the DRC’s finest with Rodrique Kena slapping on a d’arce choke which set into motion the fast pace of the rest of the night. Matching that passion, Emmanuel Sita managed to get a TKO finish to avenge his debut loss over Ghana’s Jonathan Lamptey.

Smit Steyn continued his unbeaten run with a first round arm-triangle finish over Jonathan Euro. The next fight was a heavily anticipated heavyweight bout which saw some of the night’s hardest-hitting trades but it was Nico Yamdjie who proved to be superior with a TKO finish over Sholto Luiters.

The co-main event ended in astonishing fashion as the flyweight scrap between Salahuddin Plaatjies and Magno Alves ended with a KO finish in Popeye’s favour courtesy of a hail mary left hook in the third.

The main event of the evening was as intense as many expected it to be. The challenger and bookies favourite, Cameron Saaiman weathered the early storm to take the judges decision in a superb back-and-forth war to take the belt from Gqeberha’s Sindile Manengela. After the first two rounds which saw Manengela control the CIT youngster on the ground, the tide turned with Saaiman showing why he is touted as one of the best mixed martial artists in Africa with dynamic striking and lightening-quick scrambles on the ground which ultimately swayed the judges to hand him the Bantamweight golden buckle. His teammate Nerik Simoes now faces Igeu Kabesa for the featherweight crown at EFC 94 in July.