KABESA AND SIMOES TO CLASH FOR THE ULTIMATE PRIZE AT EFC 95! 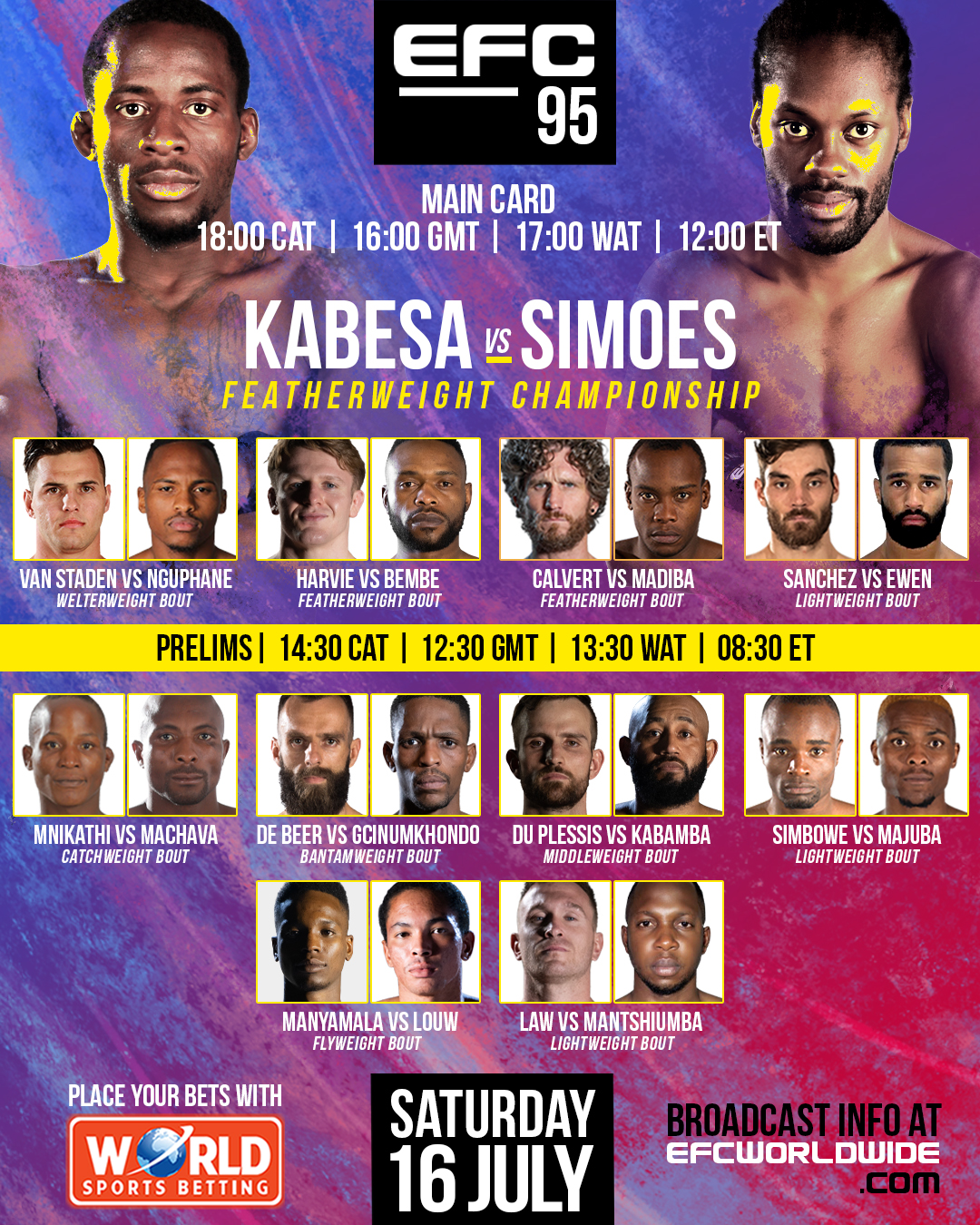 Johannesburg, South Africa – EFC is back with yet another exciting fight card and it’s high stakes from top to bottom!At EFC 86 in June 2021, the EFC Featherweight division witnessed a major shift as Brazil’s Reinaldo Ekson ascended the ranks and claimed the 145lb gold. Now, following Ekson’s decision to relinquish the title, the division awaits a new champion. Self-proclaimed ‘King’ of the featherweight division and two-time former champion, Igeu ‘Smiley’ Kabesa looks to claim the top spot once more and become the first ever three-time champion since the EFC’s inception. On the opposite side of the Hex, Team CIT sends forth their rising powerhouse, Nerik ‘The Beast’ Simoes, with hopes of adding to their collection of belts.

In the penultimate bout of the evening, fight fans could witness the rise of a potential number one contender for the Welterweight title as HP ‘Tropical’ van Staden and Peace ‘X’ Nguphane clash for silver status. Scotland’s Keir Harvie also makes his return to the Hex against the electric Vince Bembe, with both athletes hoping for a dominant win that will move them up the featherweight divisional ladder.

A chance at redemption is up for grabs for both Ashley ‘Padre’ Calvert and Tumisang ‘The President’ Madiba in a crowd-pleasing battle, also in the 145lb category. Kickstarting all that action, the main card curtain-raiser will see Adrian ‘Rayo’ Sanchez welcome Scotland’s Mark Ewen, who makes his promotional debut.Preceding the stacked main card action, there will also be six preliminary fights which could see major shifts in multiple divisions across the board!

EFC 95, Kabesa vs Simoes, is presented by World Sports Betting and takes place on Saturday, 16 July 2022 live from the EFC Performance Institute in JHB, South Africa. Limited tickets to the event available on Howler. Broadcast information at www.efcworldwide.com.