ALL THE GOLD STAYS ON THE AFRICAN CONTINENT AT EFC 96!

As one champion retains, a new one is crowned 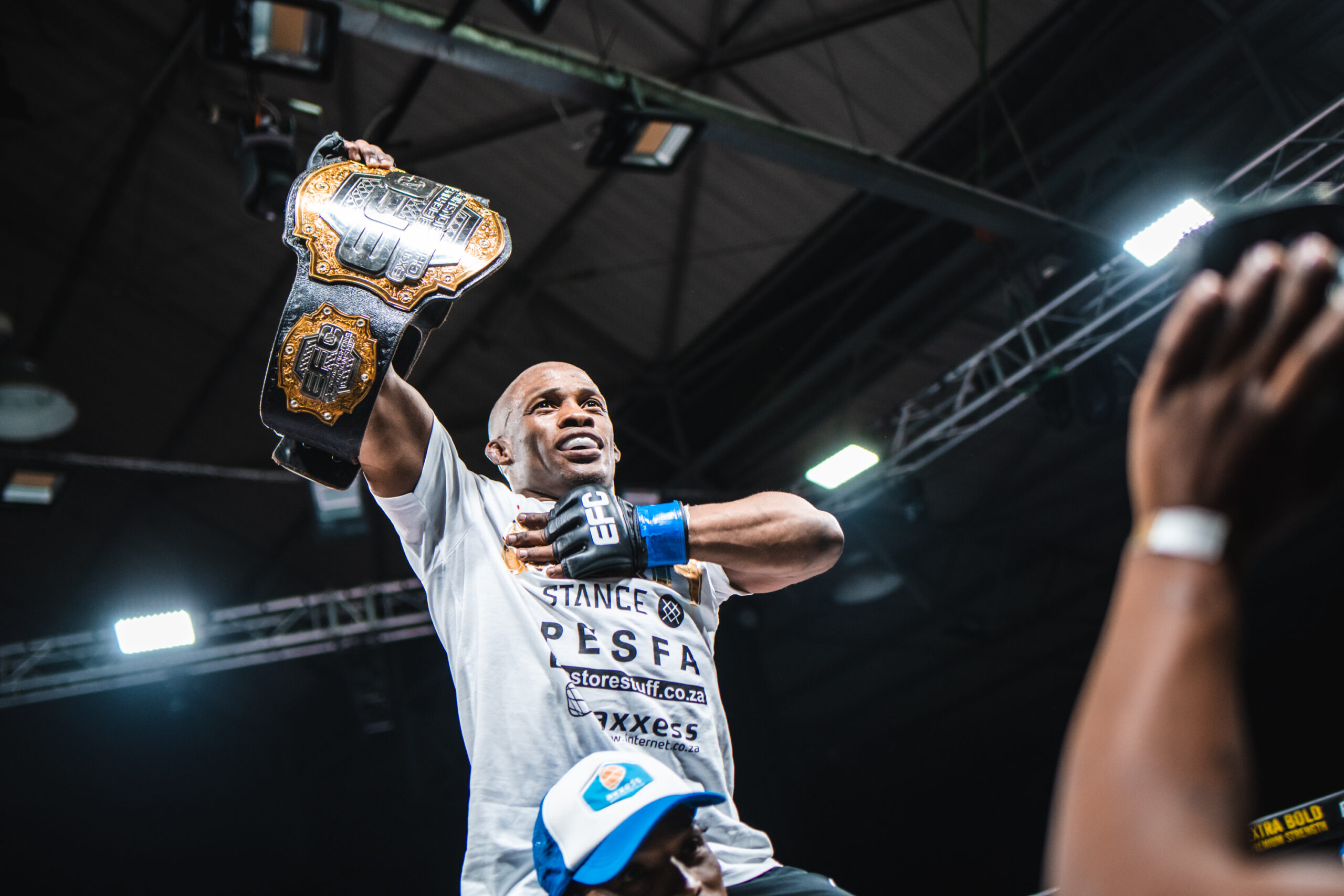 Johannesburg, South Africa – EFC 96 marked the organisation’s move back to Thursday nights and, with the incredible action that took place at the EFC Performance Institute, fight fans head into the weekend on a remarkable high!

With most fans in attendance just coming off of their work day, this was the perfect event to wind down into the evening. The event went off without a hitch and saw a significant amount of the fights go into the third round. This allowed the fighters’ technicality and endurance to show itself in the best way inside the Hex.

The stakes were high all throughout the card and featured some debutants who were looking to make their presence felt immediately within the organisation. For others, this was the chance to elevate themselves in their divisions and look for an opportunity to be adorned with gold.

The overall card delivered a mixed bag of finishes. Whilst the first two fights of the evening went the distance, the sole lightweight fight on the card turned the heat up with an explosive performance from both Tapiwa Katikati and Glody Kanzeko. Ultimately, ‘The Mighty Warrior’ delivered some devastating strikes which made Kanzeko yield.

Senegal’s debuting Demba Seck was one that was certainly intriguing to fight fans and, matched up against Team CIT’s Stephan de la Rey, this was sure to be a fight that many wanted to see. Seck managed to get the split decision victory and certainly is determined to add his name to the EFC’s growing featherweight division.

One of the highly anticipated bouts on this card was the women’s strawweight fight between Jessica Mouneimne and Haidy Ahmed. Following yesterday’s weigh-in face-off that got physical, the ladies had no love lost between them and they held nothing back. Although Ahmed fought to stay in it, ‘G.I. Jess’ came out the victor in the first round.

The co-main event upped the ante as Brazil’s Gian ‘Patolino’ Souza and Zimbabwe’s Nicholas Hwende took to the Hex in their title match in hopes of claiming the interim 135lb gold. At each passing moment, the tension continued to rise as the two traded shots and wrestled on the ground. Ultimately, Hwende got the finish towards the end of the third round. With Hwende being crowned the interim Bantamweight champion, this marked only the third time in the EFC history that a Zimbabwean claimed a title.

Whilst the co-main event saw contenders desperate to claim gold, the main event saw a champion equally desperate to keep his flyweight championship belt around his waist but standing in front of him was a determined and fired up challenger. Luthando ‘Shorty’ Biko was cool, calm and collected as he took to the Hex ready to face the first challenge to his reign as the King of the Flyweights in Brazilian Magno ‘Popeye’ Alves. The fight went on for a full three rounds and, in the fourth, the crowd was riled up and calling for the champion to prove why he is the division’s top dog as he promised in his post weigh-in speech. The people called and the champion answered as he finished his determined challenger. Now, Biko returns home to Gqeberha with the gold and awaits the next 125lb contender worthy of a chance to stand across him in the Hex.

The flyweight division will remain the focal point for our next event on the 8th September – EFC 97. Headlining that card will be a non-title five round match-up between the ever-exciting Gift ‘The Day’ Walker and France’s incoming KO artist Boualem Sahraoui.