‘THE HITMAN’ AND ‘THE OLD MONKEY’ TO CLASH FOR INTERIM GOLD AT EFC 100! 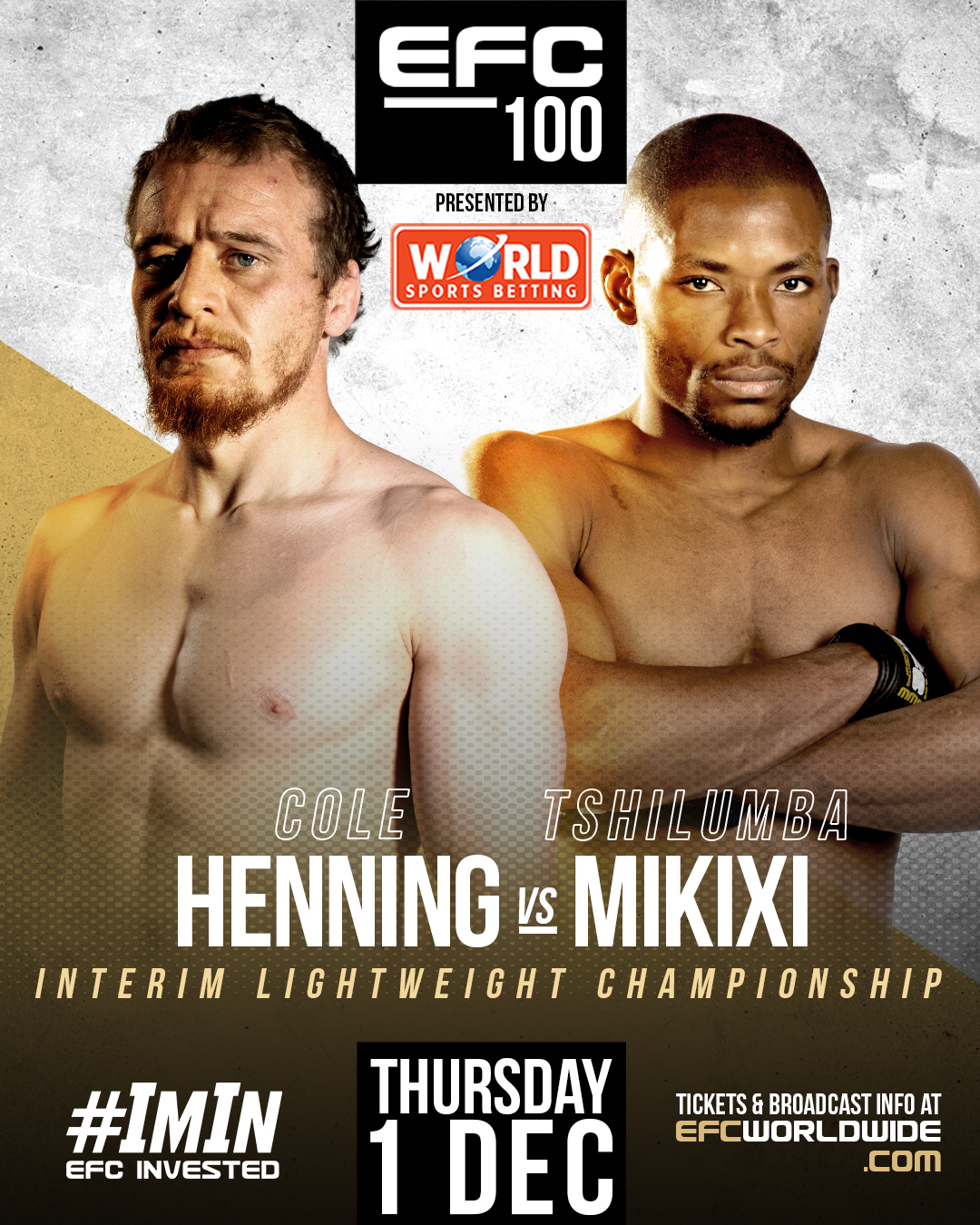 JOHANNESBURG, SOUTH AFRICA – With EFC’s landmark centennial event fast-approaching on the 1st of December, another incredible title fight has been added to what is already the greatest card in the history of African MMA at EFC 100. With Lightweight Champion Joe Cummins originally slated to defend against Cole Henning but now unable to defend his belt due to other commitments, two of the division’s top contenders will battle it out for the interim title, with a unification bout scheduled for early 2023. Henning will now face the undefeated Tshilumba ‘The Old Monkey’ Mikixi with both athletes coming-off first round knockouts, being lightning-quick on the feet with a love to keep the battle standing in the hunt for a highlight-reel finish. What’s even more compelling about this massive fight is that Henning and Mikixi are former teammates from Pretoria’s Brothers In Arms gym, even though ‘The Hitman’ has now forged a new path to his own fight camp. With a title on the line between two incredibly powerful and dynamic strikers who know each other’s strengths and weaknesses well, this bout elevates the EFC 100 card to truly stratospheric heights with three other championships being contested; the women’s strawweight title between Jessica Mouneimne and Alice Ardelean, the bantamweight title between Nicholas Hwende and Nkazimulo Zulu as well as the rematch for the middleweight belt between Luke Michael and Pupanga Tresor headlining a 13-bout card featuring the greatest fighters competing on the African continent today, EFC 100 is an event that will have every sports fan across the world glued to their seats on the 1st of December!